Vital Thrills recently got a chance to chat with the cast and crew of Netflix’s Army of the Dead, the zombie horror thriller coming to the streaming service on May 21, 2021.

In Netflix’s Army of the Dead, following a zombie outbreak in Las Vegas, a group of mercenaries take the ultimate gamble, venturing into the quarantine zone to pull off the greatest heist ever attempted.

Snyder spoke about where the idea for the film came from. “I guess it started for me – we had made a movie a while ago called Dawn of the Dead, which was a remake of the George Romero classic. And in the making of the movie, I kind of went on this deep dive into genre and sort of genre tropes and what is a self-aware film, like where is that line between when a movie knows it’s a movie?”

The filmmaker added: “And you’re in a movie that knows it’s a movie, there was a real crazy conversation I was kind of having just as far as my perspective on that.

“And when I finished the movie, for the couple years after that, I kept thinking about that conversation and sort of developed this idea about a zombie plague that – where the zombies come from Area 51.  And they end up in Las Vegas, and they build a wall around a Vegas.

“And it was really sort of born out of a lot of movies like Escape From New York and the original Planet of the Apes and Aliens and a lot of Die Hard, a lot of these kind of really intense genre films sort of that I sort of grew up on.  I was sort of fascinated by the rules of those movies and that they’re what an audience will accept as a trope or as a sort of preconceived idea that like when you make a zombie film, how far will the audience go with us into these worlds.”

Deborah Snyder said that after Dawn of the Dead, they didn’t want to “go back-to-back and do another zombie movie,” so they developed it for another director. “We were trying to figure out what we were going to do next, and I remember Zack said, ‘Well, what about Army? Like what if we take a look at that, because I think enough time has gone by.'”

The Snyders were asked about mixing genres, since this film is both a zombie movie and a heist movie. Zack said, “I guess as a human being having evolved from when I made Dawn, and just sort of the relationship I have with my children and being a dad, and really like I feel that part of the movie became a lot more important to me than maybe it was 15 years ago.” One of the storylines in the film is the reunion of an estranged father (Bautista) and daughter (Purnell).

Bautista plays a man who had to do something awful to save his daughter, and their relationship suffered from it. He’s also got quite a lot of action scenes. Bautista spoke about how this is different from other action films he’s done.

“I’ve gotten to do films where I had a lot of action, but I’ve never gotten to do a film where I really got to show off my range as an actor. When this first came to my attention, I wasn’t all that interested in it because it was described to me as a zombie/heist film. I thought it was just an action film. It wasn’t what I was looking for. I was really set[ting] out to prove myself as an actor.

“When I found out that Zack was interested in me playing Scott, I read the script and it was completely different than what I thought it was going to be. It afforded me the opportunity to really kind of show off all different sides of me from being that badass action guy to being a father who’s just trying to redeem himself with his daughter, so that was kind of what sold me on the project.”

Raul Castilo spoke about playing a “go for broke type of guy.” He said of his character, Mikey Guzman: “I think Mikey is one of the few characters that’s actually from Las Vegas [where the film is set], and he, along with Chambers, played by Samantha Win, have become these sort of tag-team zombie killers.” He’s also an influencer, and a gamer, and Castilo said those skills translated into zombie killing.

Hiroyuki Sanada plays the money guy behind the heist, and he revealed what it was like working with the Snyders. “It was an amazing experience, Zack and Deborah have great passion making movies… Zack was the happiest guy on set, I mean, creating, enjoying and holding camera, you know, so creative-feeling.”

Huma S. Qureshi spoke about being from India and wondering how Zack Snyder makes “these amazing, beautiful films. I think when I got an opportunity work and be a part of his universe… he and Deborah and Wes, I think they just make such a great team and they take such good care of you. At the same time, there’s so much passion and excitement about every single day, doing something. It’s really been a wonderful experience.” Garret Dillahunt agreed, saying, “I’m really, really proud to be among this group of people and to have been included.”

Zack also spoke about the Alpha zombies in Netflix’s Army of the Dead, who act rather differently to the ones we’re used to seeing on screen. “One of the main thesis I had when we were thinking about the movie was that this notion that zombies… were an evolution, but also represent maybe even a replacement. Like the idea that not only were they going to be this next level of zombies that could run around and think and act like sort of pack animals.” He said that they don’t need us as living humans and that they could almost replace us.

Tig Notaro, who was lauded on social media for the coolness she showed even in the trailer, is a highlight of the film. She joked that the funniest part of the film is that she wasn’t with the rest of the actors for most of the film. Ana de la Reguera said, “The most surprising thing was to see Tig in the movie. We’re like, where the f*** is she?”

Omari Hardwick said he loved the zombie tiger (which you can see in the trailers) most of all. He also called Matthias Schweighöfer’s character “Mel Gibson to my Danny Glover of sorts.” He said, “so once I saw the zombie tiger, I was like, ‘Oh Zack Snyder, you freaking genius, you.'”

He also joked about getting in shape and putting on weight for the film so Dave Bautista didn’t look so much bigger than everyone else. “Everybody was on me about eating, from Mattias to Nora to Ana to Ella, who plays sort of my niece in the movie… so I got to 190, 195.”

Notaro joked about bulking up. “Well, I want to say I also, uh, buffed up for the role. I didn’t want Dave and Omari to be alone in their huge, buff ways… so after I buffed up,” she laughed.

“I’m not an actual helicopter pilot in the real world. When you see me pushing buttons and flipping switches in the helicopter, I was doing my best… I would say the character is me heightened a bit, but also, I feel like if I ran around my real life acting like that, nobody would really flinch too much.” She also laughed about the press conference being where she was meeting the cast for the first time.

Purnell spoke about playing Kate, the daughter of Dave Bautista’s character Scott. “…each character has the physically-impressive stuff from the action side of it, and each character has sort of an emotional thing to overcome, whether it be self-transformation or realizing that you value people or morals over money.

“What I like about this is – is this the best time for Kate and Scott to figure out their relationship issues in a zombie environment, life or death situation? Probably not, but the fact that it happens is so tender and realistic and raw.”

One fun fact we learned from Zack is that there are no zombie birds in Netflix’s Army of the Dead, because they’re immune to the plague. Why? “Because if they weren’t, they could fly out of Vegas [which has been walled off] and then the whole movie would make no sense.”

Are you guys excited for Netflix’s Army of the Dead? Let us know in the comments or tweet us @vitalthrillscom. 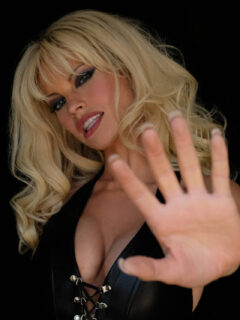 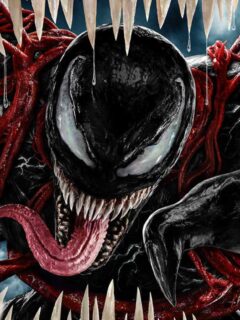 Next
The Trailer for Venom: Let There Be Carnage!
Click here to cancel reply.
Disclaimer: This post may contain affiliate links through which we earn a commission if you decide to make a purchase, at no cost to you. As an Amazon Associate, we earn from qualifying purchases.
Try Paramount+ for free for 1 month! Click here for details.