Black Widow Movie Review: One of the Better MCU Entries

Marvel Studios can call Black Widow a Phase IV movie in their Cinematic Universe if they want, but with the exception of the obligatory post-credit scene, this movie is Phase III all the way. You could slot Black Widow right after Captain America: Civil War or right after Doctor Strange, and it would fit perfectly.

In fact, I’m likely to do that with any subsequent Infinity Saga viewings. Not only does it fit perfectly there, it gives Natasha Romanoff (Scarlett Johansson) the full character arc that both that character and Johansson deserve. This movie should have been made four years ago.

(You’re reading a review of a Marvel Studios movie; I’m just going to roll with the assumption that you’ve been following these movies and television shows so far. While I won’t spoil the surprises of Black Widow, it’s futile to try to review around what we’ve already seen. As a standalone film and as a part of a bigger story, this review will have to spoil what has happened so far.)

There are many reasons why we are just getting this film now — obviously, the pandemic put things on pause for a year — but outside of all the politics and the difficulties in making a big-budget superhero movie, this is long in the making and just as essential to the overall story as the other films.

Natasha does not have any superpowers, other than being raised since a child to be able to take out a room full of hostiles with little effort. She does not have a suit of armor like Tony Stark, or the sense of patriotism of Steve Rogers. Natasha’s loyalties come from a sense of right and wrong, but she has also walked on both sides of that equation more than once in her life, sometimes by choice, and sometimes not.

Underneath everything, however, is what drives Natasha to do what she does – she is always in search of a place to belong, of a place in the world to call her own, of home. Before now, the story of Black Widow may not have been essential to the larger story, but after Black Widow, I cannot imagine the Infinity Saga without it.

Pursued by the forces of General Ross (William Hurt) after the events of Captain America: Civil War, Natasha decides to take herself off the grid and lay low for a while. But events conspire to bring her back into action: before she was an Avenger, Natasha was a global assassin for an organization called the Red Room, created and managed by the mysterious Dreykov (Ray Winstone).

It was Natasha’s assassination of Dreykov that allowed her to join the Avengers. Now it appears that he is alive and resuming operations, with his cadre of Widow assassins, led by the masked Taskmaster. The only way Natasha can get to Dreykov is through her estranged spy family – “sister” Yelena (Florence Pugh), “father” Alexei (David Harbour) and “mother” Melina (Rachel Weisz). Natasha has spent her life trying to escape the Red Room, and now she intends to close the ledger on that part of her life forever.

The action of Black Widow is impressive — yes, there are moments of CGI excess; this is a Marvel movie after all — because it remains character based. Each fight and each chase reveals something new about everyone – how Yelena looks up to Natasha even as she tries to punch her lights out or Alexei reveals how much he still cares for his surrogate family.

Director Cate Shortland keeps the action intense and immediate, but makes sure that the characters aren’t forgotten amidst the chaos.

Shortland also does not forget to keep the film centered on Natasha’s story, even with the scale and the added characters. This is a film about one woman’s search for purpose and place, and Scarlett Johansson has lived with this character for ten years now. Outside of too fleeting moments in the rest of the MCU, this is the first time we really get to see what makes Natasha tick and Johansson gives Natasha real urgency and purpose.

Even while we know her fate in later films, Black Widow succeeds in causing us to reevaluate her character throughout the entire Infinity Saga. Natasha Romanoff’s journey is just as important to the Infinity Saga as Tony Stark’s, or Thor’s, or Steve Rogers’. With Black Widow, we now fully understand Natasha’s place in the story, and how essential she really is to the Marvel Cinematic Universe.

Johansson is helped by a stellar supporting cast, each of them building on the framework being laid down in Black Widow. Florence Pugh is an outstanding addition to the MCU and runs away with the movie whenever she can. Yelena has vigor and is just as capable as Natasha, with a wry humor that adds spirit to the proceedings (the “action pose” running gag is delightful).

We will likely see more of Pugh in later shows and films, but the chemistry she has with Johansson is wonderful and Pugh and Johansson boost each other’s work. David Harbour’s Alexei is a lot of fun, his character constantly comparing himself to Captain America and full of an inferiority complex. Rachel Weisz holds her cards close to the chest with Melina, but it is paid off in the twists of the story.

If there is a weak link, it’s in Ray Winstone’s Dreykov – a bit too much James Bond villain and comic book villainy, but it’s also expected. The best moments of Black Widow aren’t the action scenes anyway, well done as they are. As Dom Toretto in F9 would say, it’s about family. Natasha’s search for family wherever she can find it is the emotional spine of Black Widow, and gives the movie genuine poignancy and emotion.

As comic book fans know, no one who dies in comics ever really dies. Regardless of whether Natasha Romanoff returns or not, with Black Widow Scarlett Johansson has given us a full, satisfying arc with this character. Will we see Black Widow again? Perhaps. If not, Black Widow gives Natasha Romanoff the send-off that she deserves, and makes the Marvel Cinematic Universe that much better as a result. This is one of the better MCU entries – perhaps not as good as the Avengers films or Captain America: Civil War, but it stands tall with the rest. It’s good to have Marvel Studios back at the movies again.

Marvel Studios’ Black Widow launches simultaneously in theaters and on Disney+ with Premier Access in most Disney+ markets on July 9, 2021. 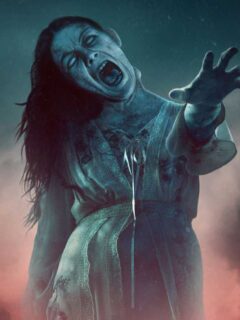 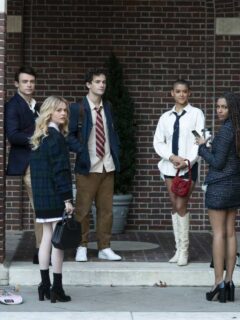 Next
Gossip Girl Season 1 Episode Details
Click here to cancel reply.
Disclaimer: This post may contain affiliate links through which we earn a commission if you decide to make a purchase, at no cost to you. As an Amazon Associate, we earn from qualifying purchases.