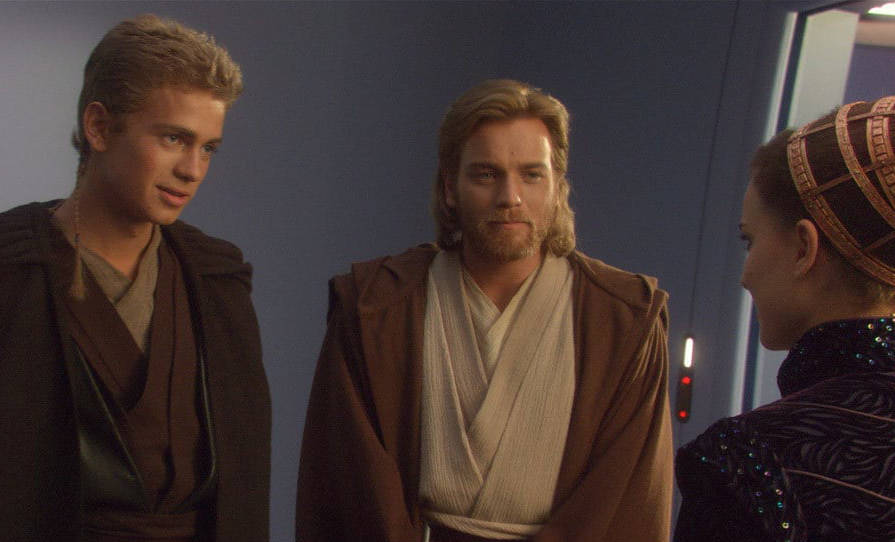 Star Wars: Episode II Attack of the Clones – A Look Back

The transition film from the ‘throw everything out/subvert expectations’ wildness of The Phantom Menace to the original trilogy bridge that is Revenge of the Sith has to do a lot, maybe more than any one film really could. It has to maintain its experimentation with language, color, sound, and design while also incorporating some ideas from the previous films (something the first film did as much as possible to avoid) and close the narrative gap between the two stories. It’s no wonder the film comes across as so schizophrenic.

Most of this is a logical extension of both the experiments with style and language from The Phantom Menace and the deeper influences of the medieval romantic tradition. On the one hand, it continues developing McGregor’s Kenobi into something closer to expectations of what is younger self would be like, as well as the Jedi Order he is a part of. It takes ahold of the idea of futuristic knight errantry as the motivating narrative instrument and displays it in its purest form. On one level that means a lone Jedi tracking a mercenary across the universe playing verbal and physical cat and mouse, fighting monsters in a giant arena and battling enemy armies. It also means a young knight tempted to turn over his ideals for worldly gratification and classical attempts at courtly woo. It’s a lot, and a lot of something which hasn’t been part of the mainstream (at least not in the way its depicted) for quite some time.

Made on a compressed schedule, necessitating bringing in co-writer Jonathan Hale and bringing in lots of ideas as well, Attack of the Clones is all over the place. Intending to pinpoint the cracks in the galaxy’s society — and through them the cracks which seem to appear in all societies for similar reasons — Clones delves into the organizations which make up the world, which can and does mean more meetings and more meetings about meetings. It also introduces adult Anakin Skywalker, a character until now only really known as his armored alter ego. Just as with younger Kenobi, he turns out to have less gravitas and more issues with his judgment than his middle-aged version, which automatically throws audience expectations off balance. He is also the focus of Lucas’ largest stretch of language style and deepest dive into romantic tradition, which throws audience expectation even more off balance. 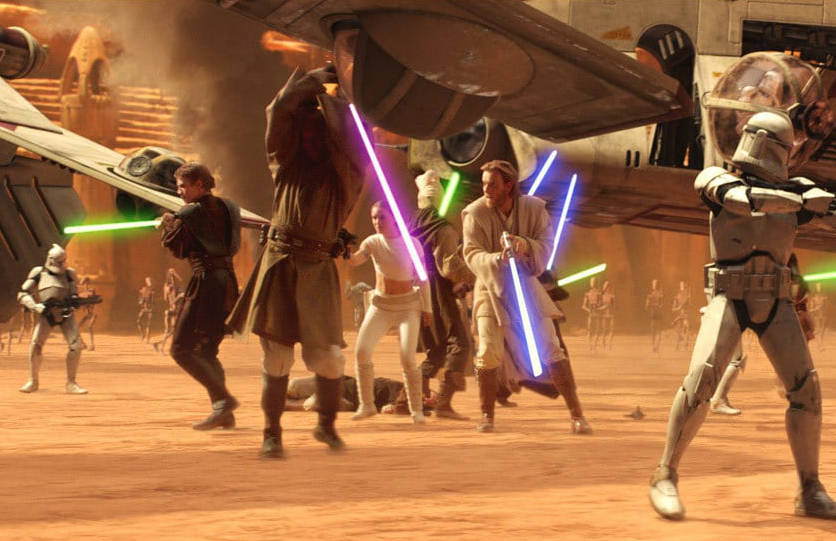 The central sequence of Attack of the Clones, young Anakin’s protestation of love and desire to run away from his duties with (now) Senator Padme, is a direct lift from Chrétien de Troyes and his contemporaries. It’s perfectly in line with the found art aesthetic of the series, grabbing bits and pieces from other milieu’s and sticking them in place, though this is by far the most archaic bit to have been directly translated. At the same time, because of that choice, it is something unlike anything around it. Like A New Hope, it is both old and new at the same time.

It’s an experiment which doesn’t get quite the time it needs to become familiar and thus accepted because Clones doesn’t have time for anything. It’s a whirling dervish of plot and development, a seeming reaction to the frequent meetings and pacing issues which plagued The Phantom Menace. It might even have been lost entirely but for the work of composer John Williams highlighting the romantic elements among everything else. Williams does lifetime achievement level work throughout the prequel films with his major themes — “Duel of the Fates” and “Across the Stars” — standing on equal level with anything from the other films.

Even that only gets an eyeblink before being replaced, as Lucas uses the film to push how quickly information can be relayed and how much can be distributed without the runtime bulging out of control. Characters whizz from one place to another, the canvas of the story continues to expand. The experimentation with color is unreal. Not even The Last Jedi pushes boundaries like this (in part because it works in reverse, removing shades from the palette, but more on that later). The city planet of Coruscant is awash in gunmetal greys, neon purples and bright yellows, and it just gets wilder as the heroes travel deeper into the galaxy unveiling increasingly-unreal locations (in the best of ways). A firm decision has been made that alien planets have to look alien or they are not alien, and all visuals are pushed as far from the norm as possible. 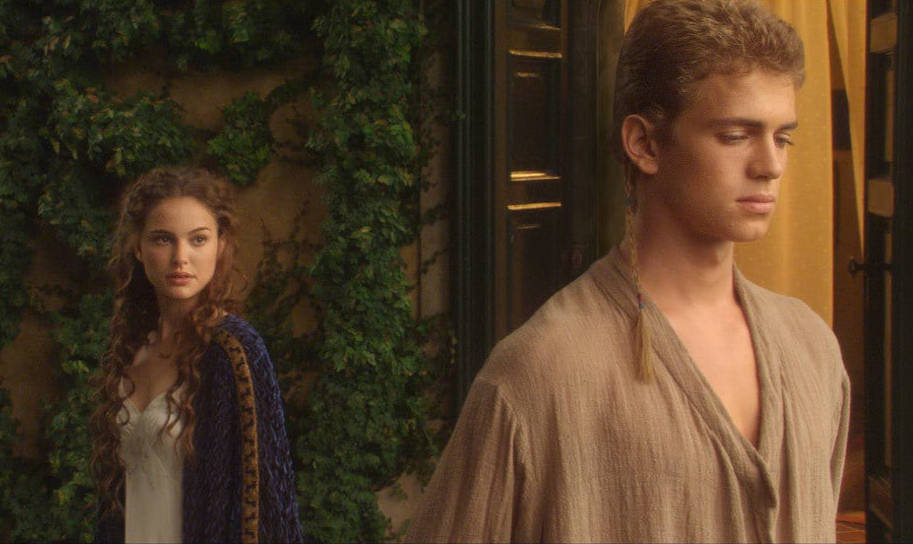 At the same time, Lucas is experimenting in digital capture for the first time, which completely changes itself what colors will look like when brought to an audience. Moreso even than Phantom Menace, Attack of the Clones marks the bridge between old and new blockbuster filmmaking. Just as studio filmmaking changed notably pre- and post- the original trilogy (with some big helping hands from Jaws and Close Encounters of the Third Kind), it did so again with the prequel films. Now, all big budget studio films are made the way the prequels were made. At just a technical level their influence is immense, and much of that influence begins with Clones and the transition to digital cinema.

The end result is a counter-intuitive one – an eyepopping film whose greatest influence happens behind the camera and is less well known than the surface level visuals. It’s also a film which begins to find solutions for the pacing problems of Phantom Menace while diving even more deeply into visual and audial experimentation. That leaves it probably the most difficult of the Star Wars films to take in (maybe tied with The Last Jedi) but the one with the biggest payoff if you do.

Rating: 7 out of 10 (Buy Attack of the Clones at Amazon.com)

NEXT: STAR WARS: EPISODE III REVENGE OF THE SITH

The purpose of Star Wars Thrills is to put all the Star Wars news from the week of October 23, 2020 in one...
Read more
Games

Disney+ has revealed new The Mandalorian Season 2 posters which you can check out below. The second season of the popular series...
Read more