With his unforgettable performances, quotable characters and interesting career choices, Bradley Whitford remains one of the greatest actors in Hollywood today. From his award-winning portrayal of Josh Lyman on The West Wing to Hulu’s drama The Handmaid’s Tale, which has earned him another Emmy nom, he’s continued to wow audiences for two decades.

While promoting his latest gig, the new series Perfect Harmony, Whitford revealed how Get Out was groundbreaking for him, why he was intimidated to guest star on Handmaid’s and if he’d do a West Wing reboot.

Question: How big of a game changer was Get Out?

Bradley Whitford: For me? It was a huge, huge thing. What Jordan did, I’ve never seen a soufflé rise like that. You have no idea when you’re making it. We knew that it was an interesting movie. I knew when I read the script, I was like, “Whoa.” Like I’ve never read anything like that. You look back at how it turned out and you assume that we always knew it would turn out that way. We did not. It was a dangerous script because if you get that tone wrong, it could be a disaster. And it was a four and a half million dollar movie shot in 21, 22 days. At best it would be a really loved $30 million movie and then it’s turned into this explosion. But it was Jordan. Jordan really knew what he was doing.

Q: When you’re in on the ground level with somebody like that, a director like that, do you just kind of say, “Whatever he wants to do, we’re going to do?”

Whitford: No, actually the best directors, whether it’s Jordan, Steven Spielberg, they want you to engage creatively. They really do want you to collaborate. It’s only the insecure directors…

Q: Who do line readings?

Whitford: Yeah, yeah, who don’t allow themselves to be surprised. And again, that’s what Spielberg wants too. And they’re very collaborative and Jordan is just an incredibly kind, sweet, brilliant guy. And it was very loose on the set and he’d direct us as Obama. It was fun. 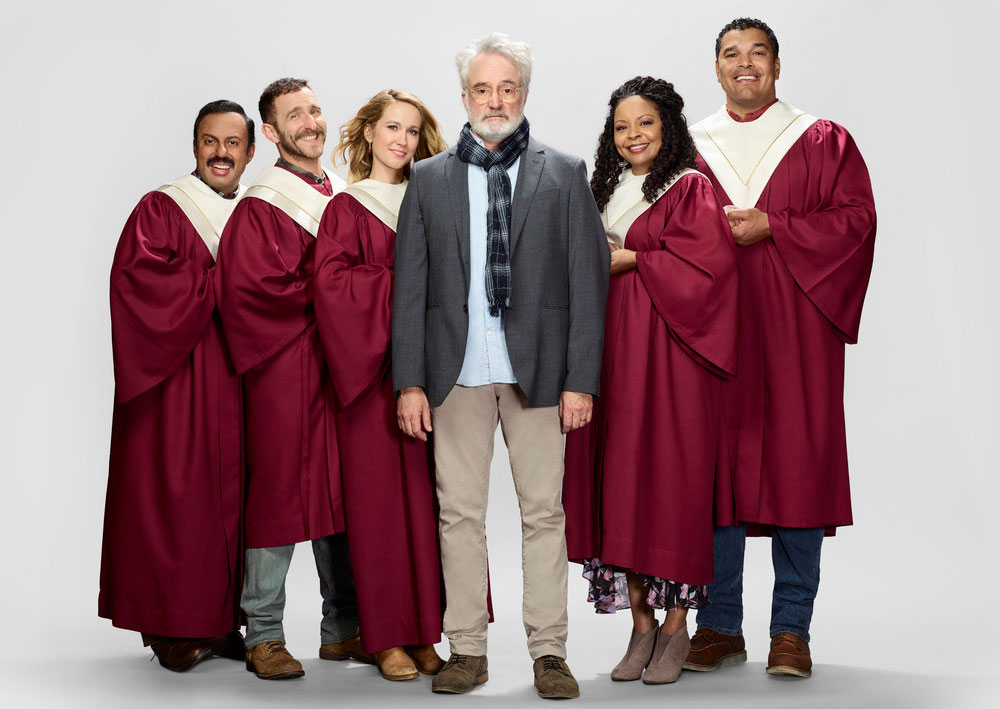 Q: Congratulations on your Emmy nomination for “Handmaid’s Tale.” Any funny, cute stories about where you were when you heard the news or how you celebrated?

Whitford: I was asleep when the phone started ringing. Award shows, it’s a wonderful compliment, but there is something certainly kind of crazy about them. That suddenly you get thrown into this reality television show but “Handmaid’s” means a lot to me. It’s been such an astonishing, creative experience. And your biggest fear, I was so in love with that show that I felt like I got a guest shot on “Godfather II.” I don’t get intimidated but those first takes on that show, the iconic lighting and then the costumes and everything took a while to get past. Your fear when you’re going into something you love like that is that you’re going to diminish it. So honestly, I just felt sort of relief when there was a nomination. It was like, “Okay. You didn’t make it worse.” It’s a low bar.

Q: With the diversity of work you’ve been doing lately, do you feel like you’re in as good of a spot right now with your acting career as it’s been in your entire life?

Whitford: I feel so embarrassingly fortunate about the opportunities I’m getting. And actually I can tell you what it is, it’s “Get Out.” When you’re a guy pushing 60 and then you’re lucky enough to be in a movie like that, which sort of pops in the industry, it opens up a lot of opportunities. I feel incredibly lucky.

Q: Would you be interested in a West Wing reboot? Have you heard anything?

Whitford: Everybody keeps talking about it. We would all do it in a second. Yeah, I’ll be right there. We would do it in a second, but it’s all up to him. It’s all up to Aaron. And I keep thinking there’s a fear about doing it because I used to say on that show, “You want to get out before your banana turns brown,” which is a kind of horrible way to put it. And it was such a wonderful experience that you don’t want to sully it with a lesser version. But if Aaron were to find a way and there’s nothing in the works. If he found a way to do it, obviously we wouldn’t still be in the White House, but it’s up to him.

Perfect Harmony, which premieres on Thursday, September 26, is a comedy about finding inspiration in the most unlikely places. When former Princeton music professor Arthur Cochran (Whitford) unexpectedly stumbles into choir practice at a small-town church, he finds a group of singers that are out of tune in more ways than one. Despite the ultimate clash of sensibilities, Arthur and his newfound cohorts may just be the perfect mix of individuals to help each other reinvent and rediscover a little happiness, just when they all need it most. The cast also includes Anna Camp, Tymberlee Hill, Rizwan Manji, Will Greenberg, Geno Segers and Spencer Allport.

Hulu has released a new promo video which includes the footage from The Handmaid's Tale Season 4, coming to the streaming service...
Read more
TV

NBC has given the green light to Good Girls Season 4 and the network has released a video of the cast receiving...
Read more