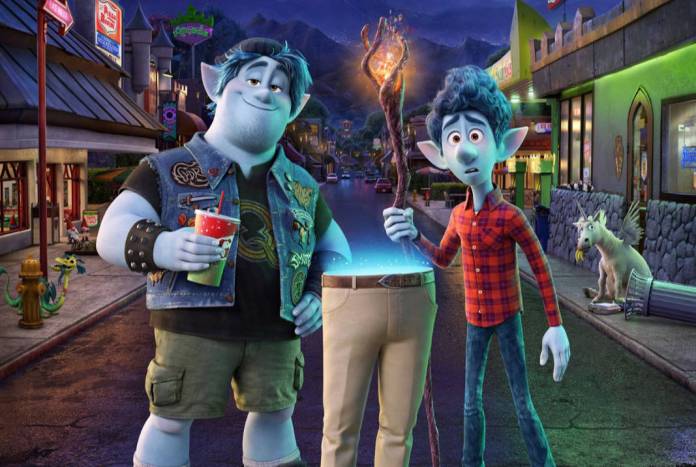 There are particular buttons in a movie, that when I see them, automatically elicit an emotional response. It’s Pavlovian – if you make a movie about fathers and sons, for example, I am almost certain to react with tears. It’s just hardwired into my moviegoing DNA. Thus, Pixar Animation Studios’ Onward was almost guaranteed to make me cry. But I also have to judge Onward on its merits, regardless of how I reacted to the material.

On the surface, Onward may seem slight – it doesn’t have the Toy Story brand, and it doesn’t seem to be a movie that’s been pushed very hard in the marketplace. But the emotions of Onward come from a real place. You can tell that the themes and conceits meant a lot to writer/director Dan Scanlon. Onward is the kind of film that comes from a real traumatic experience, and the art is the result of that. Sure, it’s been made family-friendly and Disneyfied, but it’s no less a valid, genuine journey that Scanlon has undergone. Onward may be for kids, but the underlying emotional power is still strong.

In the fantasy world of Onward, magic has long taken a backseat to science, and wizards have long been forgotten. Ian Lightfoot (Tom Holland) is a young teen elf who never knew his father, who was struck ill and passed away before he was born. His brother Barley (Chris Pratt) only new their father briefly before he died, and on the surface it looks like Barley hasn’t matured much since then; while Ian has goals and ambitions, Barley would much rather play role-playing games and pester his younger brother to go on a grand adventure with him.

On Ian’s birthday, Ian receives a gift, seemingly from his dad – a staff, a crystal, and a spell that can seemingly bring Ian and Barley’s father back for 24 hours. But the spell goes awry, only generating their dad’s lower half. There’s nothing else for it – Ian and Barley must procure another crystal and complete the spell, with Laurel (Julia Louis-Dreyfus), their mother, in pursuit with a surly manticore (Octavia Spencer) to keep the Lightfoot brothers from unwittingly unleashing a curse that could destroy the world.

Dungeons and Dragons fans, or fans of high fantasy in general, will find much to laugh at and enjoy in Onward. From trash unicorns, to one particular favorite D&D monster that to reveal would spoil a really great joke in the film, to sprites, and goblins, and orcs, and elves, the world of Onward is well thought out and the animators are very playful in showing us how a fantasy world with modern accoutrements would work.

The humor of Onward at times veers towards silliness, but there’s always a weight to the relationship between the brothers, an unstated history that feels genuine. This is a quest movie, with all that that entails; characters wander looking for one thing which leads them to another piece of the puzzle, and so on, but that’s the nature of the film, and the fun of Onward is seeing how the filmmakers and animators tweak those tropes and subvert expectations. 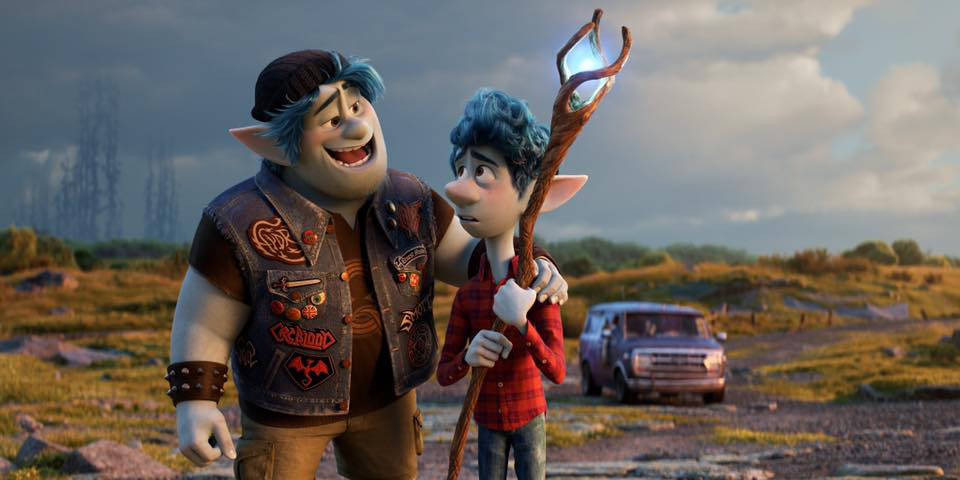 Holland and Pratt have a nice camaraderie together, and the film smartly doesn’t overplay its hand in regards to their relationship. We know Ian can get exasperated with Barley, but we also know that there is a reason Barley behaves the way he does, and that Ian’s reaction to Barley’s behavior comes from a place of love even when Ian is frustrated with Barley.

Julia Louis-Dreyfus also has her burden to carry, and Laurel’s love for her sons is also tinged with her yearning to see her husband again. Octavia Spencer’s manticore steals most of the scenes she’s in; she’s funny and I appreciated Dan Scanlon’s deep cut into the Dungeons and Dragons Monster Manual. The manticore isn’t your everyday fantasy movie monster. But deeper cuts are still to come, and RPG-playing geeks will have a field day with the various characters that show up.

Onward is a middle-tier Pixar film – it doesn’t reach the heights of other, more prestigious releases, but still has a lot to offer, especially with fathers and brothers. It may be playing to a particular crowd – this is pretty much a boy’s film from beginning to end – but it still has a lot of charm and delight. It’s one of those universal emotional bits that will always hit some people in a particular way, and it certainly hit me in that way. It may be manipulative, but Onward does it without seeming forced or overly controlling. Onward is funny, sweet, and endearing.

Onward opens in theaters on Friday, March 6th. You can view all our coverage of the movie by clicking here and you can buy tickets at Fandango. 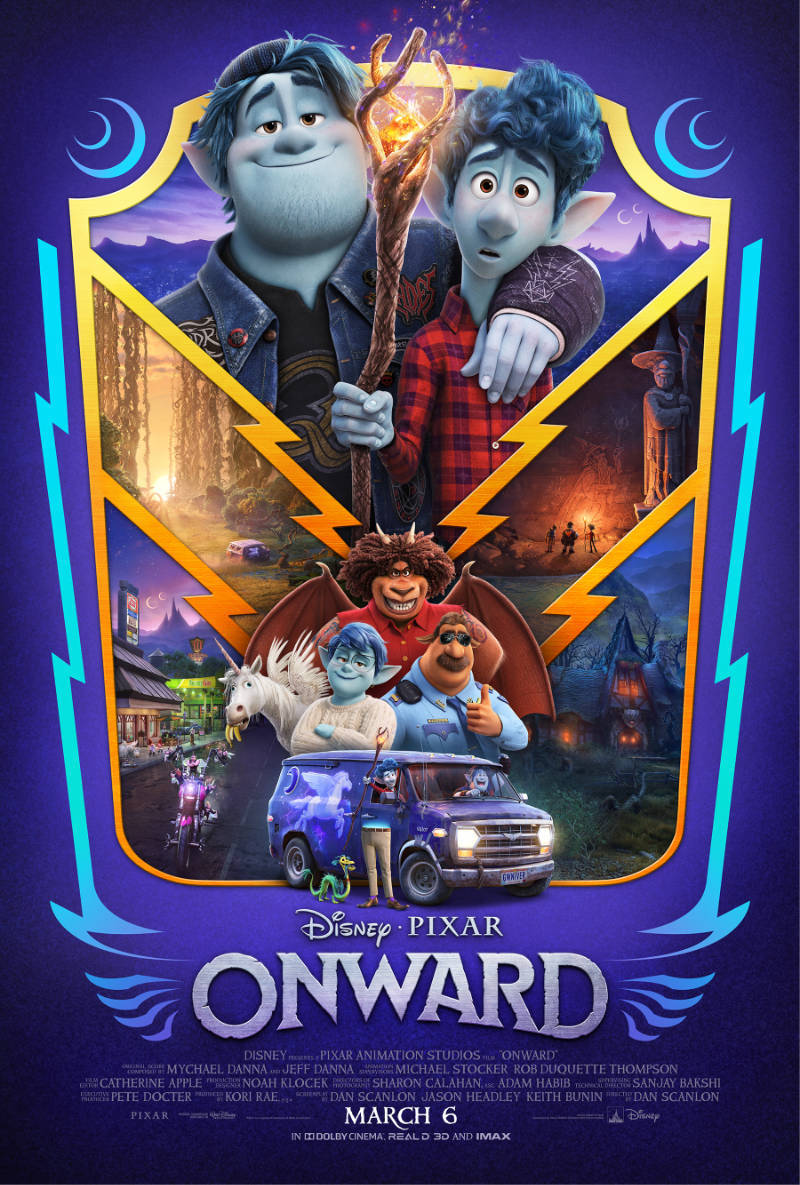 We've seen the theatrical trailers for the Pixar movie, but now the Disney+ Soul trailer has arrived and can be watched using...
Read more
Movies

Soul Preview: An Early Look at the New Pixar Film

With the announcement this week that the Pixar film will debut on Disney+ Christmas Day, Vital Thrills got an early look at...
Read more
Streaming

The Walt Disney Company announced today that Pixar's Soul movie will debut exclusively on Disney+ on December 25, 2020 at no extra...
Read more
Streaming

After the events of Season 1, The Boys have gone into hiding. Hughie, Mother's Milk, Frenchie, and The Female regroup in a...
Read more

HBO Max and Cartoon Network are returning to Acme Acres with a series order for Tiny Toons Looniversity, an all-new half hour...
Read more

Netflix today provided us with the first photos from The Dig, coming globally to the streaming service soon. Directed by Simon Stone,...
Read more
Load more