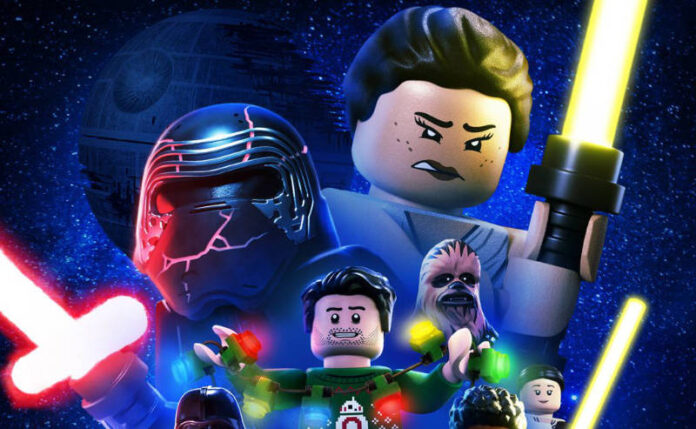 I saw the original Star Wars Holiday Special on television. I remember seeing it; I remember as a nine-year-old kid sitting down and enjoying it — being nine years old, my taste in what was good or bad was pretty fluid — and then wondering why it never played again. As I grew older, the fog of time set in and I mostly forgot about it, until I saw it making the rounds at conventions on videotape.

Then it all came flooding back – how half of the Star Wars Holiday Special was all in Wookiee with no subtitles, how Bea Arthur and Art Carney of all people were now a part of Star Wars forever, how the original cast looked like they wanted to be anywhere but on that set, and how the one truly cool aspect of the show was the animated sequence, introducing the new Boba Fett to a generation of kids. It was so spectacularly awful that you could see a fandom cringe from 12 parsecs away.

Of course, I own it on Blu-ray now. Of course. As a Star Wars fan, you learn to embrace the crap, or at least, learn to studiously ignore the stuff you don’t like. I’ve been waiting for a sequel to The Last Jedi since 2017, for example. Maybe someday, I suppose.

Still, Star Wars is a big tent, with something for everyone. That is by design, at this point, and Disney/Lucasfilm doesn’t particularly care which aspect you like, as long as you keep tuning in. This may suggest that I have some kind of cynicism about the franchise, but I really don’t. Gatekeeping is ugly.

I may have been there since the beginning, but Star Wars is going to outlive me, you, and probably everyone on the planet. Just wait until 30 years or so (maybe less!) when Disney decides to remake the original films, and the outrage that will in all likelihood ensue. Star Wars doesn’t belong to me, or you, or to anyone. I am at peace with that.

So why am I sitting down to the LEGO Star Wars Holiday Special (available November 17 on Disney+)? Because in the end, Star Wars is for kids. So it has always been, so it shall be. Star Wars and LEGO go well like Oreos and milk, and that’s perfectly fine. We get silly jokes, a reverence for all the films, and we even get original cast members like Billy Dee Williams, Anthony Daniels, and Kelly Marie Tran.

And, like that original Holiday Special, we return to Life Day, that holiday spirit involving Chewbacca’s family. Rey is trying to teach Finn the ways of the Force, but Finn is having a hard time following Rey’s teachings.

To better understand how Jedi training works, Rey and BB-8 travel to a mystical Jedi Temple, where she learns (with the help of a Jedi Key) how to travel back in time. Soon, Ray and BB-8 are traveling throughout the entire Saga, and the Emperor in the past discovers a way to change the past to his advantage once and for all.

So Star WArs is for everyone, but not all Star Wars is meant for everyone. The LEGO Star Wars Holiday Special is definitely for the younger set. The Mandalorian, The Clone Wars, and Rebels are for those who want to engage with Star Wars on a deeper, personal level.

The films have their own specific fans. And altogether, we have a fandom that gives us a wide group of pleasures and engagements that are entirely built on your tastes. Fandom isn’t meant to exclude anyone. You love what you love, and live with what you don’t.

So how is the LEGO Star Wars Holiday Special? It’s not bad for little kids. I am not a little kid. It’s not for me, but if I were seven years old, like around the age when I saw the first film, I would have eaten it up like ice cream.

There are fun moments of humor, but much of it is silly for the older set, so I get to have those aspects I enjoy, and everyone else gets to play in the aspects of that sandbox that they love. That is Star Wars. There is room for everyone. Everyone gets to grow up with it.

But yeah, the original Holiday Special is very, very bad, and I should feel ashamed to own that Blu-ray. Oh well.

‘Tis the season for streaming, and this year Disney+ is decking the halls and spreading the cheer with a heartwarming collection of some of...
Read more
Streaming

Millie doesn't have a lot going for her. She's unpopular at school. She's bullied by other girls as well as her teacher. Her mother is...
Read more
Streaming

The purpose of Star Wars Thrills is to put all the Star Wars news from the week of November 6, 2020 in one location. This week,...
Read more

San Diego video game developer Psyonix has announced that Rocket League Season 2 will go live on December 9, 2020. You can watch the...
Read more

Amazon Prime Video announced today that the final 10 Vikings episodes are premiering first on Prime Video in the US, UK, Germany, Austria and...
Read more

Epic Games has revealed the Story and Battle Pass trailers for Fortnite Zero Point, which serves as Chapter 2 - Season 5 of the...
Read more
Load more