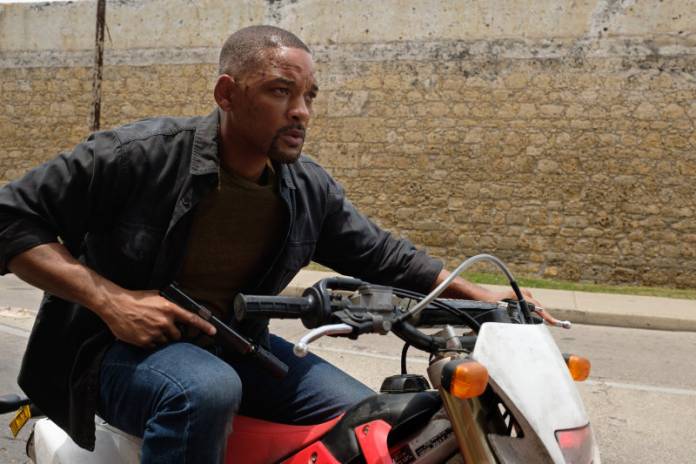 For all the questions about the nature of humanity inherent in the premise, no one has yet made a good movie about cloning. From The 6th Day to Never Let Me Go to even Parts: The Clonus Horror or Duncan Jones’ superior Moon, everyone who comes into contact with the subject seems to prefer it as a seasoning to a standard plot. The existential questions involved are just too complex and abstract for film to handle in an entertaining way. Like super soldier Henry Brogan (Will Smith) coming face to face with his young duplicate (also Smith), there is absolute refusal to recognize what is staring him in the face, as if there was an unconscious desire to avoid the inherent horror of it all.

The ‘horror’ is a slave race of perfect super soldiers — unfeeling, unrelenting — created from Brogan’s DNA due to his status as the Defense Intelligence Agency’s best operative. Because this comes from a movie organization ending in ‘Intelligence Agency’ it is of course off the books and not authorized, an illegal move which risks coming to light following Brogan’s sudden surprise retirement after one assassination too many. When the DIA’s hitmen fail to silence Brogan — and suddenly make him very suspicious as to what his superiors want covered up — the powers that be realize the only way to stop the best killer in the world is to send the best killer in the world… himself.

Which is actually a good start for an action film, but as far as director Ang Lee and his coterie of screenwriters (including Hunger Games’ Billy Ray and Game of Thrones’ David Benioff) it’s the end. Putting Henry face to face with Junior is the whole idea and anything more than that is waste of a good action set piece. What deeper aspirations Gemini Man has — which, again, explicitly references the creation of a slave race of unquestioning super soldiers built from the elder Henry — are entirely deployed at the old nature/nurture dichotomy comparing Henry and Junior’s very different upbringings and how they produced essentially the same person regardless of background. And even that is used more for emotional beats between action sequences as opposed to any sort of guiding idea piloting this studio behemoth. Which is strange and unfortunate given Lee’s background, which has shown no aversion to abstract and intellectual subjects before. Even worse than the film’s complete avoidance of its most obvious questions — besides how predictable it is — is how that choice isolates the only narrative distinction. Without the clone hook there’s nothing differentiating Gemini Man from something like Assassins, albeit with two much more likeable and interesting characters.

And like that mid-90s easily forgotten Jeopardy! trivia answer (‘This was the Wachowski’s first produced script’) built by a raft of talented filmmakers, Gemini Man is just a host of empty calories from people who can deliver more. Smith continues to show how all in he can go, emotionally, into a tent-pole performance in a way no one else at his mother seems to bother with. And he has solid backup from Mary Elizabeth Winstead, who does the most with the least as her character is more defined by what she’s not than what she is. 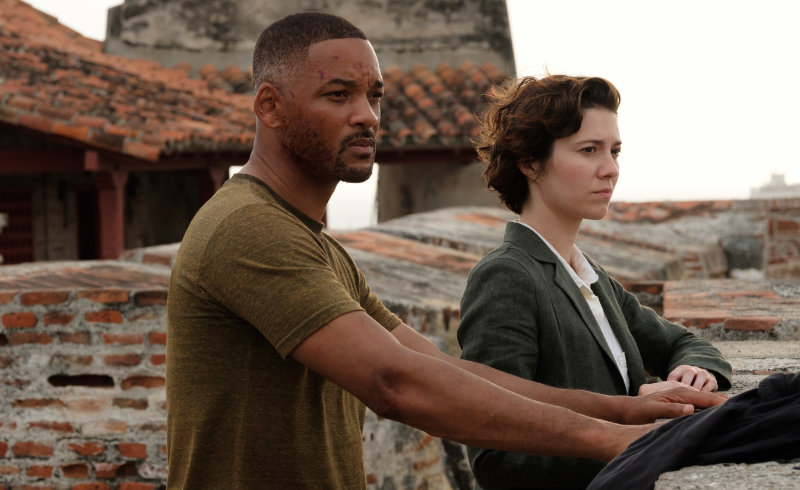 That leaves only the technical leaps as the recipients of real attention, behind the camera and the screen. Lee has, for the last several years, pushed the envelope on effects work and technological presentation. Similar to his work on Hulk, those effects are split between very obvious story-driven needs and a more avant garde exploration of how cinema should be presented. In Hulk he pressed the ability to create a fully CGI lead character while Gemini Man uses modern de-aging and motion capture technology to allow 50-year-old Will Smith to become 23-year-old Will Smith again. The more interesting dynamic of that old Marvel film were Lee’s experiments with editing, combining frames and moving images around in a screen, reshaping transitions and the way we take in visual information. (A gauntlet sadly no one has picked up).

For Gemini Man, Lee has continued to push the edge of high resolution 3D and high frame rate capture started in Peter Jackson’s Hobbit films, trying to move the film presentation as close to parity with human vision as possible. The experience is a visceral one, particularly during the Smiths’ (the action stars, not the Morrisey vehicle) first encounter when Lee frequently moves his camera into first person (or nearly first person, looking over the elder Smith’s shoulder), creating a ‘you-are-there’ experience not seen since Douglas Trumball’s old experiments with Showscan.

It’s a bold and exciting experiment largely wasted on a boring, generic action movie unwilling to go as far narratively as it is with its technology. There are worse things in the world than a competently made, mediocre action film and as a proof of concept by itself, Lee’s experiment is worth a looksee. Hopefully Gemini Man’s advancements stay on longer than Hulk’s did. If nothing else does, that might make this all worthwhile.

Paramount Pictures will release Gemini Man in theaters on October 11, 2019. Click here for all our Gemini Man coverage.

Will Smith today shared a first look at the upcoming The Fresh Prince of Bel-Air reunion special from the Westbrook Media taping...
Read more
Streaming

Peacock has ordered two seasons of the series adaptation of Morgan Cooper's lauded fan film Bel-Air. The announcement was made today by...
Read more
Movies

Unhinged is unapologetic trash. That's not a bad thing. Good trash can be great. But there's not much worse than bad trash.
Read more