How do we know a story is a classic? Is it by the sheer universality of the characters or dialogue to the point where they are referenced consistently in later works? Is it the insight and depth of the story and what it says about the human condition? Is it the fact that it has been consistently adapted to film to the extent that a new version of it can be counted on to appear at least once a decade, if not more often.

By any of those metrics, Jane Austen’s Emma (buy at Amazon) must be counted as one of the great literary classics. There have even been films made about the creation of the original, likening the fact of its existence to something like a religious experience. It has become so ubiquitous by now that large swaths of audiences have been exposed to it without even actually knowing it. That ubiquity also makes each version slightly less special in its experience and creates a larger hill for the new version to scale to be remembered. 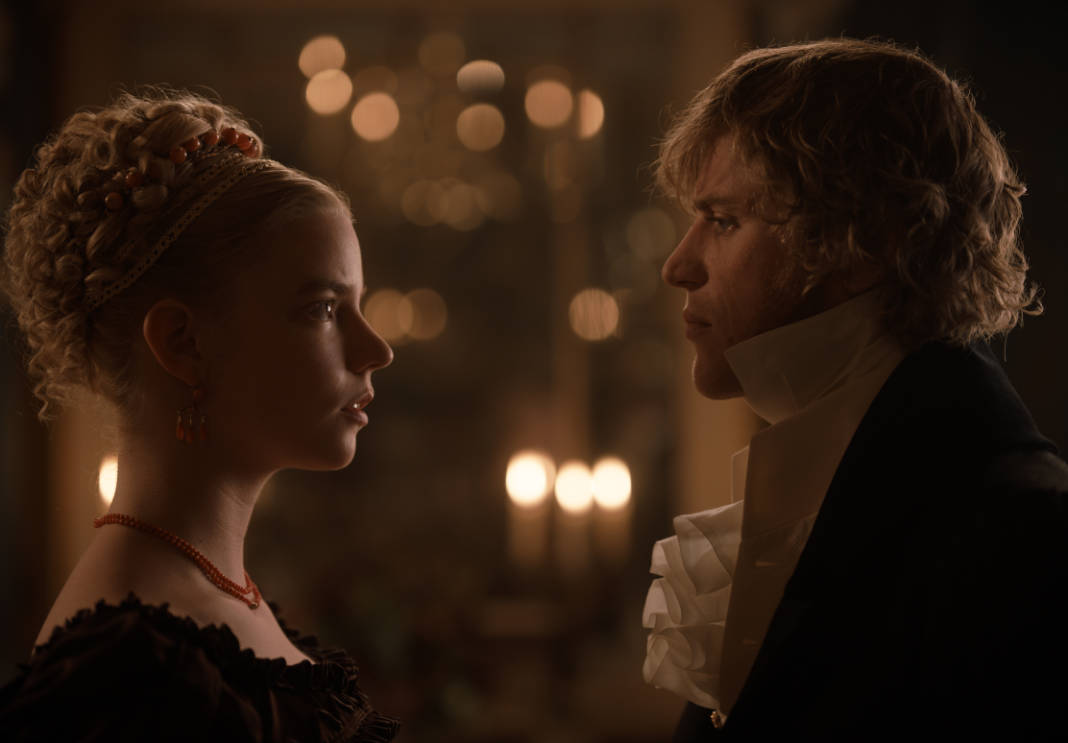 For any who are not familiar with the story, the Emma is one Emma Woodhouse (Anya Taylor-Joy), the prettiest and wittiest young woman in her village. Refusing to spend all day basking in her own glories, Emma prefers to share them with the world at large, primarily by playing matchmaker with her lesser friends who do not know the world as she does.

All of her careful planning goes out the window when wealthy heir Mr. Churchill (Callum Turner) arrives and proves more interested in her than the friend (Mia Goth) she’s picked out for him, threatening to create a schism not only between her compatriots but her long time family friend Mr. Knightley (Johnny Flynn) as well. 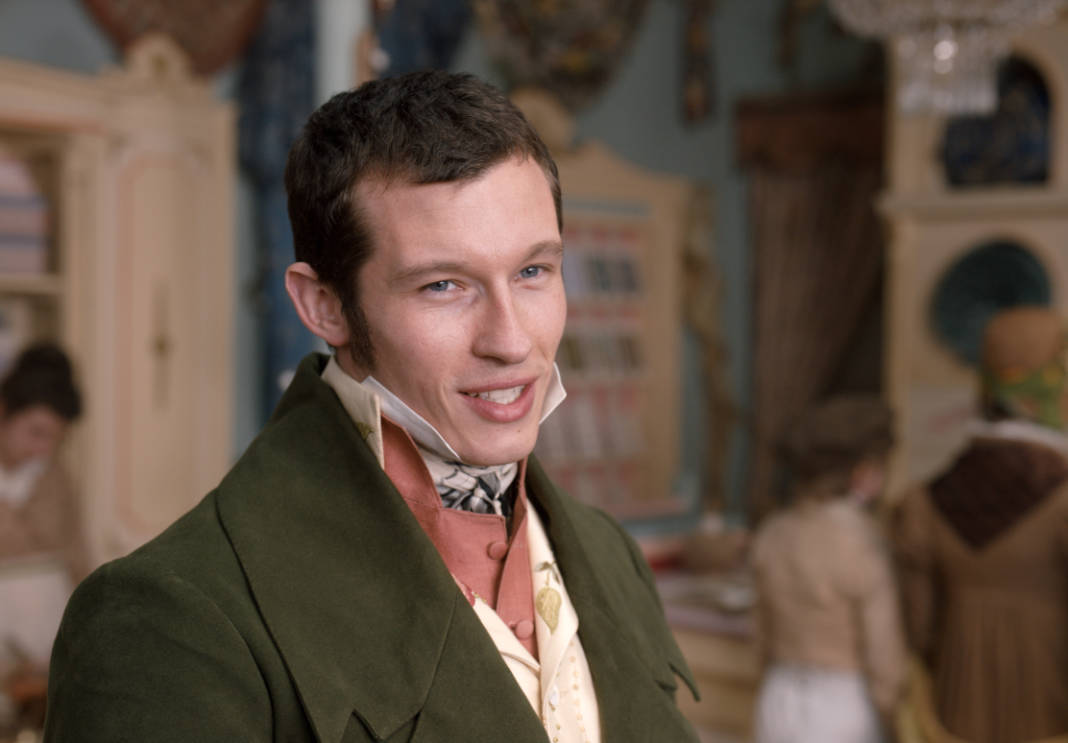 The problem with adapting a classic is that no one version can capture all of its facets, there’s just too much to go around. That’s particularly true of something like Emma, which is naturally engaging on its own and so is easy to mimic by rote rather than dig into. Director Autumn de Wilde, looking around at what has come before, has made the decision to do something other than her forebears, creating if not something definitive than at least different. While the main story is played generally straight (for better and worse), de Wilde has built up the life around Emma to something approximating life.

The servants, the townsfolk, even the actual speaking supporting players, anyone who would have faded into the background in previous version, is given some approximation of an inner life and allowed at least a moment or two in the spotlight to remind us — as Emma must be reminded — that they exist and not just for her and our amusement. Emma is certainly still the hero of her own story, but is no longer the only one in it. 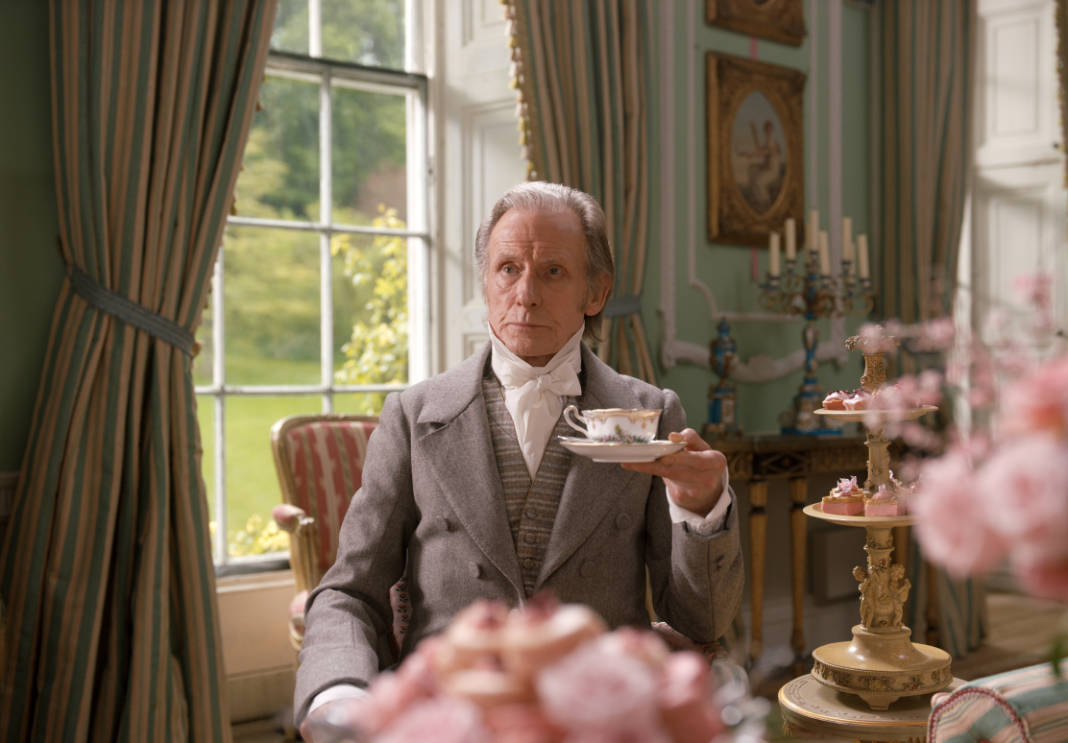 Most of this works through smart casting on all of the supporting players, particularly Bill Nighy as the long-suffering Mr. Woodhouse who steals every scene he’s in (if his own long-suffering servants don’t steal it first). They’re so good that they cover up some of the deficiencies in the main roles, particularly Flynn’s Mr. Knightley and Turner’s Mr. Churchill, neither of whom are up to the interest the story plays in them.

Taylor-Joy, by comparison, has exactly the light touch needed to pull the most comedy out Emma’s funniest lines, the most sympathy from her most dramatic lines and the most consternation from her most venomous ones. She often seems, in fact, to be a step ahead of her character itself as this Emma is never allowed to be quite as awful as she should leaving her comeuppance and dawning self-awareness stranded on an island unto itself and separate from the rest of the film. 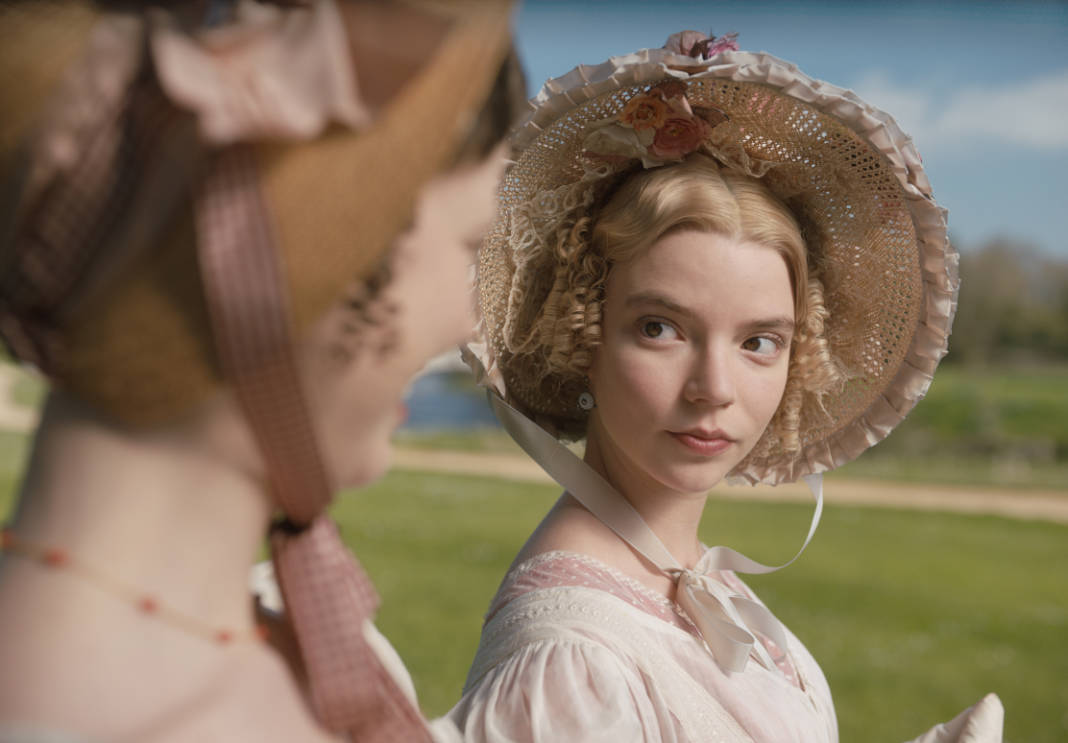 As with any adaption, much of that is in the eye of the beholder. Anything which has been adapted so frequently always will be. This Emma. is not the best screen version of the novel , but only because such a thing probably does not exist.

It’s not the best version of the ones which have been made, either, but certainly a strong instance among its peers. That’s probably the best which can ever be expected when dealing with a perennial, but it does what it should – gives a new view of an old classic and reminds why it was a classic in the first place.

Emma. opens in theaters on Friday, February 21st. You can view all our coverage of the movie by clicking here and you can buy tickets at Fandango.

Previous
Survive the Dead in the Kingdom Season 2 Teaser

Next
Elite Season 3 Trailer Reveals a March Launch Date
Click here to cancel reply.
Disclaimer: This post may contain affiliate links through which we earn a commission if you decide to make a purchase, at no cost to you. As an Amazon Associate, we earn from qualifying purchases.
BigScoots Hosting: The last host you'll ever need! Click for details.