The Cast of Creed II on Training, Stallone and More

Home » The Cast of Creed II on Training, Stallone and More

Creed II, the follow up to the 2015 film, will hit theaters on November 21, and we recently got a chance to chat with the cast at ComplexCon in Long Beach, CA. Participating in the event were Michael B. Jordan, who plays Adonis Creed, Florian Munteanu, who plays Viktor Drago, director Steve Caple Jr., and trainer Corey Calliet.

Caple Jr. talked about the film, saying, “Following up on what these guys created in Creed, we really wanted to make a film that held up. I mean, that’s the big question, right? You guys are coming to a sequel and you’re like, man, we loved the first one.

You want to make sure that the characters are alive and you have that human element to the story, and you have a lot of heart at the end of it. These guys put in a lot of work, man. I got hired last year to do it… we sat down and talked a lot about the story and how we could naturally progress from the first one.”

Jordan spoke about his perspective on where Creed II stands in the Rocky franchise, saying that the film “allows Adonis to have his own world, in a sense. His own tribe. That’s something that we really wanted to build upon. To see these characters grow.

We did a really good job in the first one, establishing what young love is like, what it was like for young millennials to be in love and have their own kind of career and be successful in their own right. Where is the give and take? How do you compromise in a relationship? Those are the things that we wanted to build upon.

As a young black man, not having his dad in his life and to try to figure out how to be a man. What it means to be a father, having the fear, and what does that look like in Adonis’ eyes.”

He also spoke about working on this team. “I took on a lot of things that I want to become in the future; producer, director, creator, actor, but at the end of the day, it’s a team effort. Everybody is vital to the outcome of movies. Not relying on the people that are around you, that’s doing yourself a disservice. Being able to lean on, say, Corey for a lot of mental motivation, physical motivation, to stay focused, as a friend. To rock out with Steven as a director aspect.

Also just a partner in crime, you know what I’m saying? You have to be in each other’s pocket every step of the way.” Jordan also had praise for Munteanu. “He really came to play this time around. He put in a lot of work and dedication.”

Caple Jr. was asked about whether or not current social issues will be touched on in Creed II, and he said, “We’re not. No, legit, because when the film first came into my hands, it was a concern of mine. It was like, oh, it’s the perfect time for Russia. So they thought it was going to be a movie about America versus Russia like Rocky IV, but it wasn’t. Even Sly’s first draft, it was not. He really wanted to focus on the character. That’s what brought me in. In the past, everything I’ve done has been about character. That’s what was exciting.

The growing pains of a relationship. It’s about black love. It was about the youth before, but now the maturity growing pains, trying to have a relationship as an adult. I’m having a baby, [or] some of these things that are out there.” Munteanu added, “Identity.” Caple Jr. said, “Yeah, for both of you guys. For Drago it’s about identity. Am I really a champ? How do we hold up our legacy? So these things that we wanted to explore would hit home for everyone.”

Jordan spoke about his training regime and the mental side of it for this film. “The first time around was a lot of nerves. [It was the] first time doing something, not sure how it was going to turn out. How does the hard work or the desire to do something, how does that translate in reality? How would that actually really come off on screen? Creed was what it was. I think this time around I wanted to grow and be better…we just set ourselves a goal between ourselves, you’ve got to be the best.”

Jordan also talked about working with a character he’s familiar with and a group that he wasn’t, after coming off projects like Black Panther. “There was a little nerves, walking into a familiar environment with different people. After getting to know Steven and hearing all his ideas and questions — he was asking all the right questions, and he cared about all the right things, so I was really confident.

I think coming off those other projects, being at the place I was in my career and in my life, on Creed II it was a sense of owning the moment. Owning who I am. Owning the place that I’m at in my career and my life. And that was the first time that I really was that person with that self-confidence to really own it. You know what I’m saying?”

He continued, “You have to lead by example, even if you’re tired. Even if you get knocked out. You have to show up. There is no other option. It kind of forced me into a leadership role that I feel very comfortable with now.”

Jordan discussed dealing with mythology in Black culture and how Creed II fits in. “I think Creed, as far as having representation on screen for these kids, seeing themselves in not just Adonis, but Bianca as well, a strong female artist who is very, very talented but facing a lot of different issues, layered, a very layered character through and through.

In black mythology, we’ve had them, but we’ve never seen them on screen like this like we have in the recent year, and on television… so for me, I love sci-fi. I love all the stories I was told by my parents as a kid, you see what I’m saying? I want to see those stories on screen. I want to put them on TV. I personally take that challenge.”

Caple Jr. told the crowd about leaving his own stamp on the project. “Pre-production, when you do the research, you watch all the Rocky films through Creed I. What worked, what didn’t work… Sly has mastered the structure of boxing fights. You talk to Sly like, this is something you did in Creed I, here is something we want to do in Creed II… then you find the style, which is my style, in the scenes, in the intimate moments… color was a huge thing.

Different worlds. Sound is huge in post, even in post. Camera angles were hugely important… how we shot the film, because it’s different. Then the Dragos. I got to reintroduce the Dragos. He hasn’t been seen in 30 plus years, so that I had control over… I can do something that had that kind of grit and texture to it. You’re able to find pockets, so to speak. In post, make sure everything is still alive and pops off screen.”

Are you guys excited to check out Creed II? Let us know in the comments. 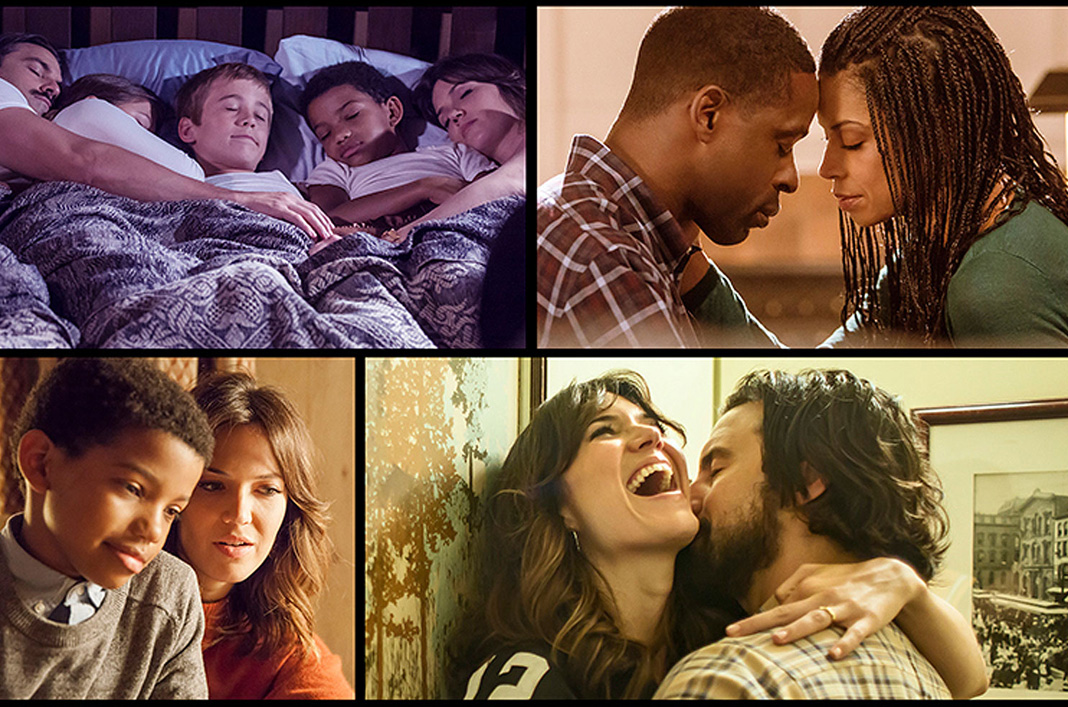 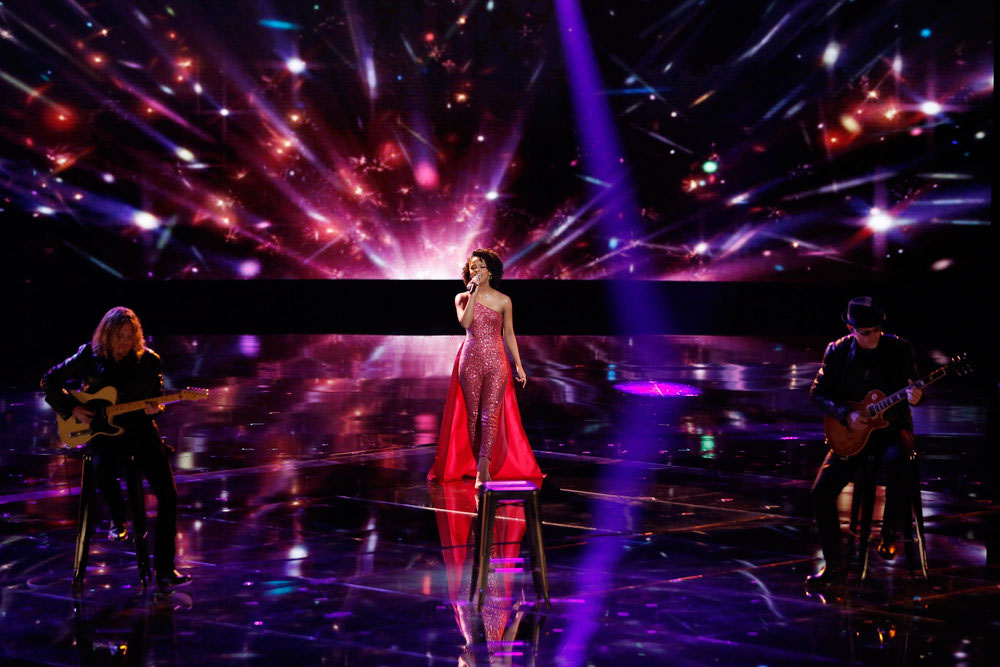 Next
The Voice Live Recap: The Top 13 Perform for Your Vote
Click here to cancel reply.
Disclaimer: This post may contain affiliate links through which we earn a commission if you decide to make a purchase, at no cost to you. As an Amazon Associate, we earn from qualifying purchases.
Amazon Prime Day 2021 is June 21 and 22! Click here for the deals.