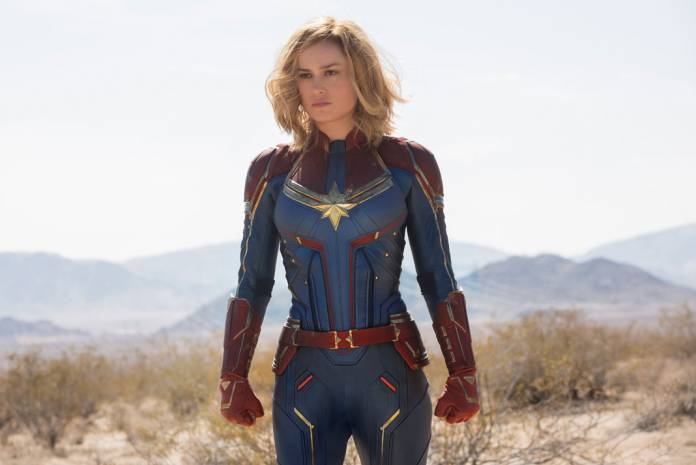 We finally have the new trailer for the long-awaited film Captain Marvel, the first female-fronted live-action superhero film from Marvel Studios and Disney. Fans know and love her, but what if she’s new to you? We’ve got you covered. Here’s all the essential info for you to know about Captain Marvel, aka Carol Danvers.

There have been many Captain Marvels in comic book history, including Dr. Walter Lawson, a Kree. (How many times have you heard someone say, “Oh, Captain Marvel was originally a guy” just to drive you nuts?) Carol Danvers was in the Air Force and is an amazing pilot. That’s what she was doing when the character was first introduced in 1968. Carol Danvers was the original Ms. Marvel, which you know if you read the current run with the character of Kamala Khan as Ms. Marvel. Carol shows up here and there in the series. Carol became Captain Marvel in 2012.

Captain Marvel has been described as the Superman of the Marvel universe, or “more powerful than Superman.” She didn’t start out that way though. Carol Danvers was a human who got caught in an explosion and her DNA was mixed up with that of Mar-Vell, the Kree Captain Marvel. It gave her superhuman powers including that of flight, superhuman strength, stamina, a sixth sense, resistance to toxins and more. She’s also been known as Binary and Warbird.

Carol has a little cat buddy (who is actually far more than a cat), that will appear in the film, as evidenced by his appearance in the first-look poster. In the comics, the “cat” is named Chewie after Chewbacca, the Wookie pilot from Star Wars. A recent toy release showed that the cat will be called Goose in the film. Is he named after Goose from the Top Gun film, the character played by Anthony Edwards?

As you likely know, Samuel L. Jackson’s Nick Fury summoned Captain Marvel with a sort of space pager in the after-credits scene in Marvel’s Avengers: Infinity War. You can see her symbol pop up as Nick Fury starts to turn to ash. Gee, thanks Thanos!

We know from set pics that we are going to see Carol Danvers, who is played by Brie Larson, in the military, so that part of her history will be intact. We also know that we’re going to see her in her Kree uniform — the green one from the very first pics that surfaced. We’re also seeing her red, blue and yellow one. The film will be set in the 1990s, and we’re going to see a de-aged Nick Fury. We know she leaves Earth for some reason. We just don’t know why yet.

If you want to check out some of the current run of comics, you definitely need to read the ones from Kelly Sue DeConnick, who is acting as a consultant on the upcoming film. I was first introduced to the character in X-Men: The Animated Series, which gave us the storyline in which Rogue absorbed all her powers and memories, leaving Carol Danvers in a catatonic state. It was pretty awesome, but it’s going to be amazing to see her in her own film.

Captain Marvel will hit theaters on March 8, 2019. She’ll make her second MCU appearance in Avengers 4, which will be released on May 3, 2019, so we won’t have that long to wait.

What are your favorite Captain Marvel appearances? Let us know in the comments.