Star Wars: The Clone Wars returns for its seventh and final season on the Disney+ streaming service. In this review, we’re taking a look at the premiere episode of the season, titled “The Bad Batch.”

The war takes a turn for the worse for the Republic as the Separatists droids take on new tactics. The Jedi and clone troopers find the battledroids anticipating their every move with uncanny accuracy. Looking for a way to break the stalemate and be less predictable, Rex and Cody suggest an unorthodox solution.

The clone commanders bring onboard Clone Force 99, aka The Bad Batch. The special force is compromised of defective clones featuring desirable new traits. One is exceptionally smart. Another is incredibly strong. Yet another is a lethal sniper. Together they form a team the Separatist droids have trouble handling.

But as they infiltrate deeper into the enemy forces, the clones discover that a ghost from the past may be aiding the droids against them.

From the opening bombastic introduction, The Clone Wars returns as if it never left. It feels like an old pair of comfortable Star Wars shoes you put on again after a long time. We are immediately thrown into the heat of battle as a dogfight unfolds that’s as spectacular as any in the movies.

We then see Anakin again in the opening scene, it feels unusual but welcome after his long absence from the screen. But Anakin’s return is short lived as the story shifts to its real focus – the clones.

While old favorites like Rex and Cody return, it’s the debut of the Bad Batch that is center of this episode. As they are rolled out, you gain new appreciation for the voice talents of Dee Bradley Baker. He plays ten different clone characters yet manages to give each of them a unique voice and character. It must have been fun watching his recording sessions as he switched between clones.

The animation continues to be first rate. There’s plenty here for action fans to love. And the new costumes and ships feel like they’re solidly from the Star Wars universe.

While the Bad Batch is a fun addition to the series, they are a bit cliché. We’ve seen the concept of rogue soldiers in everything from The Dirty Dozen to The A-Team. While there’s a place for homages in Star Wars, it feels less special here, even with the long-awaited return.

Matters aren’t helped by the fact that this episode of The Clone Wars follows hot on the heels of The Mandalorian. While that series had a lot of “Oh Wow” and meme-worthy moments, this episode doesn’t have any of that going for it.

It’s fun to see The Clone Wars on screen again, but “The Bad Batch” is just OK. Hopefully the best is yet to come in following episodes.

Star Wars: The Clone Wars episode “The Bad Batch” is now available on Disney+. From Dave Filoni, director and executive producer of The Mandalorian, the new Clone Wars episodes continue the storylines introduced in the original series, exploring the events leading up to Star Wars: Revenge of the Sith. 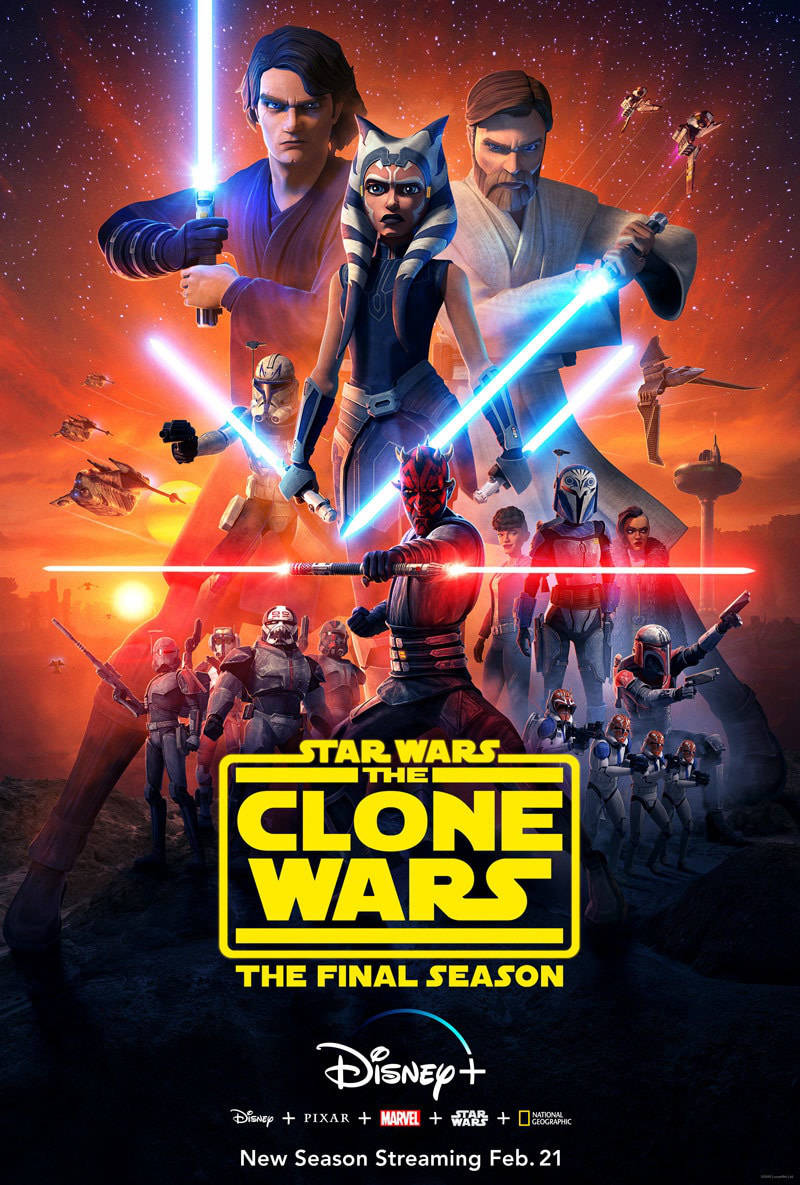 Today, Disney+ shared the trailer for its upcoming out-of-this-world original movie Phineas and Ferb The Movie: Candace Against the Universe which premieres...
Read more
Movies

Today, as part of its [email protected] panel for its upcoming original The Right Stuff series, Disney+ released a sneak peek from the...
Read more