The Lion King Press Conference: Here’s What We Learned 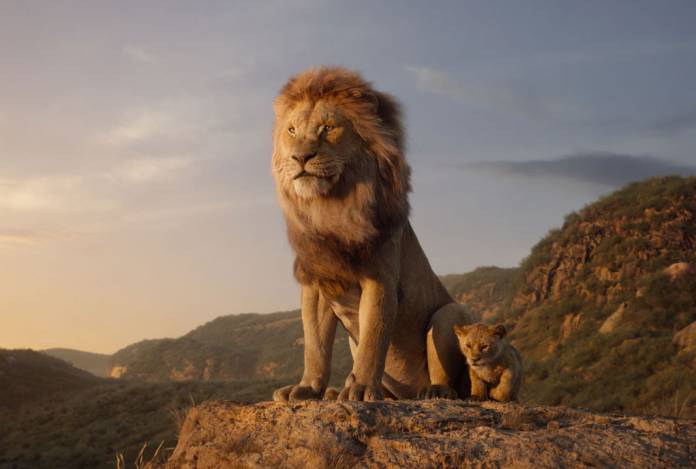 Favreau told the crowd about working on The Lion King versus The Jungle Book. He said, “I’ve been working on both these movies back to back for about six years. And all the new technology that was available, I had finally learned how to use it by the end of Jungle Book. And at that point, with the team that we had assembled for it, all the artists, because a lot of attention is paid to the technology. But really, these are handmade films. There is animators working on every shot, every environment that you see in the film other than actually, there’s one shot that’s a real photographic shot but everything else is built from scratch by artists. And we had a great team assembled. And then the idea of using what we learned on that and the new technologies that were available to make a story like Lion King with its great music, great characters, and great story, it seemed like a wonderful, logical conclusion. And so that was something we set out to do.”

Glover brought his son to see the film premiere, and didn’t tell him his dad was in it. “My son saw it last night and was like freaking out. He [Jon Favreau] did an amazing job… I didn’t tell him anything. I really didn’t. It’s his favorite movie. I was like oh, I’ll just wait until he gets there. But somehow he found out about it, but still didn’t know I was in it. He was just like oh, the one with Beyonce. And then during the movie, he’s like oh, dad’s in it, too. This is great. Bonus. You know.”

Ejiofor spoke about taking on the role of Scar and making it his own. “I felt that it was just really interesting to go into that psychology, to really sort of try and uncover that and to look at it. I’m a huge fan of what was done before obviously like everybody else. Jeremy Irons and just sort of really going back in and exploring that character again from a slightly different perspective and seeing what was there. And it’s such an incredible part to play. And so complex and all of that. And having empathy, not sympathy, but empathizing with the character and trying to understand them and trying to get underneath that. And such a rich, villainous character to play. So a wonderful experience for me.”

Woodard talked about how it’s really the female lions that do all the hunting and how that influenced the way she played Sarabi. She said, “It is called the Lion King. But everyone knows that the lionesses are actually the rulers, the protectors, the nurturers, the hunters of the pride. And so Jon was able to give us the space to be that. One of the first encounters I had with wild life was maybe almost 40 years ago in a conserve. And it was happening up on the lionesses. And you could hear the king in the distance. He was coming. But they were sitting and we were a little close to them. And I’ve never felt more afraid and more attracted at the same time that I realize I think that is the mother thing in most women and in some men is that at the same time, you suckle, but you also, you will eliminate anything that comes close to endangering those cubs. So I just sat in that and I did whatever Jon told me to do.”

McCrary jumped in while Favreau was talking about the VR game the production had for the actors, so they could get a feel for the process. McCrary said, “It was so cool. It’s like watching your favorite movie, but everything, like you’re in it. You’re in the movie. That’s exactly what it was. You did an amazing job with this. So it was me and Shahadi and Mr. Favreau. We put on the headsets, we had these little controller things in our hands, and we could fly. It was like we were Zazu. We were birds. We were whatever we wanted to be. And we saw everything. We saw the Pridelands. We saw Pride Rock. We saw the watering hole. We saw the elephant graveyard. We saw it all, man. And it was so cool, dude. It was so cool.”

Rogen and Eichner steal the movie, and they actually got to record together in the booth. Rogen said, “It was a lot of improvisation with Billy. Yeah. And we were actually together every time that we recorded, which is a very rare gift to have as someone who is trying to be funny in an animated film, of which I’ve done a lot, and you’re often just alone in there. And I think you can really tell that we’re playing off of each other. It’s an incredibly naturalistic feeling. And they really captured Billy. That is what is amazing. I would say, he essentially played himself on a TV show for years. And this character is more Billy than that character somehow. It’s like endlessly, it’s remarkable to me how his character specifically makes me laugh so hard.”

Eichner added, “Yeah. I wish I was as cute in real life as I am in the movie. The Timon they designed is so adorable. And I think the juxtaposition of my personality in that little Timon body really works. And yeah, I agree with everything that Seth was saying. I can’t imagine now looking back not being in the room together.”

Andre and Key joked about playing hyena buddies. Andre said, “We were pretty drunk the entire time. It was pretty. We didn’t want to, but…” Key jumped in with, “Right. And then all the real pure animosity came out.” Andre said, “He’s incredibly talented and really, really easy to work off of. And he is a selfless altruistic talent, which is rare. So I was in good hands. I was in great hands with Jon. So I don’t know. It was just a very nurturing environment and made it very easy, because I’m very, very sensitive. So the slightest wind of any kind will make me tear up.

Key continued, “Yeah. I think Jon is a great student, has an encyclopedic knowledge of all different types of comedy. And one of those pieces of knowledge is about comedic duos and the dynamic that exists between them. And I know that when we had a very similar experience to Billy and Seth where we were allowed to walk around the room. It was as if we were being directed in a scene in the play. And as you said, we were all miced. And so everything was captured. And then it was the subsequent rounds that I thought was interesting, right, Jon, that would get a little more technical, when I would be actually by myself. So I think I had two with you and then two by myself. And the refinement is also very fun. Because we would sit there and I would have the headphones on. I would say to Jon, we’re looking for Fibber McGee and Molly here or Abbott and Costello. What are you looking for? He goes I’m actually looking for a little bit of Laurel and Hardy with an explosion at the end, but then back it up into little Apatow-ian for me. Then Andre closed by adding, “With a sprinkle of Beavis and Butthead. Just a soupçon.”

The Lion King will hit theaters on July 19.

Before the trailer comes online this Thursday, Netflix has provided us with The Old Guard poster, which you can view below. Launching...
Read more
Movies

Paramount Pictures, in partnership with Little Cinema, is presenting The Infinite ISM Hexadome Experience at SXSW 2020: an immersive reimagining of the highly-anticipated film...
Read more
Movies

After Rise of Skywalker, Star Wars Films Won’t Stick to a ‘Three-Act Structure’

Star Wars: The Rise of Skywalker may be the last Star Wars film to have a three-act structure for a while, according to LA Times. Lucasfilm...
Read more
Music

Walt Disney Records is set to release the Star Wars: The Rise of Skywalker soundtrack, and today we have a date announcement. The album...
Read more