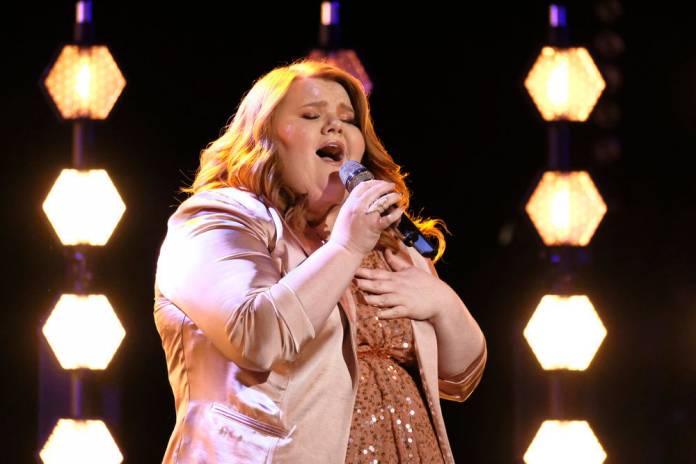 The Voice live shows are back and fans of the contestants not only chose their song choice this week, but they also introduced the singer they are rooting for to become the Season 15 champion. The top 11 battled it out for a chance to make it to the next round and VitalThrills.com (view photos!) was backstage at Universal Studios watching it all.

Team Blake’s Dave Fenley opened the show and did a funky version of Bill Withers’ “Use Me” complete with beatboxing, which left him breathless at the end, but earned him high praise from the coaches. “I chose something so different than anything I’ve done, but it shows my soulful side,” he said. “I’m shocked a little bit. That was wild,” Adam Levine stated. “It makes me happy to see you doing seemingly whatever you want. I commend you for just doing your thing,” he added.

16-year-old Chevel Shepherd, who we predict will go far in the competition, belted out “Space Cowboy.” Her coach Kelly Clarkson jumped up and down shouting, “You nailed it baby girl!”

Up next was Reagan Strange, 14, who had a great time with Avril Lavigne’s “Complicated.” “That was just plain fun,” host Carson Daly said. “I’m glad you’re letting me talk, because it’s fan week and I’m such a fan of yours. There’s something special about you and when you step out on that stage everyone can see it,” Blake Shelton gushed. Her coach Levine excitedly agreed. “I wish I had a half an hour to talk about you. You were unbelievable. You can be such tremendous star and inspiration on so many levels for young kids.” 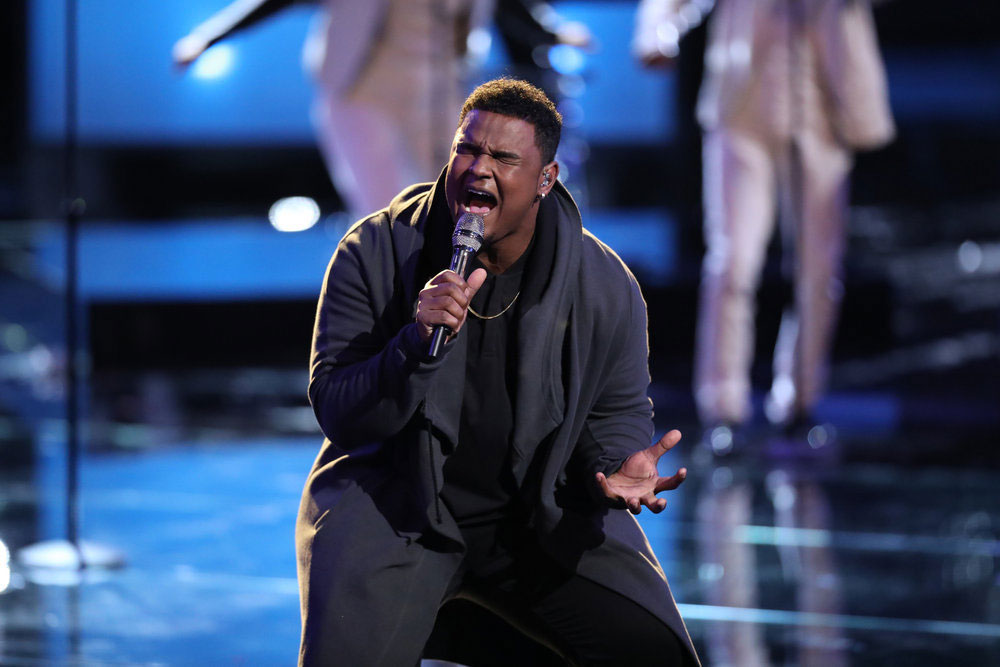 Team Kelly’s powerhouse Kymberli Joye sang gospel song “Break Every Chain” and had the crowd cheering from the first note. Jennifer Hudson and Clarkson were up on their feet loving her performance and got a standing ovation from all the coaches, as well as the audience. “I feel like we had a real moment here and should say thank you to the fans who chose that song,” Daly said. “You have this boldness that’s straight from God. It reminds me of watching [Jennifer Hudson] in the beginning,” Clarkson raved.

Kirk Jay, 23, from Team Blake performed “Body Like a Back Road,” and got his coach’s seal of approval. “What the hell are you doing up there? It’s incredible! You’re one-of-a-kind. Vote for this guy everyone,” Shelton pleaded.

Team Blake’s finale contestant Chris Kroeze took the stage next and performed “Long Train Running” and showed off his serious guitar playing skills. “America did you see that? That was incredible. You just keep getting better with every single performance,” his coach proudly said.

“The Comeback Artist” Lynnea Moorer beautifully sang “Consequences” by Camila Cabello. “You surprise me every time. You look like a star and you sound like a star,” Hudson told her. “I’m so proud that you had this moment and I’m proud of you for making each moment count,” her coach Kelly said.

Team JHud had her first contestant up finally and MaKenzie Thomas’ fans chose the Bee Gees’ “Emotion” for her. JHud was in tears and said, “you are so skilled. Your voice is like butter baby!” 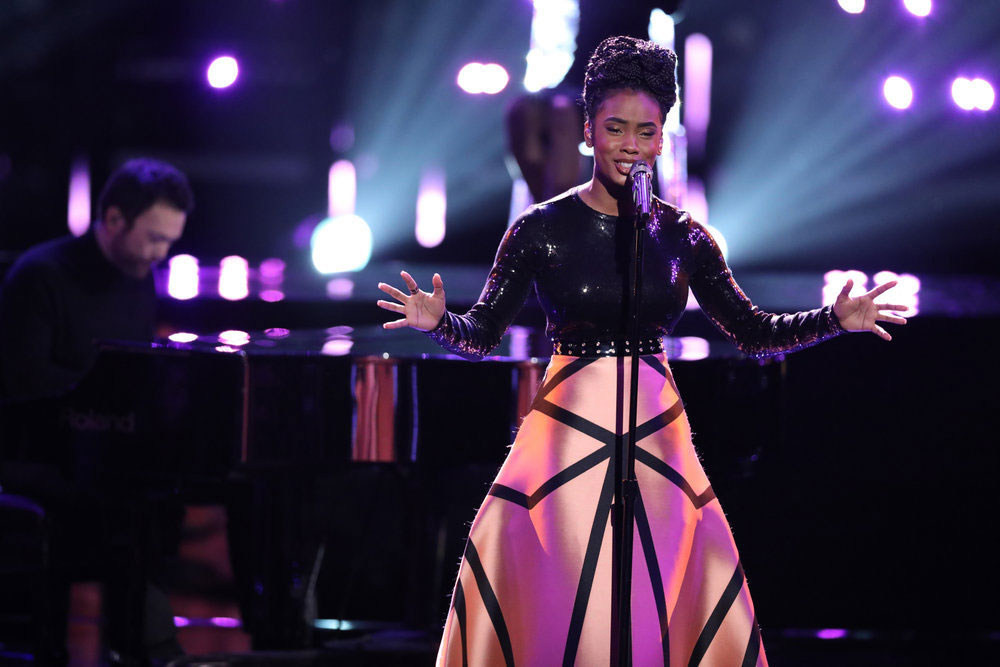 Sarah Grace did an amazing version of “Dog Days Are Over” and performed the Florence + The Machine song flawlessly. But we had no doubt she would. The 16-year old is another one to watch and we predict will make it to the finals. “Wow, Sarah Grace I got to say I’ve been a fan of yours from the beginning and I love seeing you step out from behind the piano and take the stage,” Shelton revealed. “I wouldn’t have picked this song and this is her best moment. You’re such a smart singer and I’m so proud of you,” her coach Kelly chimed in.

Texas soul singer DeAndre Nico was given “Cry for You” to sing and had JHud in literal tears. “You brought everyone to an important time in music. You can sing anything, but you do it with this command that demands people to make people pay attention to you,” his coach Adam bragged.

Team JHud’s Kennedy Holmes closed out the night with “Greatest Love of All” and the 13-year old demonstrated she is in the same league as Whitney Houston. She honored the legend with her stunning version of the classic hit and brought out her inner diva, showcasing her stage presence. “I’m so proud of you, I know Mamma Whitney is proud of you somewhere up there. We will see your name in lights!,” Hudson beamed.

The Voice airs Monday and Tuesday nights at 8 p.m. ET/PT on NBC. You can vote for your favorite artist right now by clicking here.