More
Home Music The Voice Live Recap: The Top 13 Perform for Your Vote 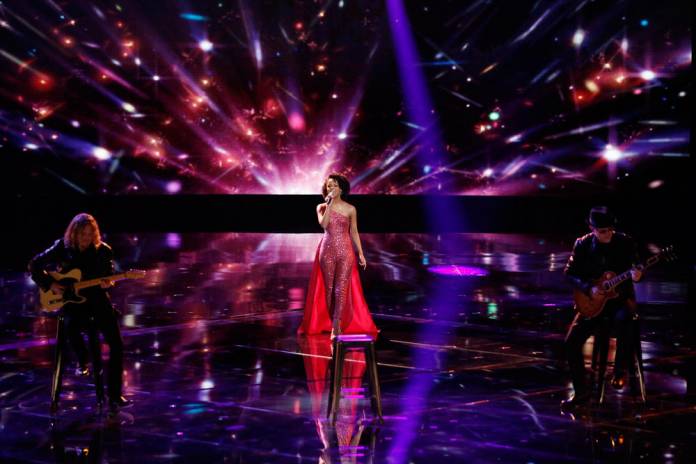 The live shows for Season 15 of The Voice are finally here! The top 13 contestants performed tonight for their coaches Kelly Clarkson, Jennifer Hudson, Adam Levine and Blake Shelton for America’s votes. This year there is one additional artist added to The Voice live lineup — making it 13 instead of 12 — with the new addition of The Comeback Stage. Coached by Kelsea Ballerini, the online series gives six hopeful singers, who tried out for the Blind Auditions and didn’t make it, a second chance. Last week, Lynnea Moorer won the votes and is moving forward in the competition, choosing Team Kelly as her coach.

It’s dedication week on The Voice and the contestants chose a song to reflect on something meaningful to them. The night kicked off with Team Blake’s Chris Kroeze, who dedicated “Let It Be” to his hometown Barron, Wisconsin, which was devastated by the abduction of a 13-year-old girl, who is still missing.

Team Adam’s Tyke James was up next. He dedicated “(Everything I Do) I Do It For You.” He infused a Hawaiian sound into the famous Bryan Adams song that landed him a standing ovation from the screaming crowd and Kelly Clarkson. “You stand apart,” she told him. “And I love that our hair is the same,” she laughed. “This version of the song has never been attempted,” Levine raved. “It was in his purest form. I’m so proud of you. Everyone get it on iTunes. I’m going to because I want it,” he added.

DeAndre Nico , who earned a four-chair turn in the Blind Auditions, chose “I Can Only Imagine.” “I connect with it spiritually,” he said before explaining he dedicated the song to his girlfriend who was pregnant but miscarried while DeAndre was going through the Knockouts. “When you hear DeAndre sing, you know it’s him. That’s the vehicle you have to drive through your career,” his coach Levine told him.

Team Kelly’s Kymberli Joye  took the stage next with a stunning version of “Diamonds,” which she dedicated to her sister, who was in tears. “You sing it different every time. You love to sing and be in the moment and it’s beautiful to watch. Your runs are insane. Not even on my best day could I do that,” Clarkson said.

The youngest artist on the show performed next – Team J Hud’s Kennedy Holmes, who dedicated “Wing Beneath My Wings” to her parents. “If it wasn’t for them, I wouldn’t be where I am right now. My mom is most definitely going to cry,” she told Hudson. All four coaches stood up for the 13-year old after she belted out the Bette Midler classic.

SandyRedd emotionally sang “It’s So Hard to Say Goodbye to Yesterday,” which she dedicated to her late mother. “I just feel like she didn’t get the appreciation,” she cried. “You’re such an incredible singer,” Shelton gushed. 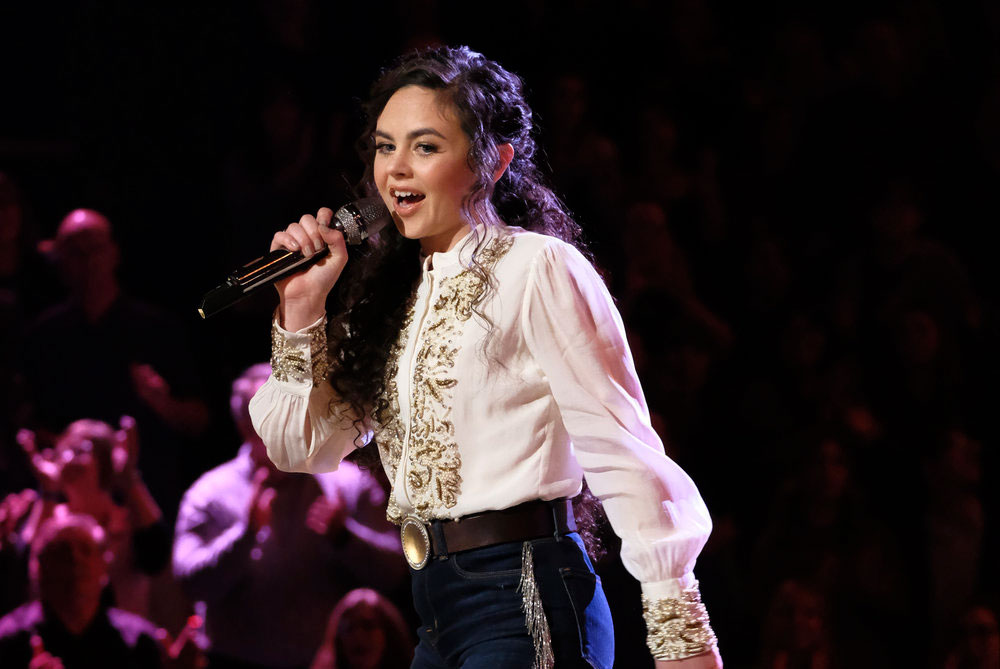 Country singer Chevel Shepherd  showed off her sassiness with “Little White Church,” which she sang for her dad. “Me and my dad are so close. We’re best friends,” she said. “You are so magnificent,” Clarkson screamed. “You guys she’s 16!” her coached exclaimed. “You’re so awesome and talented,” Levine chimed in.

MaKenzie Thomas  chose her coach Jennifer Hudson’s song “I Am Changing.” “You’re the only person who turned a chair for me. You’re my dedication,” Thomas said. “Thank you so much for that beautiful dedication. Your voice is crystal clear and I can’t get enough of it,” Hudson tearfully said.

Sarah Grace had Clarkson in tears during rehearsal, and when she performed “Goodbye Yellow Brick Road” on stage, the 16-year old had Clarkson cheering. “It’s a beautiful thing to see someone so young sing such old-school songs. Thank you so much for choosing me as your coach.”

Dave Fenley was Shelton’s save last week and sang “Hard to Love” to his wife, who “doesn’t ask for much,” the Texas rocker said. “I was super mad when you didn’t get voted through last week because you’re one of my favorites. I’m a huge fan,” Levine revealed. “I don’t think you’re that hard to love. I love the hell out of you!” his coach joked.

The Comeback Stage artist Lynnea Moorer sang ‘Wolves” to her mother, who is in prison. “Lynnea might be coming in as the underdog, but she’s going to shock everyone,” Clarkson stated. And that she did. The 19-year old from Oakland, California owned the stage and commanded the audience’s attention with her take on the Selena Gomez hit. “I am just so blown away by you. You remind of Rihanna a little bit,” Hudson said. “You’re the comeback kid who is killing everyone tonight,” Clarkson said. “I could not be happier that you picked me [as your coach],” she added.

Kirk Jay sang “I’m Already There” for his mom. “If it wasn’t for my mom, I would not be here. She’s sacrificed everything for me,” he said. Hudson was in tears after his performance and said it looked like you could taste every note. “What did it taste like?” she teased. “I am your biggest fan.” His coach Shelton said, “it’s not even fair to do that great song and do it like you did and knock it out of the park is incredible.”

Team Adam’s Reagan Strange  closed out the night with ‘You Say Bye,” which she dedicated to her grandparents. “I sang it a couple of weeks ago for the first time in church and my grandma was crying – for the good,” she laughed. “You’re truly amazing,” Levine excitedly told her. 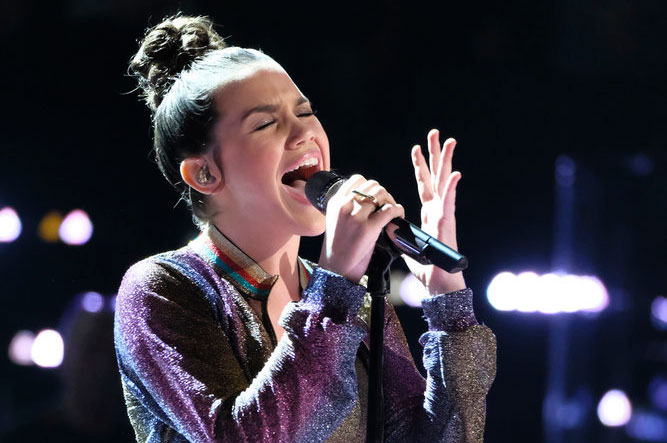 Here’s how the teams currently look. The top 11 will be revealed Tuesday night on The Voice live.

The Voice airs Monday and Tuesday nights at 8 p.m. ET/PT on NBC. You can vote for your favorite contestant by clicking here.