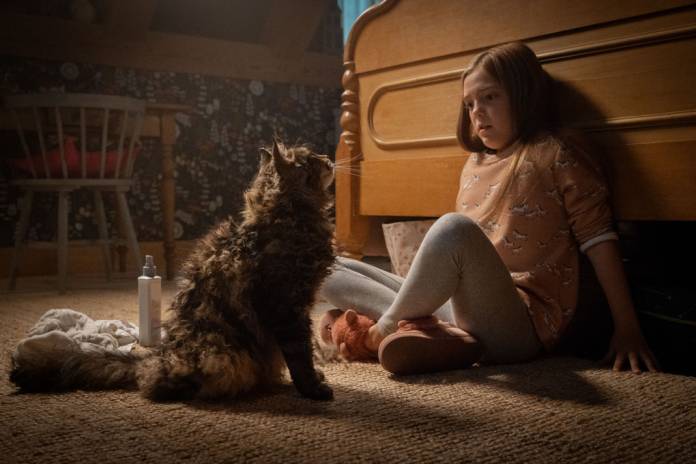 I am a massive Stephen King fan. Pet Sematary is one of my favorite King novels & films. When I heard they were remaking this I had the knee jerk reaction that most of the internet had: “No! Hollywood is remaking yet again another classic instead of coming up with fresh ideas. Nothing is sacred!! There’s no way this will be better than the original.” Insert heavy sigh. Thankfully, most of my misgivings were laid to rest.

King novels sadly have a history of being poorly translated into films and series. I’m still mad about The Langoliers, Lawnmower Man, and Dreamcatcher. In 2017 they seemed to be on a roll with King films that appeased fans, including yours truly. We got movies that ranged from awesome to mediocre on the big and small screens. In the awesome category, we have the remake of It and Netflix‘s 1922. Also on Netflix, Gerald’s Game was a small hit with critics and fans alike. The Dark Tower was more of a miss than a hit in the theaters, but I actually enjoyed it for what it was even though it wasn’t faithful to the beloved series that brings the Kingverse together more than any of his other books. We also got Hulu’s Castle Rock in 2018 which is in production for Season 2.

The 2019 incarnation of arguably one of the best King flicks has some major changes and as per usual, I will be giving you a relatively spoiler-free review. Jason Clarke (Brotherhood, Zero Dark Thirty) plays Louis Creed, a Boston MD who moves his wife Rachel (Amy Seimetz – The Killing, Alien: Covenant), young children Ellie and Gage, and the family cat, Church, to Maine to slow down and enjoy life away from hectic city life. While there, the Creeds meet friendly widower ande Maine native, Jud Crandall (the stellar John Lithgow), who instantly becomes taken with the family especially Ellie.

The Creeds’ new country home is idyllic and charming… except for the ominous highway right next to it that has speeding semi trucks roaring by throughout the day. Oh, and the Creeds’ home also includes 50 acres of land which happens to have a pet cemetery (spelled “sematary” due to young children making the sign) in the woods as well as another unbeknownst to them – an Indian burial ground that has been blocked off by fallen trees. 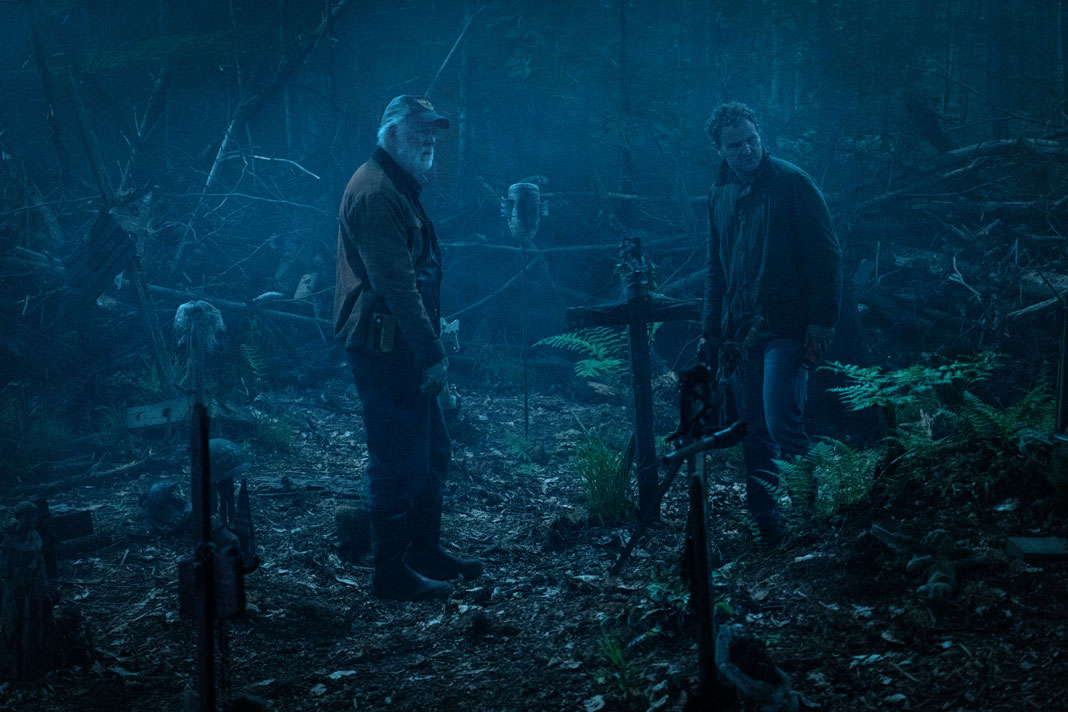 I’ll stop here and say if you haven’t seen the 1989 Mary Lambert-directed movie with Dale Midkiff, Denise Crosby and the remarkable Fred Gwynne as Louis & Rachel Creed and Jud respectively, DO IT NOW. Seriously, you are doing yourself a disservice. The original has aged pretty well and I still am creeped out by Zelda, Rachel’s bedridden sister who suffers from spinal meningitis.

Speaking of Zelda, I was pleasantly surprised with how she was portrayed in the new film. I actually wanted more of her. She’s still creepy and unnerving. They also made Church the cat more faithful to the book. In the ’89 film, Church is a British Blue and while iconic, Church appears to be a Maine coon in the artwork of the 1st edition of the book and so that’s what directors Dennis Widmyer and Kevin Kölsch decided he would be for their movie. Church, played by five different cats, is a scene stealer and utterly adorable… and terrifying. There is also an uncanny resemblance to the old and new Gage (technically Gages as the character is played by twins Lucas and Hugo Lavoie).

(Spoiler alert if you haven’t seen trailers for the film…)

The first half of the film is pretty faithful to the original movie. The biggest twist, which has been widely publicized, is that the role of the ill-fated child has been switched. Ellie is now the poor soul that meets a fateful ending vs. baby Gage. Some people, myself included, were not happy about that detail. Children are creepy in horror movies as it is and usually, the younger/more innocent the creepier they are. With nine-year-old Ellie now being brought back instead of three-year-old Gage, there are some added benefits. The conversations Louis has with her can provide more tension and substance. There are some moments that definitely gave me a comparable shiver as to when Gage said “Now I want to play with yooooou” in the ’89 version. 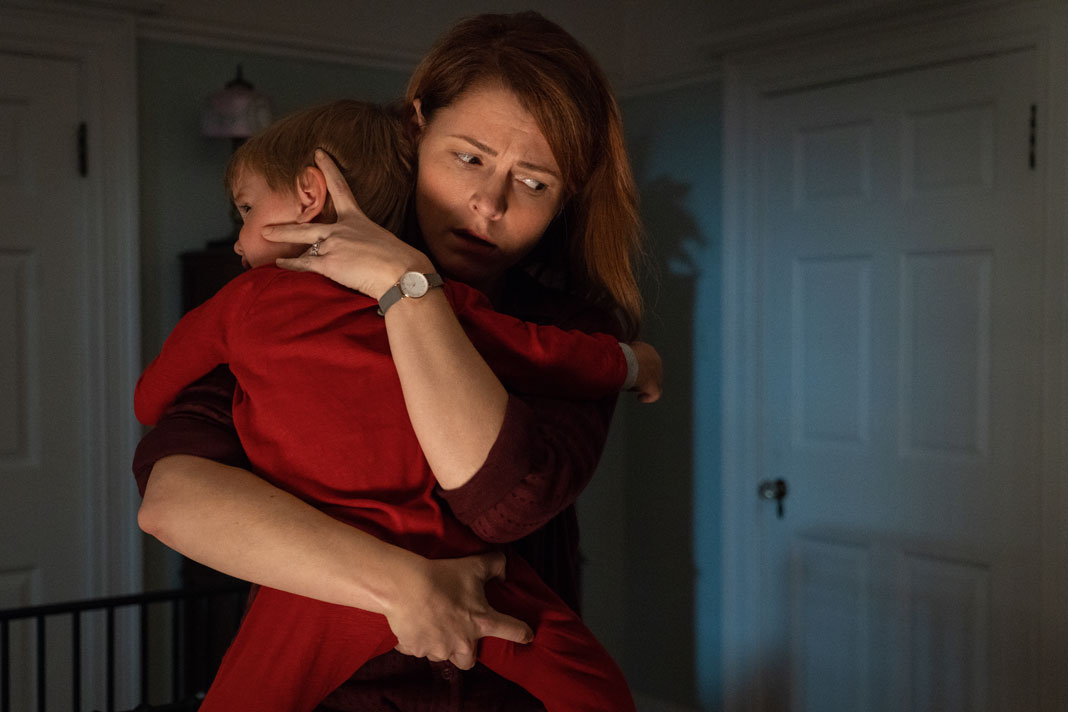 Jeté Laurence’s performance as resurrected Ellie Creed is hit and miss. I don’t blame the actress as much as I blame the script. Some of her lines are just plain cheesy, while others are delivered with the perfect amount of menace. Her look is on point and the SFX team did a great job. There are some winks to the Lambert-directed film that I don’t want to spoil for you, but there is one particular King/Multiverse nod you might miss where Jud is at Ellie’s birthday party and refers to a familiar St. Bernard that got rabies (I squee’ed internally pretty hard).

Once Ellie dies and the second half kicks in, the film takes a turn. Again to keep spoilers to a minimum, I won’t go too deep but I will say the changes are surprisingly refreshing and don’t feel like it’s trying to copy or outdo the original. There are a few jump scares but mostly it’s wonderful anticipation that keeps you glued to the screen. I did want a bit more chemistry between Clarke and Seimetz but it’s not horrible.

The movie clocks in at about 1 hour and 40 minutes and I think them adding an extra 10-15 minutes to develop the relationships between the Creeds and Jud and also amongst the family themselves a bit more would have been beneficial. While I was excited to see Lithgow’s spin as Jud, I was a bit disappointed to hear he is missing any accent especially when he is supposed to have been born and raised in Ludlow, Maine. Who doesn’t remember hearing the classic line “Sometimes dead is better” in that wonderful thick Maine accent Gwynne donned.

I don’t agree that this is the most terrifying or best incarnation of one of Stephen King’s stories, but it is a solid movie and worth the money. Stephen King tweeted “This is a scary movie. Be warned“ and for the most part, he’s right. King purists may not be pleased with the changes, but if the Man himself is pleased with them, it’s good enough for me.

Neve Campbell Officially Back as Sidney Prescott in Scream

Unhinged is unapologetic trash. That's not a bad thing. Good trash can be great. But there's not much worse than bad trash.
Read more