Mortal Kombat Review: A Blast, But Not a Flawless Victory

Home » Mortal Kombat Review: A Blast, But Not a Flawless Victory

In Warner Bros.’ new Mortal Kombat movie, we follow a new character named Cole Young (Lewis Tan). He’s a washed up MMA fighter with a wife and daughter. He’s had a dragon marking from birth, and he assumes it’s just a birthmark. What it actually is will change his life, as he’s pulled into a battle between the realms to save our world.

You may have seen the first seven minutes of the film online (SPOILERS for that video), where Hanzo Hasashi’s (Hiroyuki Sanada) family is hunted down by Bi-Han/Sub-Zero (Joe Taslim). It’s the moment where he becomes Scorpion, and it’s taken very seriously. The setting is beautiful, the fighting is amazing, and there is some literal “fridging” of a female character. It made me wonder if that was going to be the tone of the film, and if fridging the women would be an issue.

I’m just going to get this out of the way right now. While there are very few women in this film, and we don’t see enough of them, the fridging trend isn’t something Mortal Kombat sticks with. Though the clip had me concerned, it’s not something that keeps going. That’s all I can say without spoilers.

It’s pretty clear that Cole is going to be connected to Hanzo. You’d have to be a bit daft not to see it coming, so I don’t feel bad about revealing that. Our hero is pulled into the battle between Outworld and Earthrealm after Shang Tsung (Chin Han), the leader of Outworld sends Sub-Zero after Cole.

You see, there are tournaments between the realms, and Earthrealm has lost the last nine. One more, and Outworld takes over. However, there is a prophecy (isn’t there always?) that someone with the blood of Hanzo Hasashi will unite Earthrealm’s champions, and it seems that our washed up MMA friend is that person.

Shang Tsung, who’s favorite snack is souls, sends his minions to take them all down. Liu Kang (Ludi Lin) finds some of the heroes and takes them back to Lord Raiden (Tadanobu Asano) and his temple.

To fight Shang Tsung, our heroes Kano (Josh Lawson who isn’t really a hero, but is very funny), Sonya Blade (Jessica McNamee), Jax (Mehcad Brooks) and Cole have to find their arcana, or internal superpower. Liu Kang and Kung Lao (Max Huang) already have theirs, and Raiden is a god, but the rest of the gang are having a rough time.

Cole is a mess and Jax has wimpy metal skeleton arms. Kano finds his first, and let’s just say it doesn’t go so well. Sonya doesn’t even have the mark, meaning she can’t find her arcana at all. You are born with the mark, or from killing someone with it, and she hasn’t done that. Yes, it seems a bit complicated, but I promise you, it’s not.

I should say here that I’m a huge fan of the games. I literally sat in a bar in college, guarding the arcade game so I could watch the bios for the characters appear on screen. (This was in the days before wikis.) I’m a huge fan of the 1995 film, despite the buckets of cheese that it threw at the audience.

I’ve played every version, and I’ve read the wiki for fun. Yes, this is all very silly, and if you aren’t familiar with the game, you’re going to be very confused, but if you are a fan, this is all going to make sense, even the silliness.

For the fans: There is no actual tournament in Mortal Kombat. It’s sort of like we’re playing in story mode in Mortal Kombat 11, rather than just having battles. There are references to the fact that “Kombat” is spelled with a “K.” There are actual lines from the game like “flawless victory,” “Kano wins” and “test your might.” There are glimpses of other champions on a cork board in Sonya’s home.

We are introduced to a ton of characters right off the bat, from Liu Kang to Kung Lao to Sub-Zero to Scorpion and Jax. We meet Mileena (Sisi Stringer, and yes, you will see her real teeth, despite what we saw in the trailer), Goro (voiced by Angus Sampson and clearly where all the money went) and so many more. New ones are teased by the end, and if a sequel happens, it’s likely where we’ll see the actual tournament. We even get a tease of the music from the original film. No one yells “Mor-tal Kom-bat,” but you’ll probably do that yourself. I certainly did.

The fighting is an absolute blast, and isn’t that why we’re all here? In fact, for an R-rated film, it skirts the edge of that rating. There are fatalities, of course, and though there aren’t a lot of them, they are pretty spectacular. I did yell at the screen loud enough during one of them that the cat was disgusted with me. There are moves you’ll recognize, and plenty of battle scenes. It’s bloody and fun, and it doesn’t take itself very seriously, which is exactly what I wanted to see.

So, what are the issues? Well, first of all, the languages. People seem to be polyglots in this film, switching back and forth, or at least able to understand more than one language. It was a bit distracting.

Also, no one seems to be surprised by magic, arcana, giant tournaments, the existence of Outworld and large creatures with many arms showing up. I mean, they’re ready to battle or hide, but no one ever says anything like, “What the actual f***? What the hell is wrong with her teeth?” Kano is weirded out by Liu Kang’s fire for a moment before he tries to figure out the trick, but other than that, everyone seems to take it all in stride.

There are odd little things like garden gnomes with snot on them that somehow deserve a callback later in the film. We don’t get much backstory, since there are so many characters. We’re shown just enough to confirm what we know about the characters from obsessively reading the wiki… I mean, playing the game, but that’s it.

We know Kano is a bad guy because he starts the film chained up. We know he’s the comic relief from his references to Magic Mike, Gandalf and Harry Potter. (He’s good comic relief though, and steals most scenes he’s in.) We don’t learn much about Outworld, or Shang Tsung, and the film assumes you already know about the history of Scorpion and Sub-Zero, and if you don’t… well, I would point you to that wiki.

The thing is, you don’t really need to know. Mortal Kombat assumes that you do, and it’s likely going to weird for non-players, but fans won’t need to do Marvel-level research to understand what’s going on. You really don’t need to have played every game. It doesn’t matter if you recognize the characters whose pictures we see for a moment, or if you’ve ever played as each character. Even casual players will have fun here, though for crazy fans like me, there are enough touches everywhere that you won’t need anyone to pop up and say, “Toasty!” Forgive me. Here‘s why I wrote that.

In the end, light story and silliness aside, Mortal Kombat is fun. It’s just plain fun. When I was asked by my significant other what I thought of the film, I said, “Wow, that was goofy as hell. I loved it!” I think I had a different bar for this film than I do for others, between my game fandom, and my love for the original goofy as hell film. (We’re not going to talk about Mortal Kombat: Annihilation. It’s better that way.)

This one is better, and I’m wishing they filmed a sequel at the same time so I could go right on to watch that next. It oddly works that everyone in the film takes the story seriously, but the director (and the actors) seem to know exactly what sort of film they’re in. It’s “in world” seriousness.

If you’re willing to suspend disbelief (a lot), ignore the fact that no one seems to be weirded out by what’s happening and just enjoy it for the fun popcorn movie it is, you’re going to have a blast and yell at the screen the same way you do in the game. If you’re looking for a super serious version of the story from a game that has something called “babalities,” this film isn’t for you.

Overall, director Simon McQuoid has fun with the film, and so did I. It’s exactly what fans will want it to be, and it’s a fun distraction from the world right now.

Mortal Kombat will release nationwide on April 23 in theaters and will be available in the U.S. on HBO Max for 31 days from theatrical release. 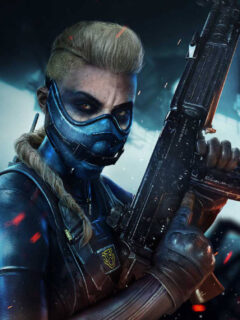 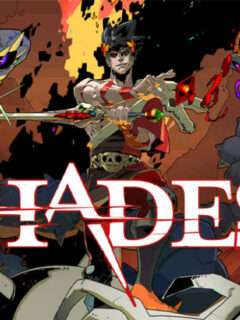 Next
Hades Game Tops 24th D.I.C.E. Awards With Five
Click here to cancel reply.
Disclaimer: This post may contain affiliate links through which we earn a commission if you decide to make a purchase, at no cost to you. As an Amazon Associate, we earn from qualifying purchases.
BigScoots Hosting: The last host you'll ever need! Click for details.