We Chat with Brian and Domhnall Gleeson from Frank of Ireland

Brian and Domhnall are brothers, which you might already know, but in the series, they play best friends Frank (Brian) and Doofus (Domhnall). In the interview, we learn all about the difficult but lovable loser Frank, and the less-than-perfect people he interacts with.

The brothers spoke about working together. Brian said, “It was brilliant, it was brilliant. I was glad, especially on set, to have Domhnall there, and Michael Moloney our co-writer was also on set. There were always problems and there were always solutions we had to find. In a way, there’s no better way of working than with your friend and your brother. It was great.”

The series is set in Malahide in Dublin, Ireland, and the country itself is as much a character as any of the actors. Domhnall said, “We’d always wanted to do something at home, the pair of us, so I think that was the main inspiration for the setting of the whole thing. And then to do it with an Irish crew and an Irish cast around us was sort of the great joy of it, I think.”

One of the main characters named Nicola is an MMA fighter (Liz Fitzgibbon) and Brian said that though he doesn’t follow it himself, it’s become a big deal in Ireland with the success of fighter Connor McGregor. Domhnall added, “It’s a big scene in Ireland. A lot of MMA gyms [are] all over the place. It’s kind of huge.”

Frank and Doofus get in on the MMA action as well, so we asked them about the stunt work. Brian said, “Yeah, the cage, the cage.

“Liz Fitzgibbon who plays Nicola is a fighter herself. I think it’s kickboxing she does, so I got a couple of those kicks. She knows what she’s doing, let’s just say that. Either way, I ended up on the floor,” he laughed.

Domhnall added, “In the liver. She kicked him full in the liver! I’ve never heard Brian – like, she’s such a wonderful actress, but also, clearly, a very good kickboxer, because, I mean, she made full contact, almost like with a slap of a kick… and Brian went, ‘Oo-woah!’ It was a noise I’ve never heard before.”

Frank is sort of a jerk, but you can’t help but love him. We asked the guys why we root for characters like this.

Domhnall said, “If someone’s funny, you’ll forgive them most anything – on camera, on a TV show. In life, it doesn’t matter if they’re funny if they’re just a nightmare to be around. But I think as long as they’re entertaining to be around, that really helps.

“And I think Brian’s performance centers the whole thing brilliantly. He was always keen to make sure Frank felt real at the same time as feeling funny. And that we could empathize with him, despite the fact that he behaves like such a child.”

The ensemble cast is stellar, and Domhnall said they were lucky. “We’ve got some of the best actors in Ireland in it, you know? Pom [Boyd] who plays Brian’s mother, is absolutely fantastic.

“We’ve got Sarah Greene [Áine] who’s in lots of stuff now, and whose career is has been taking off… Liz Fitzgibbon, Tom Vaughan-Lawlor [Peter-Brian] who Brian has worked with… and then our Dad is also in there, Brendan Gleeson and so many other people are in there. It was just an embarrassment of riches.”

Frank of Ireland is a physical and ridiculous brand of humor with an original twist. Brian Gleeson (Peaky Blinders, The Bisexual), stars as Frank Marron, a 32-year-old catastrophe; a misanthropic fantasist in arrested development who’s convinced that the world owes him.

He’s also our hero. Frank is newly single and still lives at home with his mother, Mary (Pom Boyd, Rosie).

He’s a self-proclaimed musician with a tenuous hold on reality, and hasn’t written a song or played a gig in years. His ex-girlfriend Áine (Sarah Greene, Dublin Murders) has just found a new boyfriend, and Frank may be finding that a tad difficult.

Are you guys excited for the premiere of Frank of Ireland? Don’t miss the final episode, that’s all we’re going to say.

The series premieres on April 16 on Amazon Prime Video. You can watch the trailer for the series here. 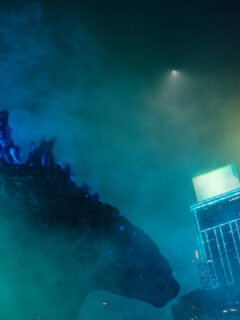 Previous
Godzilla vs. Kong Dominating with Over $350M Worldwide 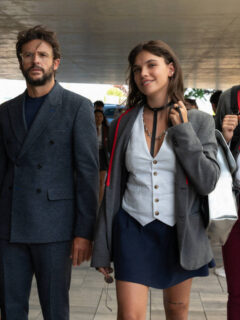 Next
Elite Season 4 Release Date, Trailer and Photos!
Click here to cancel reply.
Disclaimer: This post may contain affiliate links through which we earn a commission if you decide to make a purchase, at no cost to you. As an Amazon Associate, we earn from qualifying purchases.
BigScoots Hosting: The last host you'll ever need! Click for details.