It’s difficult not to compare Ari Aster’s Midsommar to his previous film, Hereditary; in both Aster uses grief as an entry point into explorations of horror and despair. In the case of Midsommar, that grief hits directly and quickly as Dani (Florence Pugh) is given some devastating news that destroys her world as she knows it.

Her boyfriend, Christian (Jack Reynor), an anthropology major, is already eyeing the door in their relationship, but once Dani suffers her tragic loss, Christian feels obligated to stay as to not make things worse.  A few months later, Christian decides to take a trip to Sweden at the invitation of Pelle (Vilhelm Blomgren) to see an ancient gathering with Pelle’s family that happens every 90 years.

Christian doesn’t much care if Dani goes or not, but Dani feels compelled to come, if for nothing else to get away and try to find some peace from the tumultuous events of the past year. But Dani, Christian, and their friends will find no peace where they are going.

At this point, the horror films released by independent studio A24 are practically a subgenre themselves. Most of them are slow burns, more serious explorations of terror than your standard big studio horror film. Instead of jump cuts and screeching music cues on the soundtrack, these films slowly drop audiences into dark pits where there is little chance of escape. Most of the time, A24 horror films don’t rank very high on audience scores.

They aren’t films that are easily digestible and aren’t there for simple gore effects and shock. They are uneasy experiences, relevant to the time, and have more on their mind. Movies like The Witch, or It Comes at Night, or Hereditary are not easy sells, and offer no simple encapsulations. But, if you find a dark place in your mind and let these films sit for a bit, you may find that they are not easy to shake.

Ari Aster’s Hereditary is a film about the destruction of a family, and Aster seems happy enough to dive into some very deep issues, while not giving audiences much room to escape. It featured a very strong performance from Toni Collette, and frankly, she should have been nominated for an Oscar for her work in it. Aster has an affinity for actors, giving them a lot of room to explore and giving audiences a real empathy for his characters before he tightens the vise. Florence Pugh’s Dani is one such character – we see her struggle with what has happened to her, and we also see her try everything she can to save her relationship with Christian.

But Christian is not only distracted with his schoolwork — he’s preparing a thesis and running out of ideas — but he is also moved on from Dani, especially since his friends are urging him to break up with her. But once Dani, Christian, Mark (Will Poulter), and Josh (William Jackson Harper) enter the gathering, they are not prepared for what awaits them.

We’ve seen this kind of horror before — The Wicker Man is a clear inspiration — but what makes Midsommar work when it does is Aster’s refusal to give his characters, and the audience, any respite. The camerawork is exquisite; Pawel Pogorzelski could have shot this with IMAX cameras and it wouldn’t have looked much different. The sanguine movements of the lens, and the unblinking stare into the terrible visions that ensue have a way of getting under the skin just like in Hereditary, except we are not exploring dark hallways and shadowy dollhouses. This is in the full light of day, and the glare of the sun coupled with the rising intensity makes for an unnerving experience.

So why doesn’t Midsommar work as well as Hereditary? We are sympathetic to Dani, and Florence Pugh is very good, but there are a few logic lapses in the story that distract and annoy. Aster is trying to build a mood, but it’s difficult to sustain, especially at the film’s length, which is almost two and a half hours and feels it. Midsommar is unnecessarily bloated and Aster could have streamlined his film quite a bit and made it more effective. Aster writes and directs like a filmmaker who needed to be told no a few times in production.

Unlike Hereditary, Midsommar has moments of humor and levity, mostly provided by Will Poulter’s Mark, a constantly vaping, mushroom-eating dudebro who has no ambitions beyond getting laid. Still, those are breaks from the tension building, and if Aster had made the movie shorter, those breaks may not have felt so obvious. Midsommar leaves a little too much ambiguity to what is happening when it should have committed to the premise like Hereditary does. Midsommar tries to have it both ways – is what is happening real, or some shared delusion? – and doesn’t quite succeed at either.

Perhaps there is a generational shift with Midsommar as well. While Hereditary dealt with older people dealing with their grief and their tragic past, Midsommar stays with the youth. It doesn’t feel as adult as Hereditary does, but mileage may vary with others.  What does work in Midsommar is the relationship between Dani and Christian, as one desperately tries to keep everything in their relationship together while the other wants nothing more than to break that relationship into a thousand pieces. Both Pugh and Reynor fill those uncomfortable, awkward silences, those distances between them growing ever wider, and it isn’t easy to watch, especially since we empathize so much with Dani.

That is where the true horror in Midsommar lies – you can see what’s coming, in the blinding light, but can do nothing to stop it. This is a good, solid second film from Ari Aster, and it feels very personal in many ways, but with focus and discipline, this could have been amazing. Still, with a flood of new voices in horror like Ari Aster, Jordan Peele, Jennifer Kent, Mike Flanagan, Karyn Kusama, and Ana Lily Amirpour, we will continue to be scared and enlightened at the movies. There is an abundance of riches in horror cinema right now, and while Midsommar doesn’t hit the highs of Aster’s previous film, it is still a journey worth taking.

A24’s Midsommar opens in theaters on July 3, 2019. You can check out all of the previous updates about the movie by clicking here. 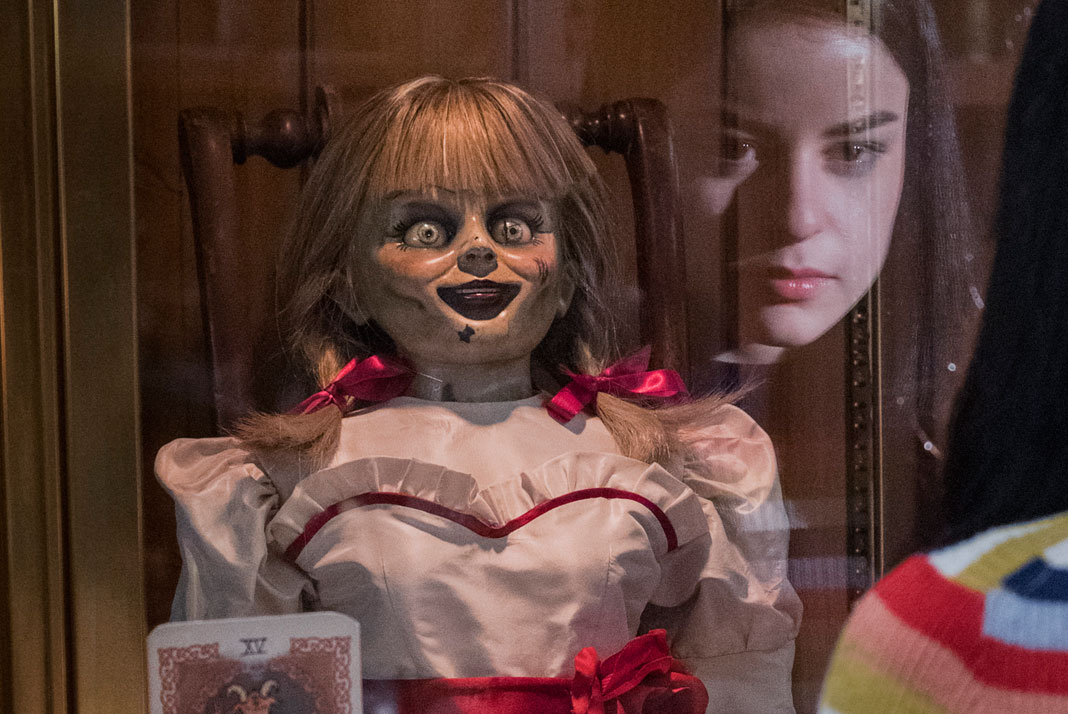 Previous
Annabelle Comes Home Review
Next
Spider-Man: Far From Home Review
Click here to cancel reply.
Disclaimer: This post may contain affiliate links through which we earn a commission if you decide to make a purchase, at no cost to you. As an Amazon Associate, we earn from qualifying purchases.