It’s a rare occurrence when you watch a film and realize that you’ve spoken out loud about it before it’s over. I apologize to the person sitting next to me, but I think he totally understood. There was a moment while watching Joker when the screen went black and a breathless “wow” came out of my mouth before I realized it.

Joaquin Phoenix is astounding as Arthur Fleck/Joker. Yes, that’s a big word, but it’s the first thing that came to mind after my inadvertent exclamation. Before I go into the Joker review though, I do want to address one thing. Fans freaked out when a misquote from director Todd Phillips came out saying he wasn’t basing this on the comics. It is based on the comics. It’s just not based on a single comic story. You can breathe now.

Though the narrative doesn’t rely heavily on a specific plotline, it’s tied in enough to the character we know and love to hate that comic fans aren’t likely to have any issue here. I won’t say more, because you definitely don’t want to get spoiled. This is a character study, though, so what we see of the larger world of Gotham is less important than what we see of Arthur and his journey into madness/who he really is.

Another issue fans were having was the fact that the Joker really doesn’t have an origin story. He certainly tells some to us, but we can’t trust him. He’s an unreliable narrator, as it were. The same is true here. Yes, we get a story, but since this tale is from the Joker’s point of view, we can’t completely trust what we’re seeing. That’s not a reach on my part. It’s very clear in the film that we can’t. It’s also very clear why that is. It’s a master class in directing from Phillips, letting us study a character in such an in-depth way, all the while knowing that that character can only tell us so much. You’ll understand more about why this being an origin story works by the end of the film.

The film is set in Gotham in the gritty and grungy late ’70s, early ’80s. You sometimes forget how aesthetically ugly a time that was, and it serves the story well. The gulf between the haves and have nots is getting wider, there is a garbage strike, and the people in power call those without it “clowns.” Sound familiar? There is going to be a lot of talk about how what we see in the film reflects the world we live in right now, and how monsters come to be. It’s one of the reasons this is so hard to watch. In a way, we’re looking at that guy with a devastating mental illness who we didn’t say hi to that one time, and wonder if that was the catalyst for his later actions. It speaks to a deep fear many of us have in a time of uncertainty about what causes people to snap. It also has something to say about what happens when funding for those suffering from mental illness is cut.

This is a story about a character that we love, who is sometimes written in a funny way, that takes a bit of the bite out of who he’d be if he was a real person. The lovable Joker we’ve seen in other films is gone, and replaced by someone suffering from something painfully real. That’s what makes it so uncomfortable. We can see what might have been, had things been different, had people been kinder, had the world been a different place. We also see how dangerous and how inspiring criminals who fight back against the system can be when things are dark in the world, and what damage and violence that inspiration can cause.

The setting and the dire situation in Gotham are another character in the film, and Phillips beautifully nails the feel of character studies from the time period. You’re also going to feel The King of Comedy vibe here, and see its influence, including a switch in character with Robert De Niro’s Murray Franklin. I don’t want to say more than that, but he’s perfect, which will surprise exactly no one.

I want to take a moment to mention how women are portrayed here. We’re seeing two important women in Arthur’s life — Sophie Dumond (Zazie Beetz) and Penny Fleck (Frances Conroy) — but we’re seeing them through his own eyes. It’s not active misogyny. It’s a disregard for the depths of others, and it’s done with everyone, not just the women. Any real objectification of women is only hinted at as Arthur flips through his journal/joke book in a quick glimpse of a cut out from a magazine. It’s a deft way to handle it that reminds me of how the TV series Westworld handled what could have been an awful scene to watch with implication rather than showing it outright. It’s what you don’t see that makes you uncomfortable sometimes. That’s the case with the violence as well. Yes, this film definitely deserves the R rating, and there are moments of intense violence, but the dread is really the thing that will make you squirm, rather than gore.

Phoenix absolutely transforms himself as Arthur Fleck. The physical moment of the character alone could convey what is going on with him, even if there had been no dialogue. Early on in the film, we see a moment of Arthur laughing, as we find out that uncontrollable laughter is part of a physical/mental condition he has. It looks painful. His eyes flick through emotions like joy, desperation to feel that joy, pain, sadness, despair, fear and vulnerability in the few moments that awful laugh takes. (Awful for him, but chilling for us.) It immediately tells us who this person is, what he struggles with, makes us sympathize with him and how he’s been treated, and makes us fear him. That laugh is an unintentional mask that keeps the world from really knowing exactly who they’re dealing with on a superficial level, but if any of them took any time to look into his eyes, it would stop them in their tracks.

Phoenix’s physicality is far more reliable than what Arthur actually says, and acts as an indicator of who he is and what’s happening. He’s awkward and twisted (particularly his arms and the position of his head) when he’s trying to be “normal.” The little dances he does as he tries to act sexy or confident are the sort that make you embarrassed for someone at a party. As he becomes who he really is, the movements are powerful. The dance is very different. His face goes from, forgive me, sad clown to relaxed and confident. Arthur is telling his own story here, so the audience feels relief to see him this way, all the while horrified by his actions. The excellent score by Hildur Guðnadóttir reflects his journey from sad sack to powerful villain as well, not only in the volume, but in the music choices. It’s as if Arthur’s inner soundtrack is showing us the level of belief in himself and the rightness of his decisions as it grows. I’ll say it right now; Phoenix will be nominated for his work here, and rightly so.

I’m struggling to find something to critique here. As I’ve spoken about the film to myself and my colleagues, I’ve come up with nothing. I’m sure I won’t be the only one. This standalone film was a brave choice by Warner Bros., and it’s very likely going to pay off. Again, this is a difficult film to watch, and it’s going to take time to process, but ultimately, I think this is going to be a definitive part of Joker canon. I can’t finish without comparing this performance to Heath Ledger’s in The Dark Knight, of course. I believe that both performances are brilliant, and this takes nothing away from the work Ledger did. These are different versions of the Joker, and both can exist side by side as incredible interpretations.

Joker opens in theaters on October 4, 2019. Click here for all our Joker coverage. The Warner Bros. Pictures release stars Oscar nominee Joaquin Phoenix in the title role, alongside Oscar winner Robert De Niro, and it is directed, produced and co-written by Oscar nominee Todd Phillips. 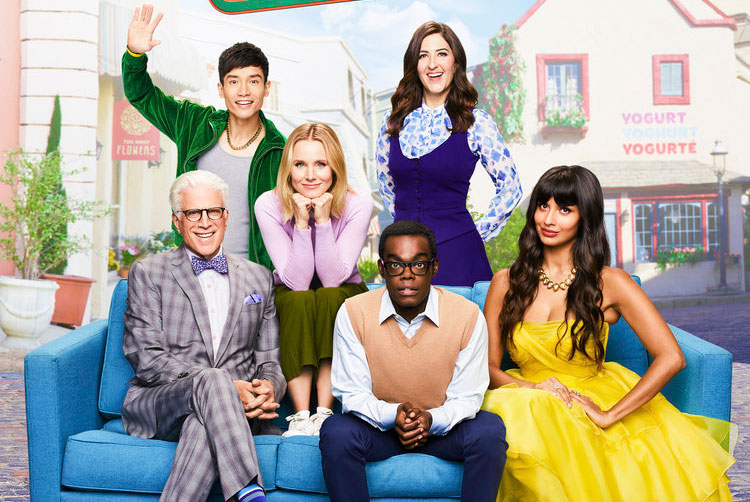 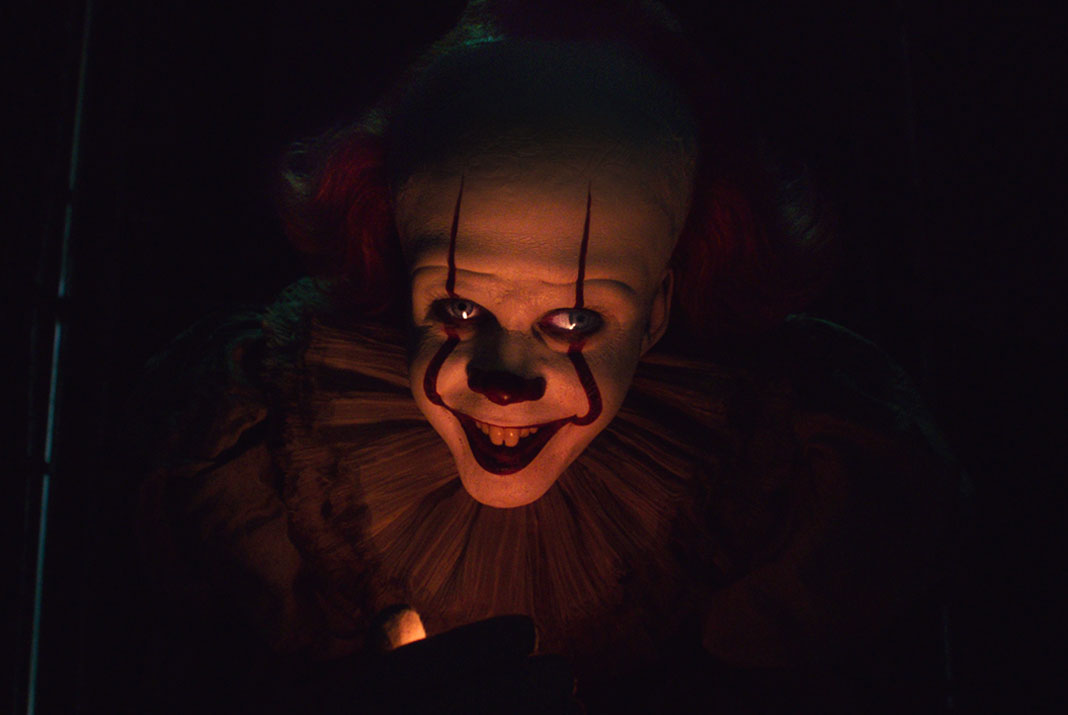 Next
It Chapter Two Review
Click here to cancel reply.
Disclaimer: This post may contain affiliate links through which we earn a commission if you decide to make a purchase, at no cost to you. As an Amazon Associate, we earn from qualifying purchases.
Amazon Prime Day 2021 is June 21 and 22! Click here for the deals.