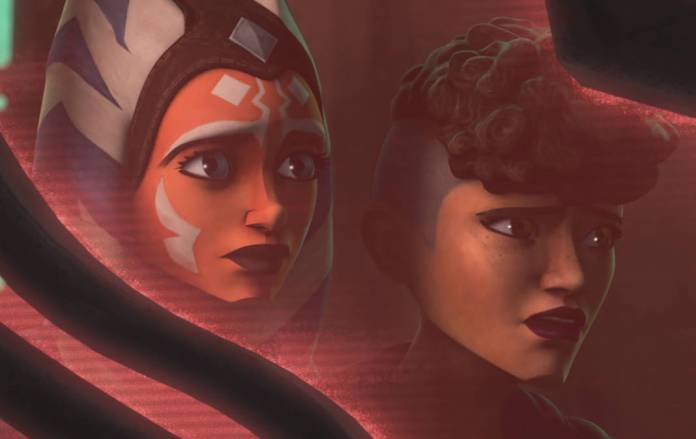 Star Wars: The Clone Wars has returned for its seventh and final season on the Disney+ streaming service. In this review, we’re taking a look at the seventh episode of the season, titled “Dangerous Debt.”

After being imprisoned by the Pykes, Ahsoka Tano and the Martez sisters manage a daring escape of their stronghold. Together they flee through the city to their ship, desperate to evade the Pyke forces in pursuit.

The relationship between Ahsoka and the Matrez sisters continues to develop, but the connection is made even deeper when Rafa reveals a story from the past that connects them all the way back to the original The Clone Wars movie. It’s an unexpected connection but one that explains their disdain for the elites on Coruscant. 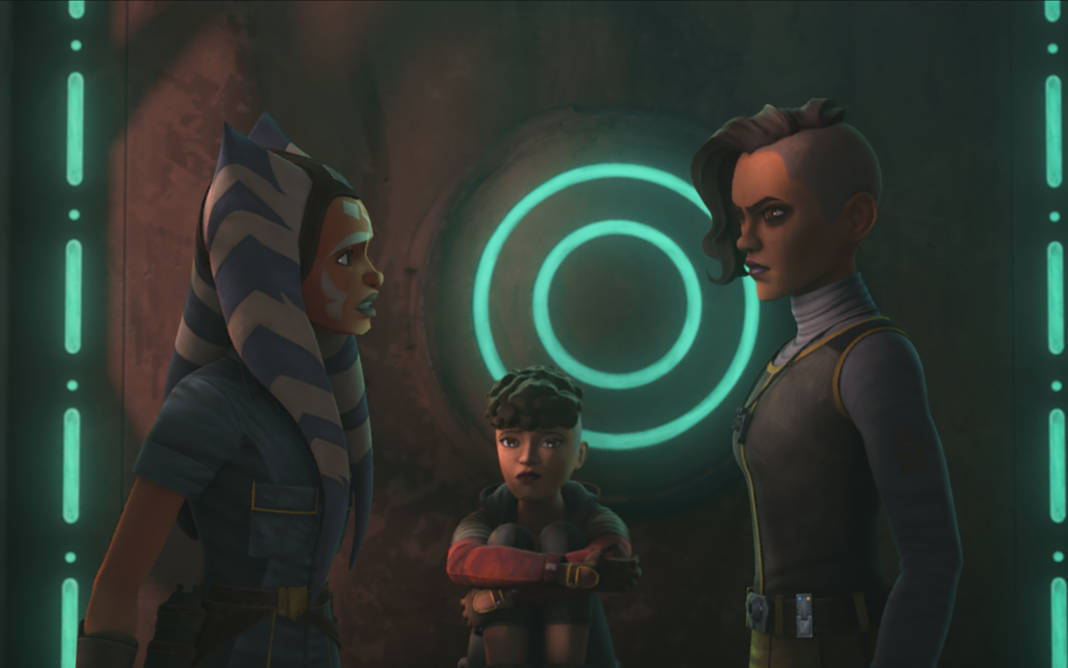 Speaking of unexpected connections, Mandalorians Ursa Wren and Bo-Katan appear and open the door for a connection potentially paving the way for Ahsoka’s appearance in The Mandalorian Season 2.

Directors Saul Ruiz and Bosco Ng also have fun with Easter Eggs in this episode. We again see Hammerhead in this original action figure clothes as well as Snaggletooth (blue outfit). There’s also a notable cameo by a torture droid of the same make and model as the one seen in Jabba’s Palace. He has a unique walk and voice that adds an extra level of creepiness to him beyond what was seen on Return of the Jedi. And keep an ear open for the infamous Wilhelm Scream, a staple of the Star Wars films. 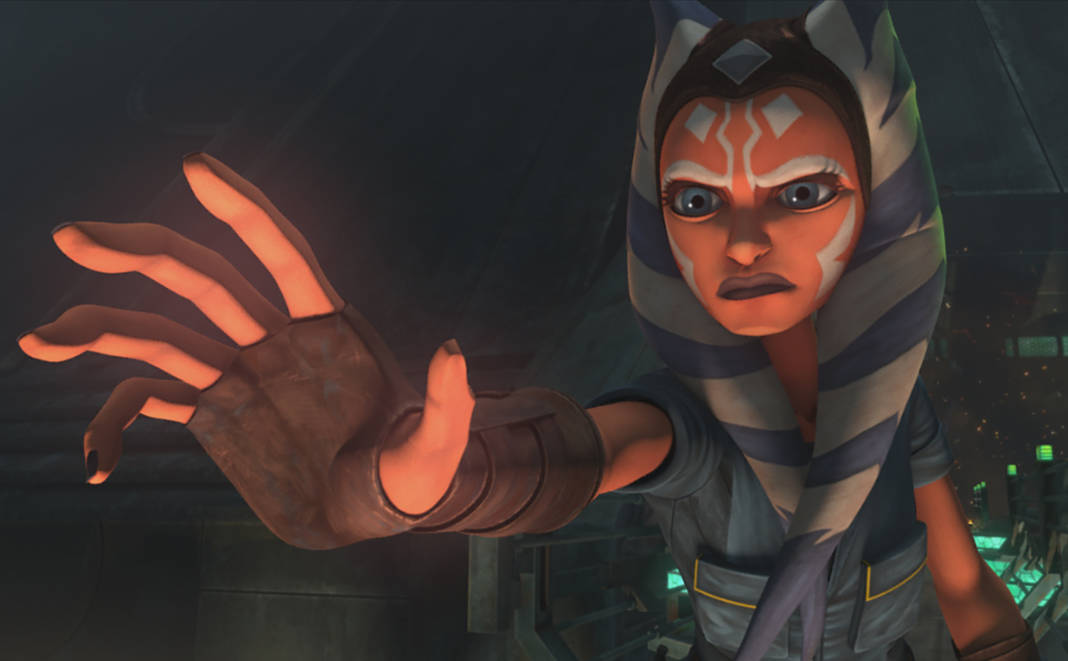 As in every episode, the production design is amazing. We get to explore deeper into the Pyke’s world which is an interesting array of glowing designs and soaring architecture. It’s kind of a mix between TRON and Corellia from Solo: A Star Wars Story.

While the relationship between Ahsoka and the Martez sisters continues to develop into an interesting partnership, Ahsoka is still a wet blanket for much of the episode. Just by the point Ahsoka is going to be fun again, the series will be over. 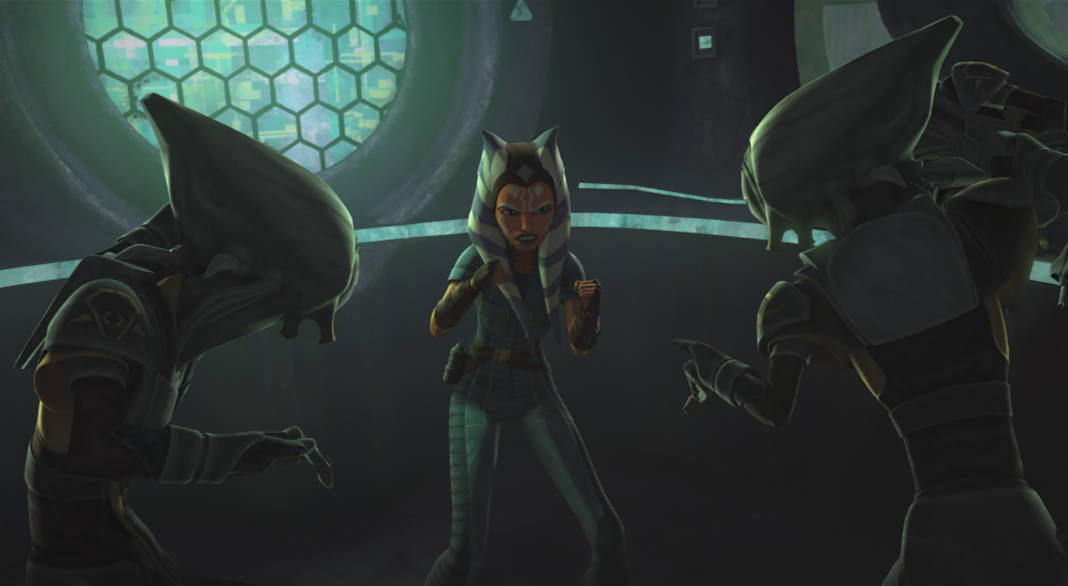 “Dangerous Debt” is a solid action episode, but it continues to be more about the setup of what’s to come that may be more interesting.

In honor of National Streaming Day, Disney+ has shared new images from Muppets Now and Phineas and Ferb The Movie: Candace Against...
Read more
Streaming

Artemis Fowl Clip Features the Search for a Journal

Clouds to Premiere on Disney+ in the Fall

Disney+ announced today that the moving and inspirational feature film Clouds will premiere exclusively on the streaming service this fall. The film,...
Read more
Streaming

Originally announced as an October 15, 2021 theatrical release, The Walt Disney Company revealed today that the Hamilton musical will now be...
Read more
Streaming

Temuera Morrison to Play Boba Fett in The Mandalorian!

The cast for Disney+ series The Mandalorian Season 2 is steadily growing and a big name was added today. According to The...
Read more

Netflix has released the Da 5 Bloods poster this Memorial Day and you can view the full poster below. Director Spike Lee...
Read more

It’s not the end all of a new film when it sticks to a premade plot formula. There are only so many...
Read more

FX has released a first look at What We Do in the Shadows Season 2 Episode 8 in the form of a...
Read more
Load more