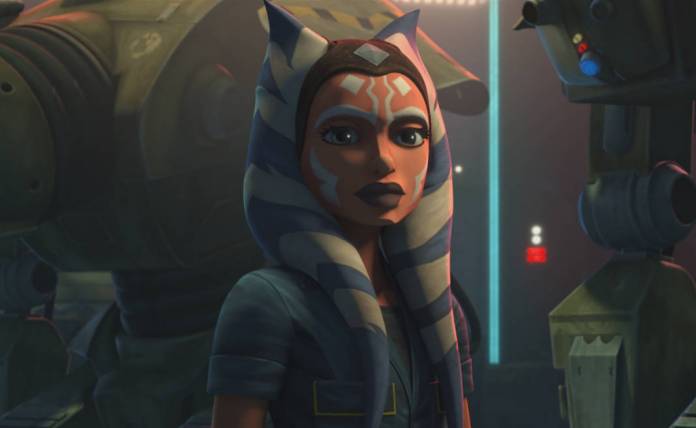 Star Wars: The Clone Wars has returned for its seventh and final season on the Disney+ streaming service. In this review, we’re taking a look at the fifth episode of the season, titled “Gone With a Trace.”

In the Coruscant underworld, Ahsoka Tano befriends a pilot whose sister enlists her to help build droids, but when a unit malfunctions, Ahsoka must stop the dangerous droid without revealing her Jedi past. 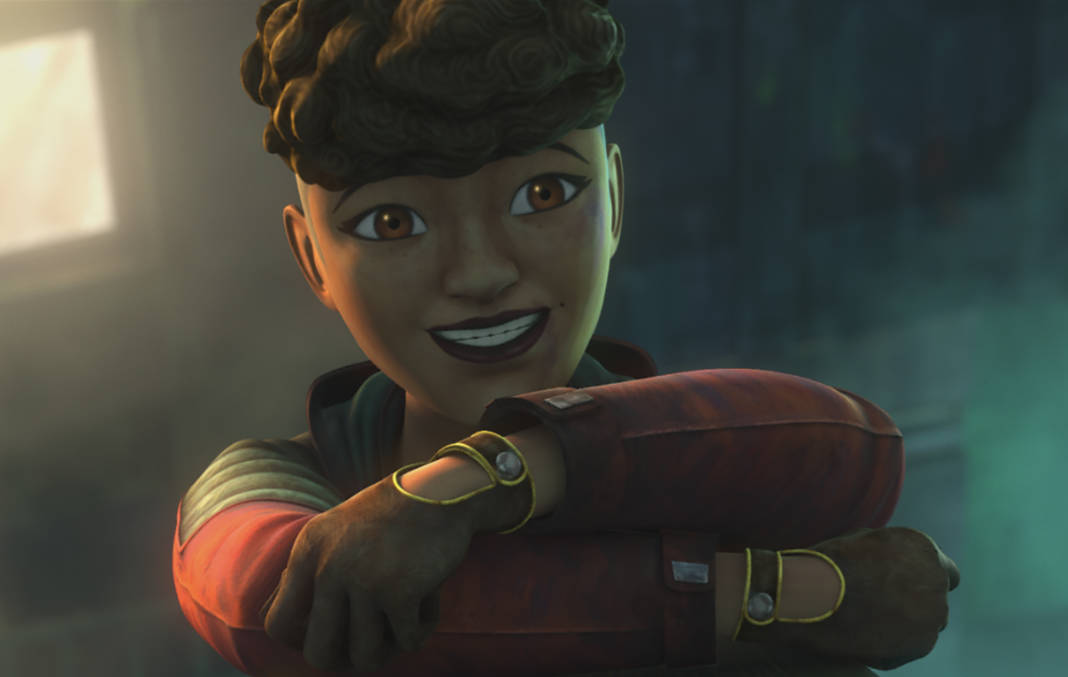 If you were to make a checklist of what you wanted to see in a Clone Wars finale season, a resolution of Ahsoka Tano’s storyline would be high up the list. While we saw a bit of her story in Star Wars Rebels, a big part of her story was still missing. Now we get to see what happened between her walking out of the Jedi Temple and reappearing with Ezra.

The story picks up from the moment of her departure and her descent into the depths of Coruscant. She quickly meets Trace Matrez, a mechanic that takes Ahsoka under her wing. She’s a great addition to the cast of Star Wars characters. She’s tough, funny, and has a heart of gold. 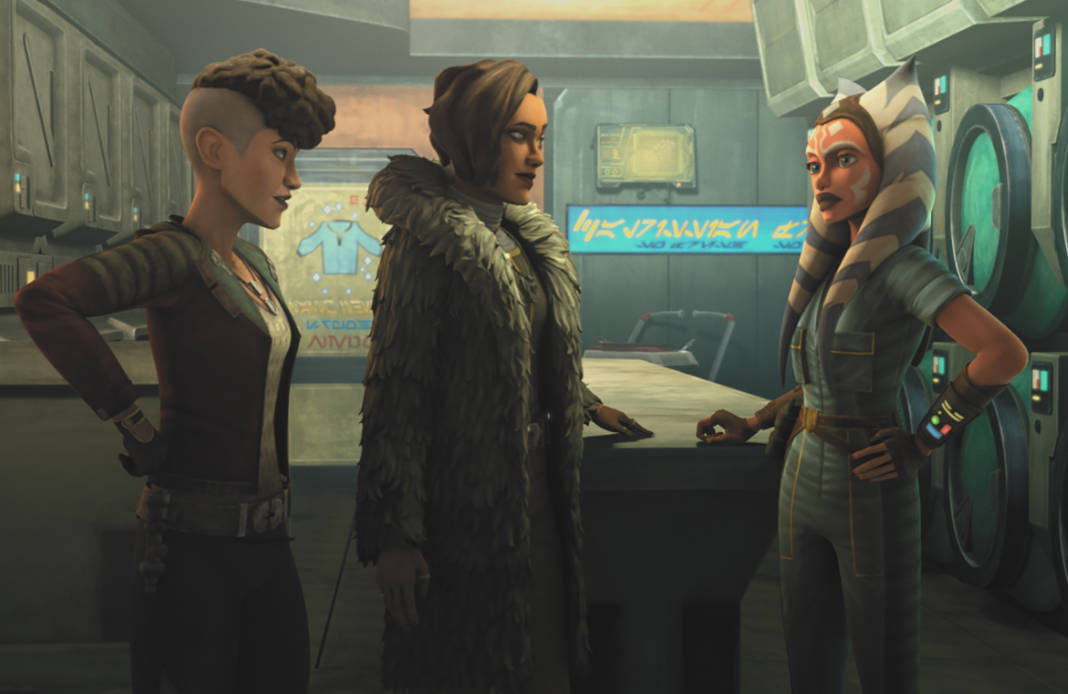 Trace is well paired with her older sister, Rafa Martez. While she’s equally tough, she has no qualms about dealing with the underworld of Coruscant. That puts a tension between the sisters that adds interesting friction to the story. They become almost a good angel / bad angel on Ahsoka’s shoulders. And seeing as how we haven’t seen many sisters in the Star Wars Universe, it adds a new dynamic that’s fresh.

The Matrez sisters also provide a perspective of the lower class that we don’t see all that often. While the Jedi and Sith do battle in the stars, the Martez sisters simply struggle to survive in the depths of the city. That’s going to give Ahsoka all sorts of new conflicts to face that she wouldn’t have alongside Anakin Skywalker. 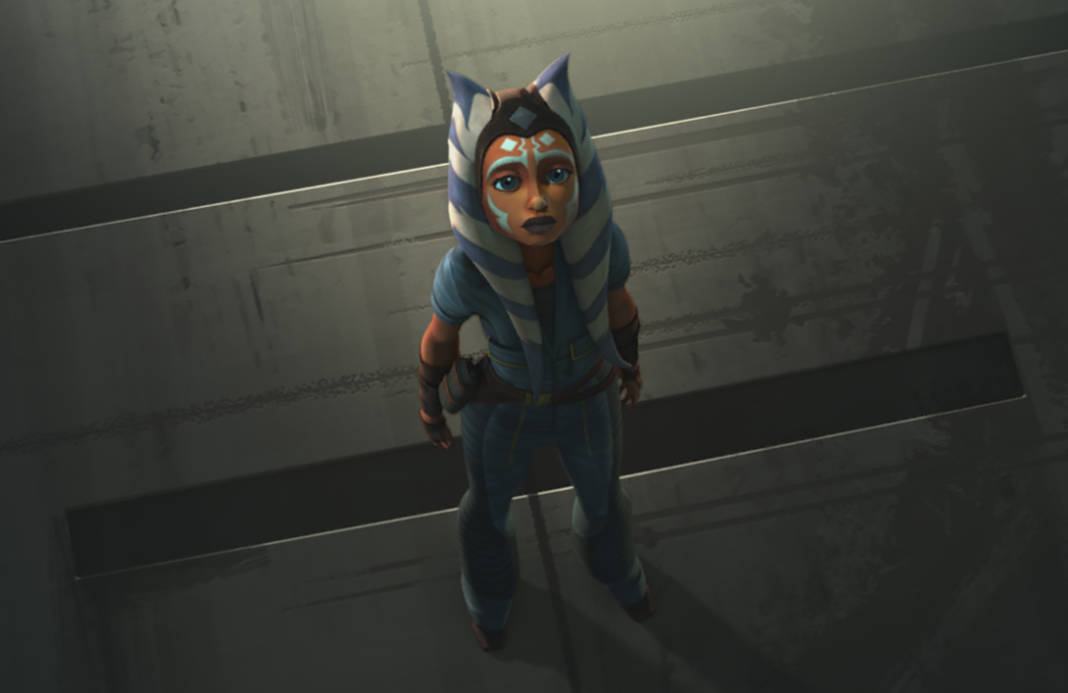 This particular episode brings another critical element back to The Clone Wars, and that’s humor. There are some funny gags that are perfectly executed. There’s a humorous fight scene between Ahsoka and some thugs as well as a funny chase involving a runaway droid. It’s a welcome addition to the mostly serious season.

Look for some fun Easter Eggs in this episode. Fans of vintage figures will spot the original Walurus Man and Hammerhead action figures among the background extras. There’s also a mention of level “1313,” a reference to a scrapped Star Wars video game set in the Coruscant underworld. The episode also features binary load lifter droids as mentioned by C-3PO and A New Hope. All of these fun references will be appreciated by hardcore fans. 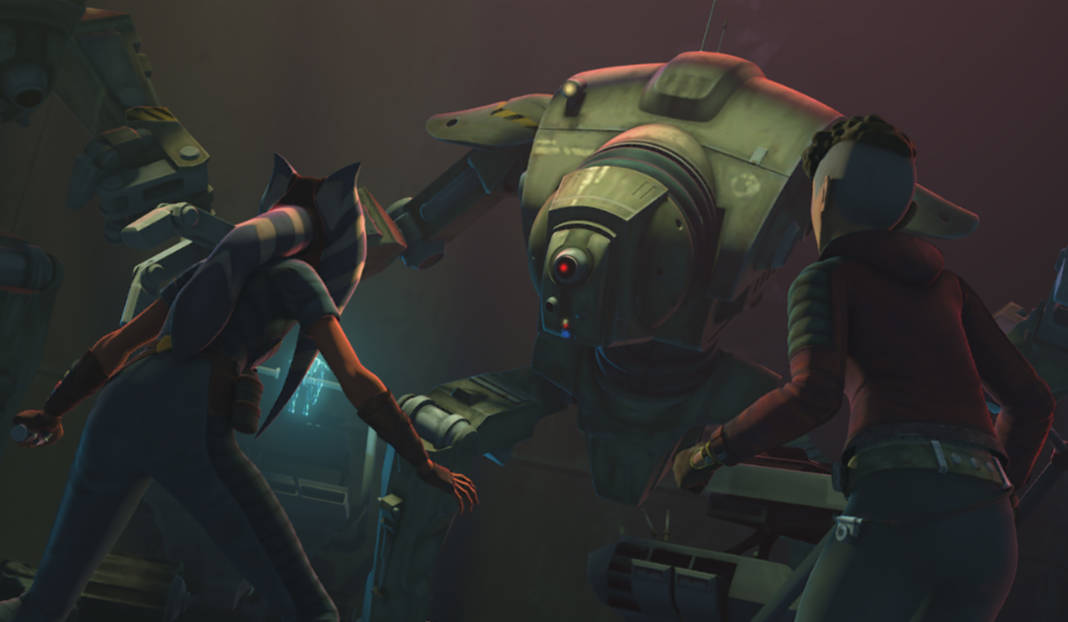 No real complaints for this episode. It does get a little slow in parts, but it otherwise sets up interesting adventures for Ahsoka in future episodes.

“Gone With a Trace” is a highlight of this season and sets up a new story arc that fans will definitely want to follow. 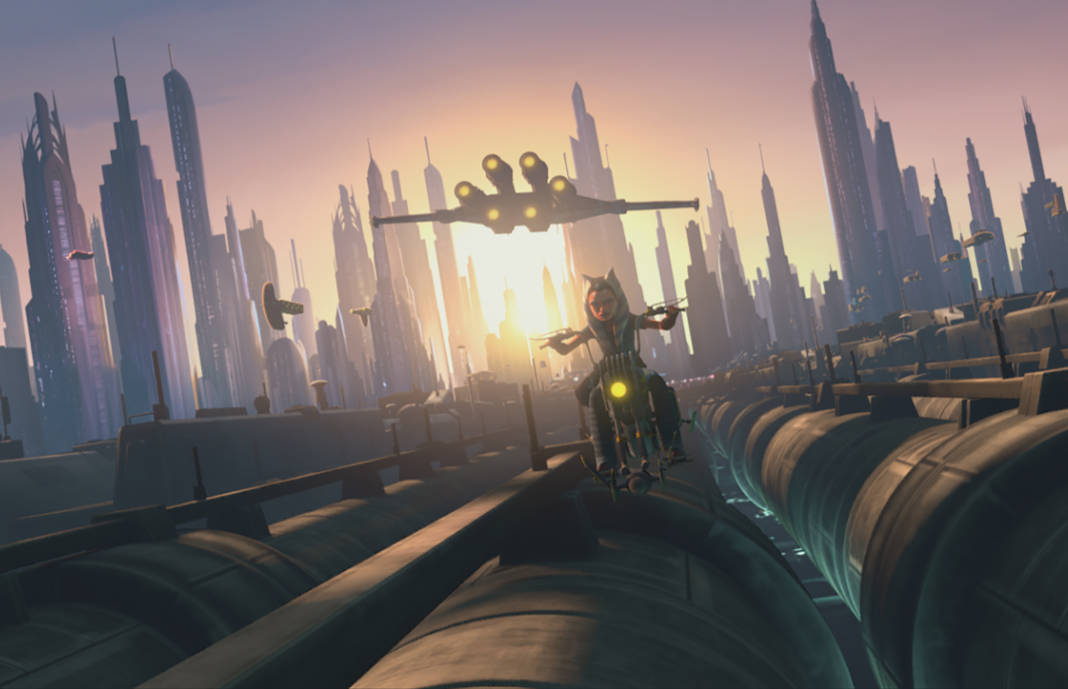 Star Wars: The Clone Wars episode “Gone With a Trace” is now available on Disney+. From Dave Filoni, director and executive producer of The Mandalorian, the new Clone Wars episodes continue the storylines introduced in the original series, exploring the events leading up to Star Wars: Revenge of the Sith.

Phineas and Ferb the Movie: Candace Against the Universe Premieres in August

The out-of-this-world animated movie Phineas and Ferb the Movie: Candace Against the Universe, from Disney Television Animation, will premiere exclusively on Disney+...
Read more
Streaming

With the film launching on Disney+ this Friday, July 3, Disney has released a few new Hamilton videos that should hype you...
Read more
Streaming

Hamilton to Kick Off Summer Movie Nights on Disney+

Parkwood Entertainment, in association with Disney+, has announced and debuted the teaser video for the visual album Black Is King, written, directed...
Read more
Streaming

The purpose of Star Wars Thrills is to put all the Star Wars news from the week of June 26, 2020 in one...
Read more
Streaming

We've already posted a look at what is coming to Disney+ in July, and now we also have the official Muppets Now...
Read more
Streaming

Hamilton Character Posters and Miranda on the F-Bombs

In addition to the official trailer (watch below), The Walt Disney Company has released new Hamilton character posters that put the spotlight...
Read more
Streaming

Trailer for Disney+ Docuseries Into the Unknown: Making Frozen 2

Disney+ today shared the trailer for its upcoming six-episode documentary series, Into the Unknown: Making Frozen 2, which premieres on Friday, June...
Read more