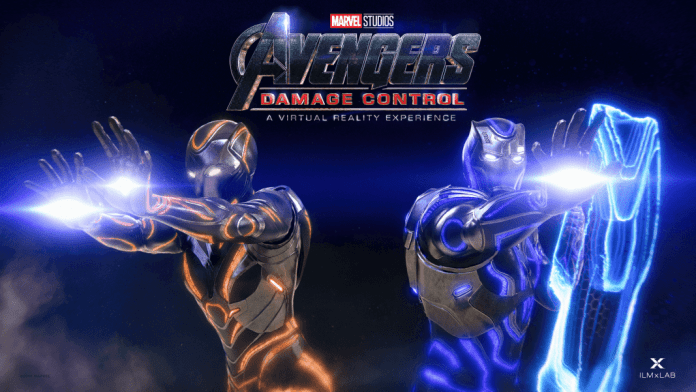 Avengers: Damage Control is a brand new virtual reality experience from Marvel Studios and ILMxLAB. We recently had a chance to check out a press preview day. The experience is coming to select locations at The VOID starting October 18 for a limited time. Tickets for the four-week event are available now at TheVoid.com.

If you haven’t done one of these before, here’s what’s going to happen. As you walk in, you watch a video where you’ll be recruited by Shuri (Letitia Wright) to test her latest prototype design: Emergency Response Suites, which combine Wakandan and Stark Industries technology. Your orientation is interrupted, however, and you are now new fighters, set to join the avengers, taking down the minions of a certain villain. (You can check out the trailer for the experience below.)

Once you’re recruited, you are suited up with a vest and a helmet, and lead in to the experience. If you’ve done Star Wars: Secrets of the Empire, you know what this is like, but if you haven’t, let’s just say you’ll be blown away as you look at your own hands in the suit! Your companions standing next to you are in suits as well, with everyone’s name on the back. You’ll walk through the experience into Doctor Strange’s lair as he tells you about your mission, and sends you through portals. You’ll meet Ant-Man, The Wasp and a few other familiar faces as you blast the baddies with bolts from your hands, lifting your arms to create a virtual shield and power up super blasts. 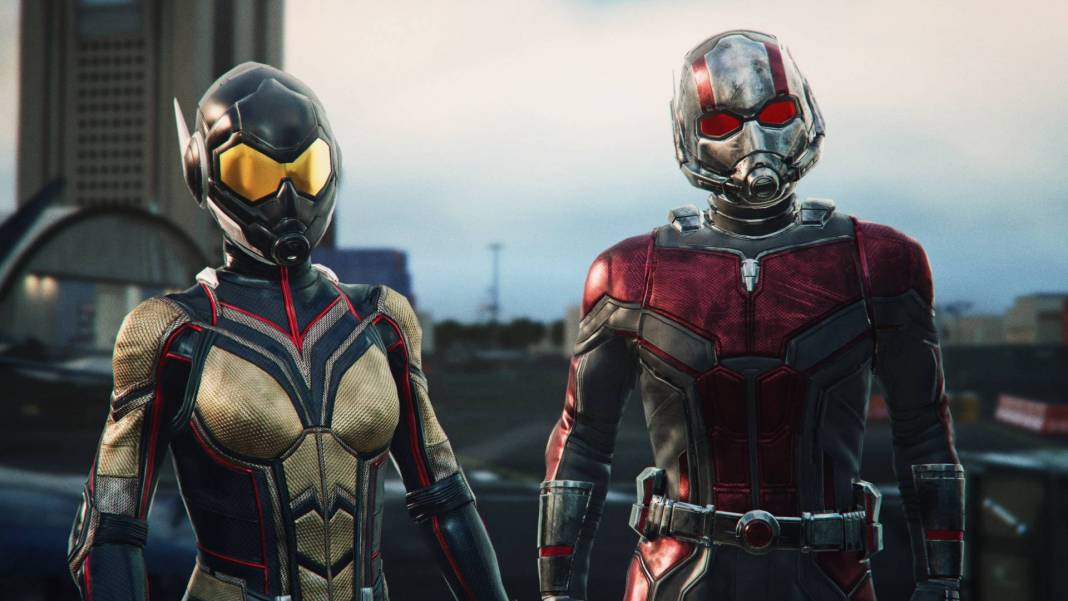 If anything is childhood wish fulfilment, it is this. You really feel like you’re in the battle. There are scents in the air when explosions happen. You feel the cool breeze when a window breaks, just like you felt the heat on Mustafar in the Star Wars game. There are walls, so if you move your arms to the sides, you have the reality of a permanent world.

A note about those who can’t handle virtual reality. I have a PlayStation VR, and though I love virtual reality, it can often make me really sick. It usually happens within minutes. You won’t feel this here. Often with VR, the issue is that you’re sitting while the camera makes it look like you’re walking or running. Here, your body movements track exactly with what you’re seeing. It takes the fear of vertigo out of the equation. We spoke to some of the developers after the experience, and they said that was important to them. Grant Anderson, Marvel producer told us, “One of the great things about this is that you can actually walk around. So as you’re walking, your physical movement is translated into your virtual movement. So you don’t have that disconnect, in your inner ear… in your movement and what you see. That really helps mitigate all that.”

Make sure you’re looking up and down, and all around you. The world is completely immersive. You also don’t need to have major skills here in video games. Yes, you’ll get a score at the end, but you’ll find it easy to lock on to targets, even if you’re a casual player. If you’re an expert, you’re still going to find things to love. 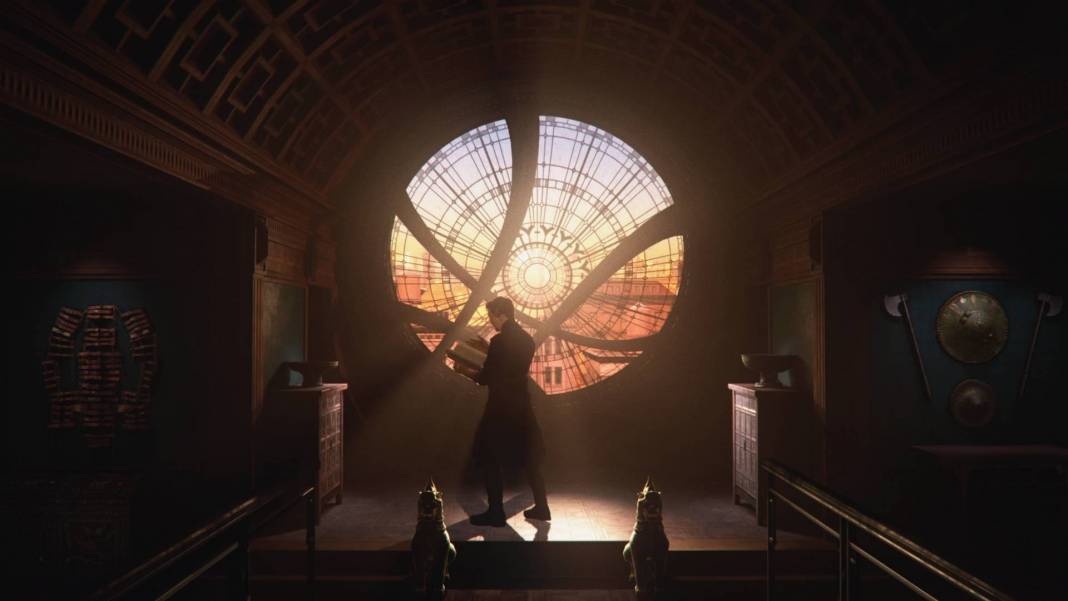 The actors from the film are doing the voices here. The developers told us that Benedict Cumberbatch was really game when they were blocking out the movements. They said that they used a lot of the same techniques that they did while shooting the Marvel Studios films. “He was used to that, which was great for him,” they said. Anderson explained, “But what he wasn’t used to was VR and doing performance in VR. And that’s really the key thing, is that it’s his performance. It’s not animated.” He also told us that Cumberbatch said this was going to “blow people’s minds.”

In Secrets of the Empire, one of the tools they used for the experience was feeling backed into a corner. No spoilers, but it’s really jarring (in a good way) at the end. This is completely different, as you’re battling out in the open in Damage Control. Anderson told us more about opening up the experience. “You bring in Ant-Man and Wasp – now you get to shrink. Now you can blow things up. And with [Doctor] Strange, now you get to go anywhere, like that [snaps]. I don’t have to put you on a ship. You don’t have to walk there, you can just open a portal… it opens all kinds of logistical, mechanical possibilities.”

The experience takes about 20 minutes, so it’s a meaty story. You’re not waiting around for a super quick ride like you might in an amusement park. We highly recommend that you check out Avengers: Damage Control and any of the other experiences playing in your area. It’s so much fun!

Avengers: Damage Control will be taking over select The VOID locations across the U.S. for a limited four-week run. Locations include New York, Atlanta, Santa Monica, Las Vegas, Minneapolis and Anaheim/Downtown Disney.

With most theater chains closed at the moment, studios are moving around their release dates on a daily basis. Disney is taking...
Read more
Movies

Sam Raimi on 50 States of Fright, The Golden Arm and Doctor Strange 2

The new entertainment app Quibi launched on April 6, and this week we got the first offering from the horror series 50 States of...
Read more
Legion of Leia

With current events keeping theaters closed and movies being pushed back on a daily basis, the biggest update yet has come in from The...
Read more
Movies

While the May 1st release of the movie is still up in the air (UPDATE: It's now been moved back), with so many theaters...
Read more
Movies

Shang-Chi Production Delayed Due to Coronavirus

Avengers Campus, an entirely new land dedicated to discovering, recruiting and training the next generation of heroes, will open July 18, 2020 at the...
Read more