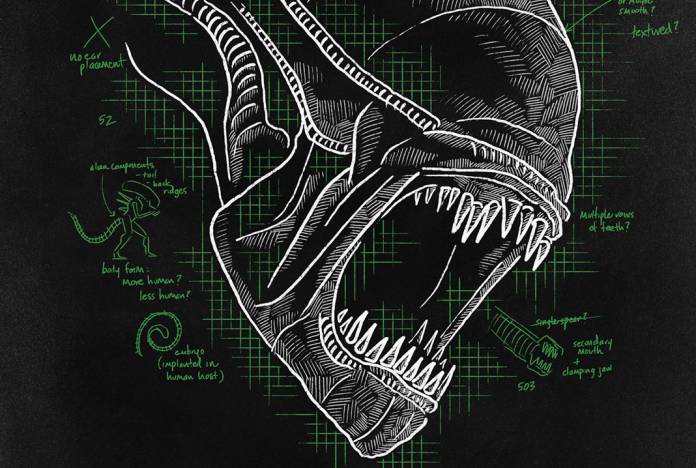 I have been obsessed with Alien since I was nine years old, and my parents refused to take me to a movie theater to see it. For Christmas that year, they bought me a book full of shots from the film, and I closely examined every single frame I could, from the facehugger sequence to the chestburster. I’ve probably watched the documentary by Charles de Lauzirika at least five times, and I purchased J.W. Rinzler’s coffee table book The Making of Alien as soon as it came out and even though it killed my back, it was still a fascinating read into the background of the movie. For those of us who are intimately familiar with the film and how it was made, Memory: The Origins of Alien will probably not break new ground when it comes to the history of the film, and Alexandre Phillipe certainly realizes this.

But what makes Memory: The Origins of Alien stand out is Phillipe’s exploration into the deeper themes of Alien, and why the film still resonates as strongly today as it did when it premiered 40 years ago. There’s something mythic, something primal about Alien that none of the prequels, sequels, and knock-offs have successfully managed to tap into, or only tapped into fleetingly. That isn’t to disparage those other films, but Alien has a significance and a power that even now is hard to shake. There are a lot of factors and variables that had to line up just right for Alien to even exist, and while Memory examines those pieces of history, it is far more interested in trying to understand just what it is about Alien that still captures everyone’s imagination and still haunts our nightmares.

Phillipe is just as obsessed with Alien as its fans, and in particular the famous (or infamous) chestburster scene which terrified audiences the world over in 1879. But unlike his previous film 78/52, which meticulously broke down the famous shower scene in Psycho, Memory has a wider scope. The films of the 1970s were introspective and challenging, and an interesting juxtaposition occurred when the new values of those 1970s films ran headlong into the blockbuster filmmaking of that decade. Those collisions produced some of the greatest genre films of all time — The Exorcist, The Godfather, Jaws, Star Wars — and Alien is very much a product of that.

Phillipe gathers filmmakers like Roger Corman and Gary Sherman, critics like Clarke Wolfe and Ben Mankiewicz, and much of the cast and crew of Alien, including Tom Skerritt and Veronica Cartwright, to dive into not only the specifics of the making of the film, but also the philosophy and the mythology behind it. How did Dan O’Bannon, one of the writers of Alien, tap into our collective unconsciousness, our fears, and our dreams? What is it about H.R. Giger’s artwork and the creatures he created that fascinates and repulses us so? Even the social and sexual dynamics between the character of Alien are meticulously analyzed, and while Alien is a product of its time, it is also the result of many happy accidents that had to occur for the film to even exist, such as the cancellation of Alejandro Jodorowsky’s Dune project, the first meeting between O’Bannon and Giger, and even Ridley Scott’s involvement. 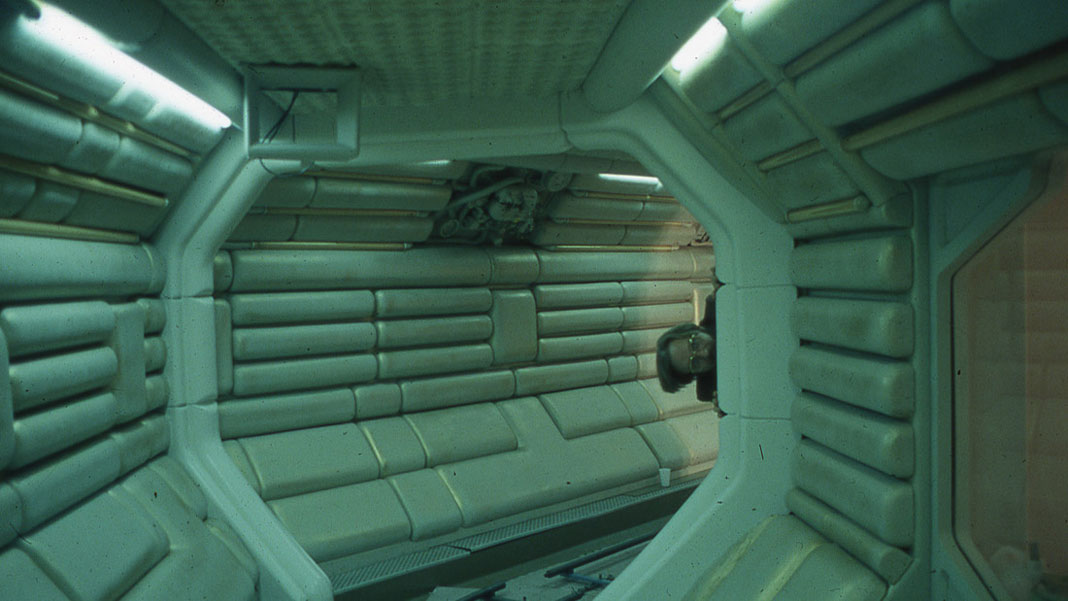 For those looking for an authoritative examination of the making of Alien, Memory: The Origins of Alien isn’t that, and doesn’t claim to be. There are many sources for people to go and explore how the movie came to be and all of them are readily available. Memory: The Origins of Alien at times feels like a group of fans turning over every facet of the film and trying to understand the mechanics of why the film is so successful, diving deep into Greek myth, modern art, and even the influences of other filmmakers from the time. Even the decisions of how certain scenes were shot is ripe for examination, and the social strata of the characters and how they relate to one another is scrutinized. I love, for example, how Clarke Wolfe describes Ash, and how his different responses to Dallas and to Ripley are informed by how he was programmed by outside forces.

When Phillipe delves into the integral scene of the film, we are not only treated to the mechanics of how that scene was created, but also by what that scene means. It’s a great jump scare and full of wonderful gory effects, but more importantly the chestburster scene feels like a violation of societal and sexual norms. Or, to put it another way as someone in the film suggests, the men’s bathrooms at the time of the film’s release were full of men vomiting at the famous sequence, while the women’s bathrooms were largely intact. Memory: The Origins of Alien is at its best when the larger themes are explored, and speaking for myself, confirmed a lot of what I already thought of the film. For Alien fans, this is a must see, and can be placed right on the shelf next to J.W. Rinzler’s book and de Lauzirika’s documentary. I can’t stop thinking of Alien even today, and I doubt I ever will. It’s nice to know that other filmmakers feel the same way.

Memory: The Origins of Alien hits theaters and On Demand on October 4, 2019. You can watch the trailer below.

Memory: The Origins of Alien
1 of 2

The mysterious Mr. Wilford has been revealed! Below is a first look at Sean Bean as Mr. Wilford in TNT's Snowpiercer series....
Read more

Disney+ has ordered its next animated series from Lucasfilm, titled Star Wars: The Bad Batch. Fresh off of the critically-acclaimed series finale...
Read more
Load more