We Chat About Ready or Not with Samara Weaving 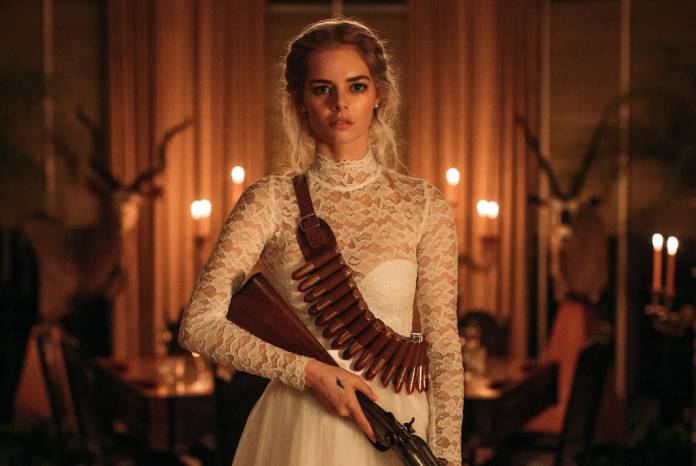 Ready or Not, from Fox Searchlight Pictures, will hit theaters on Wednesday, August 21, and we recently got a chance to chat with star Samara Weaving about the film, injuring Andie MacDowell on set and more. Check out what she had to say below and scroll down to watch a clip of Weaving giving us a peek at the movie!

Ready or Not follows a young bride (Samara Weaving) as she joins her new husband’s (Mark O’Brien) rich, eccentric family (Adam Brody, Henry Czerny, Andie MacDowell) in a time-honored tradition that turns into a lethal game with everyone fighting for their survival.

Vital Thrills: How was it working with two directors?

Samara Weaving: It was great. They make a really amazing team. They’d obviously done their homework before, and on set … so Tyler really took the technical side, he worked with the crew and the cameras and Matt really worked with the performers. So we knew who to talk to if we were, “Oh, where should we find our light?” Or “Where’s camera left?” We would ask Tyler, and if we had something to flag him about the performance we’d ask Matt.

VT: This film was shot largely with practical effects. Is this something you prefer?

Weaving: I do, I do. I mean we shot Guns Akimbo and there was a lot of green screen and a lot of talking to tennis balls on sticks and things like that. And it’s way better when there’s a real person there.

VT: There is a “Hide and Seek” song in the film that is the creepiest thing I’ve ever heard…

Weaving: [laughs] I know. Matt and Tyler’s friends did that.

VT: How was working with Andie MacDowell?

Weaving: Amazing. I love her so much. Oh, she’s so funny and so talented and so kind, she’s so generous. I mean the whole cast is just… we became such close friends really quickly, which is quite rare on a film set, to get along with everyone. It was just the, oh, I’m going to cry talking about it. Everyone was just so amazing. 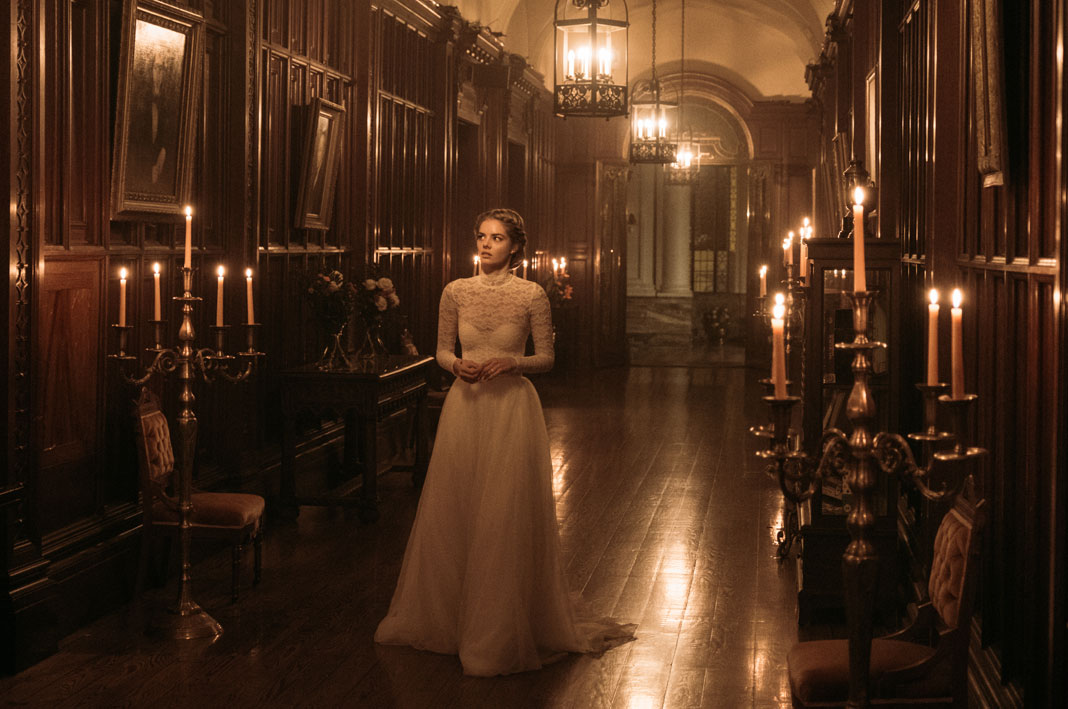 VT: The mansion set was crazy. How much did you guys get to play around on it?

Weaving: A lot. Yeah. Matt [Bettinelli-Olpin] and Tyler [Gillett] were so great. We could push the boundaries with the scene and we could bring our own ideas to it, and they just let us do whatever we wanted to and then they’d tell us to rein it in if we needed to, because it was very fast. We got maybe two or three takes per scene. Yeah. You just got to go for it and then, they’ll be, why don’t you try one this way? They found it in the edit so well.

VT: So they let you guys do improv here and there?

Weaving: Yeah, there was a couple of scenes, I think the biggest one for me was when I’m on the road and this car goes past and I have… I don’t even know what came out of my mouth. Just a plethora of swear words and they kept it in, which is great. Yeah, because out of anger comes comedy, so that was funny.

VT: You have a lot of stunts in here. How physical was this compared to other films you’ve done?

Weaving: Yeah. I was lucky. I was just telling them, I did a film called Guns Akimbo… and that was… I mean, if you think this is stunts, that one is next level, there’s so many action sequences in that. So we did four weeks of intense stunt training before we started that. And then with this right afterwards I was like, I’d kind of came with, you know, you learn that and it was a muscle memory thing. It sort of carried over [from Guns Akimbo]. We sort of blocked it up, but we really wanted the fights to be messy and human and a struggle, whereas in Guns Akimbo, I play a legitimate fighter who’s a psychopath. So it was fun to be able I think having the stunt training where everything’s very on target and you needed to look like you know what you’re doing. Whereas this, it can be a little sloppy, which is actually harder to do because if you miss, you’re going to hurt someone.

VT: And did anyone get hurt? Injuries?

Weaving: Yeah, yeah. A couple. The worst one was when I first met Andie. Thank God she’s such an amazing, funny, lovely human being, because we were rehearsing the scene and it was the first scene we did on set. It was day one, we did it our fight scene and we were rehearsing it and I accidentally hit her on the head with a stunt brick. And she got a lump on her head. The room just went in shutdown, but she was great. She just wanted some ice and then she was, “I’ll be ready to go on Monday.” And we’re “Oh, thank God.” Because in your mind I’m, “I just hit Andie MacDowell in the face. Is she going to hate me?” And she was like, “Oh my God, it was great.” Like high fived about it and then we went for it on Monday. 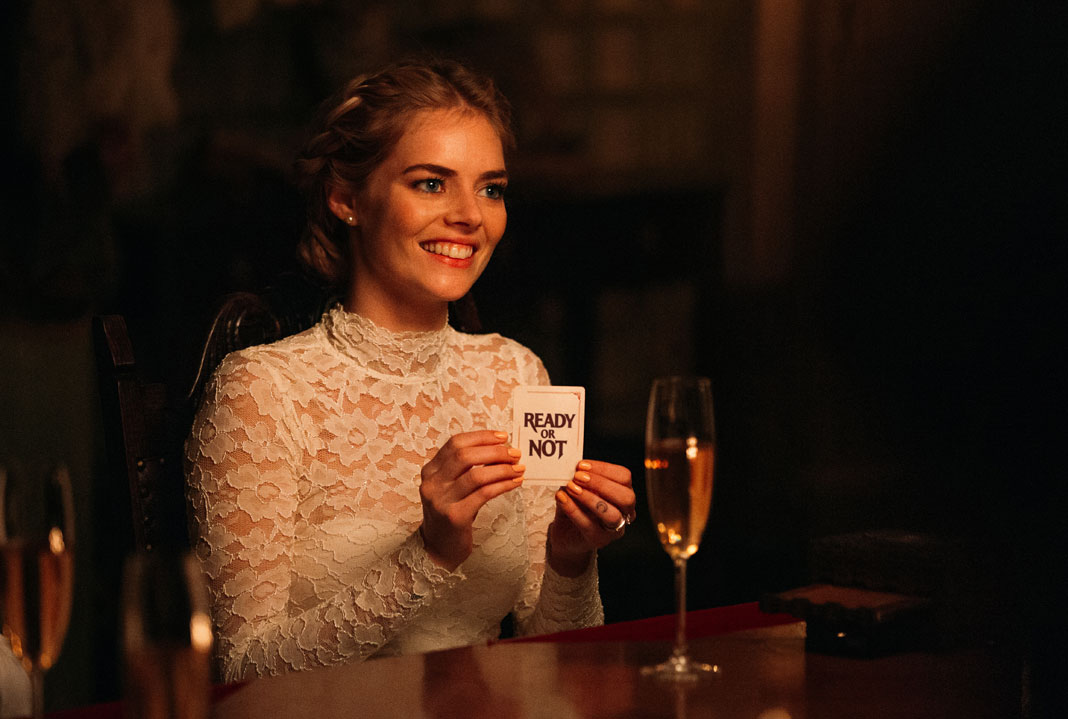 VT: You have a rather intense scene with a kid in here…

Weaving: I know! We took that particular actor out for most of the scene so he wouldn’t get traumatized. And then we brought him in for that one stunt. He was giggling. He was having a great time. We were trying to lighten the mood. It was probably four in the morning and he was sleepy and wanted to go to bed, like we all did at that time.

I think most kids are just like they’re playing make-believe. There was one scene where I was lying on a table and I had to just basically round kick off the table. But right before they called action, they needed to muddy up the bottom of my shoes. But they put this really slippery stuff. They didn’t know that it was so slippery and they didn’t know that the floors, what was going to happen. And at first, [everyone was] really concerned, we don’t want kids to see too much. We don’t want to traumatize these children. So they brought them in at the last minute and “Okay, the actress, Sam’s just pretending. She’s just going to flip over the table.” But I round kicked and then my shoes were so slippery I smashed my knee on the ground, and I let out this horrible cry. And the kids were “Err.” They hadn’t signed up for that. And everyone was trying to be calm, but they thought I had broken my knee or something, but I was fine.

Are you excited to see Ready or Not starring Samara Weaving? Let us know in the comments. You can read our review by clicking here.

Bill and Ted Face the Music Release Moved Up and Go Behind the Scenes!

Orion Pictures tells us that the Bill and Ted Face the Music release has been moved up a few days. You'll now...
Read more
Movies

The Future Awaits in the Bill and Ted Face the Music Trailer!

Orion Pictures has revealed the official Bill and Ted Face the Music trailer and poster, giving you a first look at the...
Read more
Movies

Lionsgate has brought online the trailer for the thriller Last Moment of Clarity, which is arriving on Digital, On Demand and DVD on May 19....
Read more
Movies

International Trailer for Downhill, Starring Julia Louis-Dreyfus and Will Ferrell

The Domestic Trailer for Guns Akimbo Will Spin You Right ‘Round

We got an international trailer earlier this week, and now Saban Films has revealed the domestic trailer for Guns Akimbo which reveals more footage from the darkly...
Read more
Movies

Radcliffe Has Guns Bolted to His Hands in the Guns Akimbo Trailer!

An international Guns Akimbo trailer has hit and shows just how crazy things get in the darkly comedic action sci-fi thriller opening on February 28! The...
Read more
Movies

Saban Films has announced that the Guns Akimbo release date has been set for February 28, 2020. The film, written and directed by Jason Lei Howden,...
Read more
Movies

Fox Searchlight Pictures has released the Downhill trailer, which gives you a first look at the comedy opening in theaters on February 14, 2020. The film...
Read more