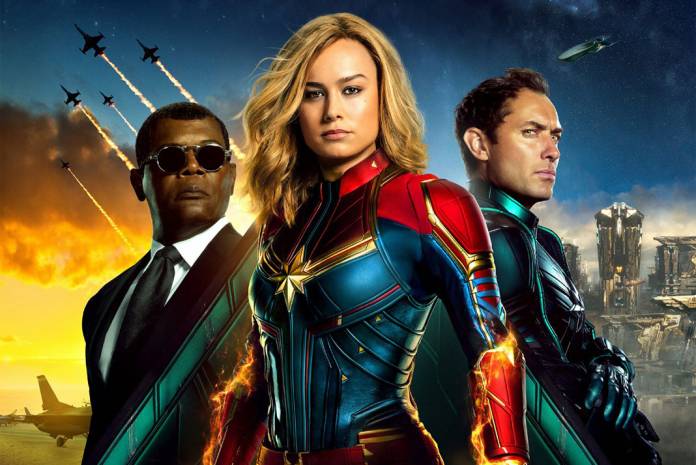 We recently attended the press conference for the highly-anticipated Captain Marvel and learned about everything from the importance of female friendships, the fun the cast and crew had revisiting the 1990s, working with the cat who played Goose, and more. Attending the press conference was Marvel President Kevin Feige, Brie Larson, Jude Law, Lashana Lynch, Samuel L. Jackson, Clark Gregg, Gemma Chan and directors Anna Boden and Ryan Fleck.

Larson spoke about taking on the role of Carol Danvers. She said: “There’s a lot to love about her, which is why I was really excited to do this. In particular, the idea of playing a superhero, a female superhero in particular, because my interest is in being of complexity, I was a little worried about playing somebody, a superhero that would be perfect. Because I don’t feel like that’s realistic, or something aspirational at all. In particular, even with my job, you get to see the beautiful finished product, where I look great, maybe, in your opinion.

“But, you don’t know all the other takes that are on the cutting room floor, where sometimes I physically landed on my face doing stunts. And sometimes I just do a bad take. It’s just how it goes. So, getting to play a character where the whole character arc and turn of this is watching her be this major risk taker, which means it’s not always going to work out for the best.” Larson told the crowd that the nine months of training was difficult, and that she would often sob while training. That said, she ended up being able to do amazing things like deadlift 225 pounds, to hip thrust 400 pounds and push a Jeep up a hill for 60 seconds.

The film is set in the 1990s, and the cast and crew had a lot of fun with that. Kevin Feige told the crowd that he worked in a Blockbuster video (one of which we see in the film). Anna Boden talked about the cookie snack Dunkaroos. Jude Law said he missed The Verve, Gemma Chan said she missed Buffy the Vampire Slayer. Ryan Flack misses VHS tapes. Clark Gregg said he really missed videos on MTV, while Lashana Lynch misses R&B. Larson said she missed butterfly clips, to which the crowd applauded. 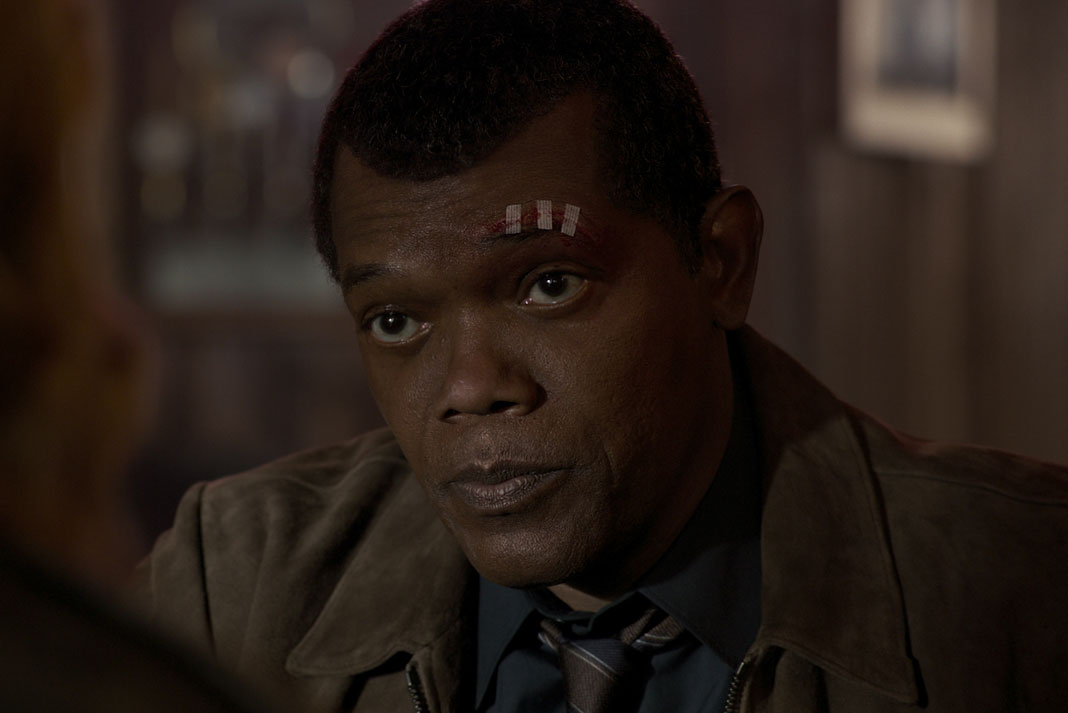 In the film, Samuel L. Jackson, who said he misses laser discs, plays a younger, de-aged version of Nick Fury. Feige joked that de-aging Jackson and Gregg was barely any work at all. Jackson talked about playing a less-jaded Fury. He said that this Nick Fury is “a kind of gentler, not so simple, world weary chip on the shoulder Nick Fury who hasn’t met anyone from another universe just yet. And sort of looking at the crazy lady, trying to figure out why she thinks she’s an alien, and what all it means. And it’s kind of fun to not be the all knowing, angry persuader that Nick Fury always is. And even more refreshing to have two eyes, so I don’t have to cover one eye while I’m learning my lines.” He also joked that the dots on his face for the de-aging made him feel like he was in Wakanda.

Law said that his kids were impressed with him being in a Marvel film, but “they cared only as an actor with a teenage kid, so like, ‘Yeah, it’s cool.'” He added that the friends he took to the screening were excited to see the film again. Gregg said, “I’ve gotten the thrill of taking my young daughter to a bunch of Marvel movies, but I’m taking a 17-year-old young woman to see Captain Marvel next week. And I’ve never been more excited to take her to anything, ever.”

Lynch spoke about the friendship between Carol and her character Maria Rambeau. “They found power wherever they find connections to. So, I feel like they have a sarcasm together. They, the thing about how Brie is with the camera, is that she’s just a normal person. She’s able to be every facet of what a woman represents today. Sarcastic, dry, funny. She can kick men down, and presidents at different parts of the universe. So, I feel like Maria embodies that in a very human way. She’s able to be a kind, good person. Do you know what I mean?”

Larson added, “I think what they’ve gone through together, going through military training together, being the only women. And then using each other to lean on each other through that type of support, and a recognition of their experience is really special. Of course, I think they would have been friends outside of that experience. But, I think that that’s a really tight-knit bond that they have, and their family. 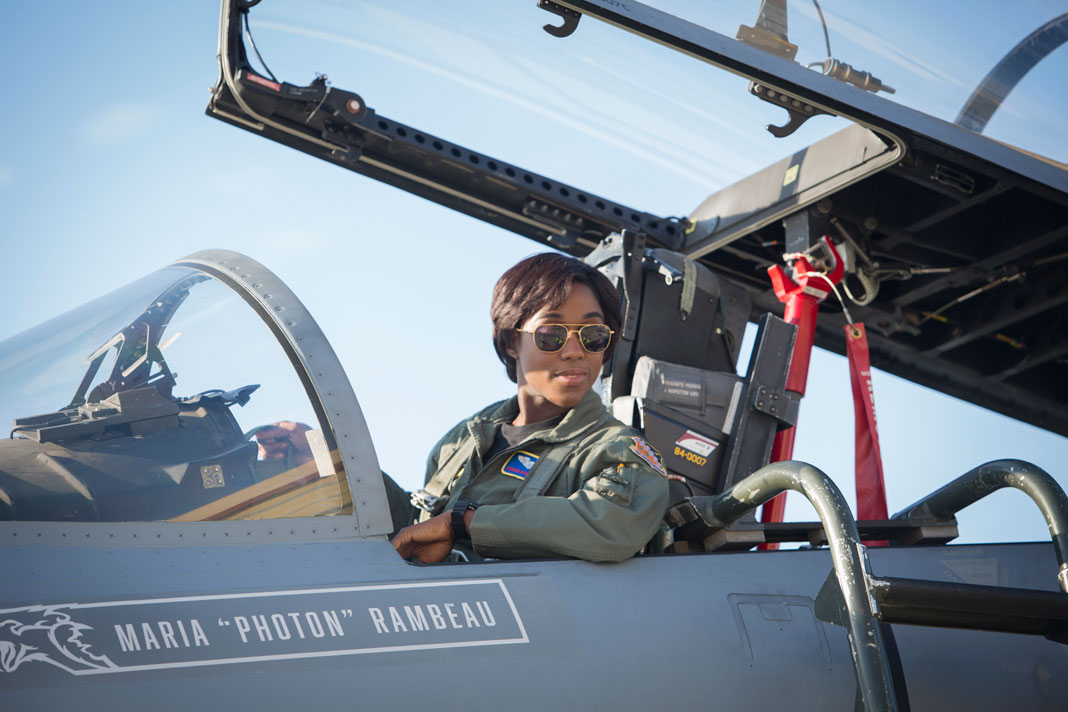 “I mean, that’s kind of what we’re talking about. And I still, without being too showboating about it, it’s just the love of the movie. This is the great love. This is the love lost. This is the love found again. This is the reason to continue fighting, and to go to the ends of the Earth for the person, the thing that you love. And it’s her best friend, and her best friend’s daughter, which to me, is so natural. I don’t think there’s at any point, even, I went and saw the movie with some people. And it was like an hour later where they’re like ‘Oh, Maria’s the love’… So, it’s not like something that we made a big deal about, but it just feels so natural, because that love is so strong.”

Lynch spoke about her big takeaway from doing the film. She said, “Mine was my forever appreciation for single mothers who don’t get enough light shined on them, ever. So, to be able to have that option to represent them, and say like, a kind of universal thank you for your work was really special actually. And that kind of went to my mom, another mom that I know afterwards and I just want to say thanks for everything that you’ve done for the last however many years. And it really goes a long way to just say thank you, David. Because I never even took feedback to other mothers and say they’re actually doing an alright job. We’re actually enough. And so, that’s what I’ve taken away.”

Chan spoke about the difference between playing Minn-Erva in Captain Marvel and Astrid in the recent hit Crazy Rich Asians. “I like to change it up, and surprise people a bit. And it was really fun going from playing Astrid, who is this very warm-hearted, kind empathetic person, to Minn-Erva, who is much, well she’s got a harder edge. She’s sarcastic. Yeah, she’s a little bit of a mean girl. But I like that. I like tapping into that side of me. It was fun. It’s fun to be bad.” 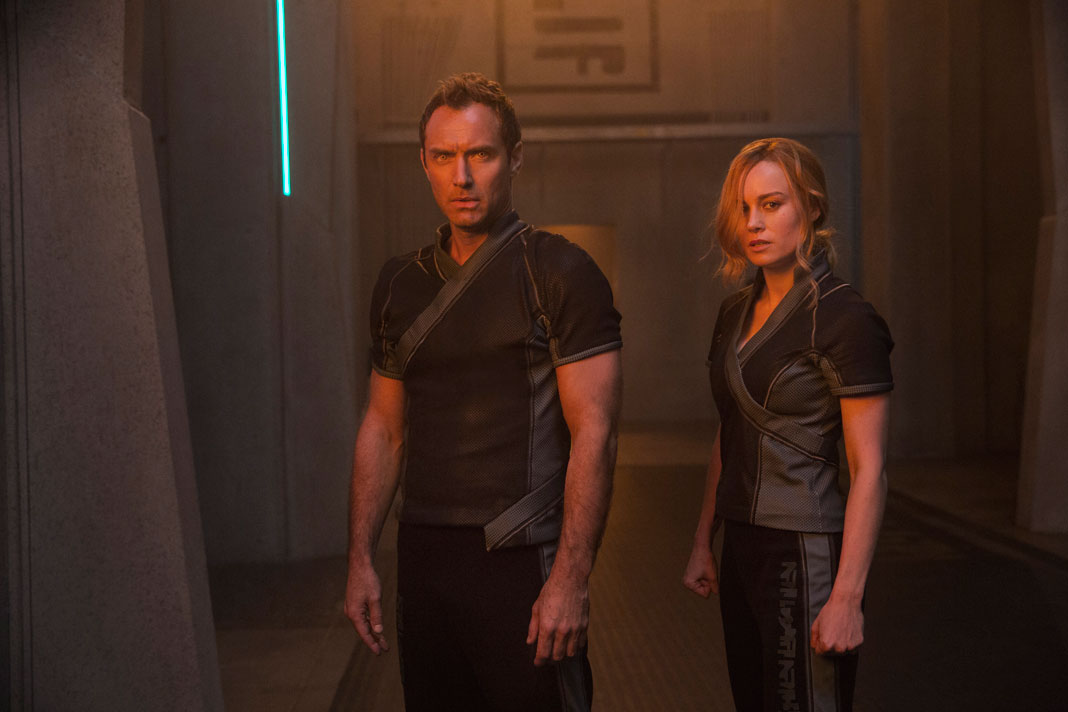 “It works out. And that was actually four cats. But Reggie did the majority. You know, he did the heavy lifting most of the time. It was great to be around. She [Larson] had more problems with him than I did. She has cat allergies.” Larson told the crowd that you had to be quiet when Reggie was working, and that she got shushed for yelling about going to Shake Shack when he was doing a scene.

Finally, the last question was asked by a 12-year-old reporter who wanted to know what Larson wanted kids her age to take away from the film. Larson asked the reporter what she thought of the film. She said it was amazing. She added, “I loved you as Captain Marvel, because I thought you were such an empowering female role figure. And role model, and I think that all my friends and me when we watch the movie, we’ll all really appreciate that.” The audience was wiping their eyes as Larson, visibly moved, responded, “Thank you. And we’re going to all cry our way off the stage.”

Stay tuned for our spoiler free review. Captain Marvel will hit theaters on March 8. We recommend that you see this film early as there are spoilers that will likely be posted online right away. You definitely don’t want to know them!