As Hollywood has been slowly overrun with more and more superhero films, many pages of digital ink have been spilled about how and why that has been so. A lot of those think pieces take the stance that the superhero film is childish, homogenous and risk averse as opposed to the adult-oriented entertainment studios used to churn out.

Which is funny, because Without Remorse takes so much from the Marvel Studios formula right down to its mid-credits bumper teasing an expansive sequel.

There’s nothing like something being gone to start whipping out the rose-tinted glasses. There are plenty of critiques to be made of modern mass entertainment, but that doesn’t make the old stuff as bulletproof as we might remember.

Without Remorse encompasses both the good and bad of the old studio action film.

Based on the novel by the late Tom Clancy, Without Remorse was the much-wondered backstory behind Clancy’s enigmatic John Clark, the leader of the multinational anti-terrorist organization Rainbow Six. Before he was John Clark he was John Kelly (Michael B. Jordan), a multi-decorated Navy SEAL with a wife and unborn child and not much more desire than to just do his job and live his life.

That was until a group of masked killers ended any hope for a family life and left Kelly a murderous engine of revenge. With the CIA pointing to subversive elements in the Russian government as the perpetrators, Kelly embarks on a vengeance-fueled spree which ignores borders and governments and risks starting a war. Kelly himself, however, is starting to wonder if he can trust what the CIA has told him, or a larger plot hasn’t been unfolding all along.

There’s not much of the original book in Without Remorse, which is fine as it relied on a lot of old cliches about Latin drug lords and urban crime that made Death Wish seem even handed. That’s all been replaced by equally-hoary cliches surrounding shadowy American intelligence bureaucrats regularly betraying its own soldiers in the name of ‘national security.’

There’s a long list of the harms the Vietnam War and Watergate did to American culture and the smallest of them may be the conventional wisdom that the CIA (and by extension the government writ large) is responsible for the greatest evils in the world, at home and abroad. It’s been repeated so often in modern pop culture that almost any time a CIA or government official appears on screen, the automatic response is ’there’s the real bad guy.’

It’s a dynamic Without Remorse shamelessly takes advantage of in the form of Jamie Bell’s weasily Bob Ritter. It’s a testament to Bell’s strength as an actor that he can get so much out of Ritter when he spends most of his time as an obvious plot mechanic, someone with no motives for anything he does beyond needing to do them in order to keep the story moving.

Jordan is in the same position and, if anything, gets even more out of a one-note character than Bell does. The ‘man who lost everything’ action hero has been with us at least as long as film (and really longer than that), but Jordan invests Kelly with more than just rage.

Just another soldier in scenes with other characters, whenever he is left to his own devices, we see Kelly’s demons start to sneak up on him through sheer physical performance. His face, his body language, his very being becomes a transmitter of pain.

And then the action movie he is in takes over again, but with some level of depth added to it.

But that’s all that keeps Without Remorse from being completely forgettable. Coming from the team behind the Sicario sequel Soldado, everyone involved knows how to make competent action films and that’s mostly what they’ve made here.

It wouldn’t be such a letdown if all hadn’t shown their patent ability to make more than just competent action films (Sicario, Hell or High Water, Gomorrah), but all of this is by design. Without Remorse is what studio action films always were — it’s no wonder when superhero films came along audiences gravitated to them, whatever their faults. We’ve already seen what the other movies have to offer. If studios want to get those viewers back, they’re going to have to start offering more. 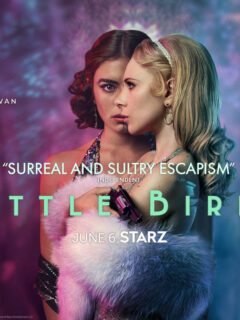 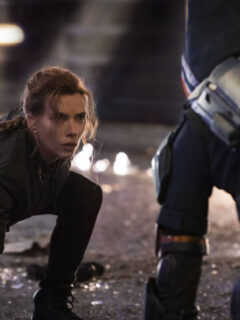 Next
New Black Widow Featurette for National Superhero Day
Click here to cancel reply.
Disclaimer: This post may contain affiliate links through which we earn a commission if you decide to make a purchase, at no cost to you. As an Amazon Associate, we earn from qualifying purchases.
BigScoots Hosting: The last host you'll ever need! Click for details.