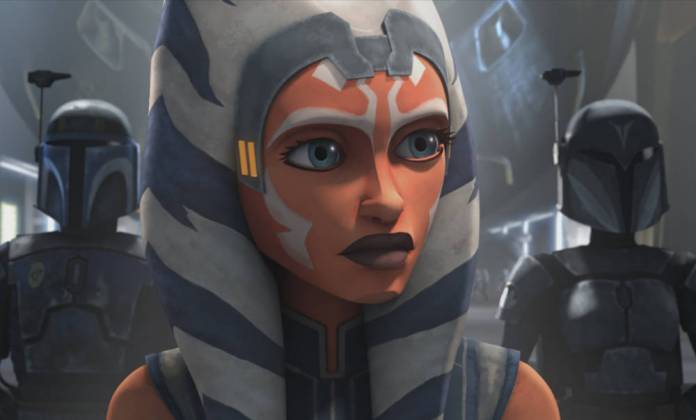 Star Wars: The Clone Wars has returned for its seventh and final season on the Disney+ streaming service. In this review, we’re taking a look at the ninth episode of the season, titled “Old Friends Not Forgotten.”

Ahsoka Tano reaches out to Anakin Skywalker and Obi-Wan Kenobi seeking assistance to secure the capture of longtime adversary and former Sith Lord Maul, but the news of Grievous’ attack on Coruscant and Palpatine’s capture forces a difficult decision for the Jedi. 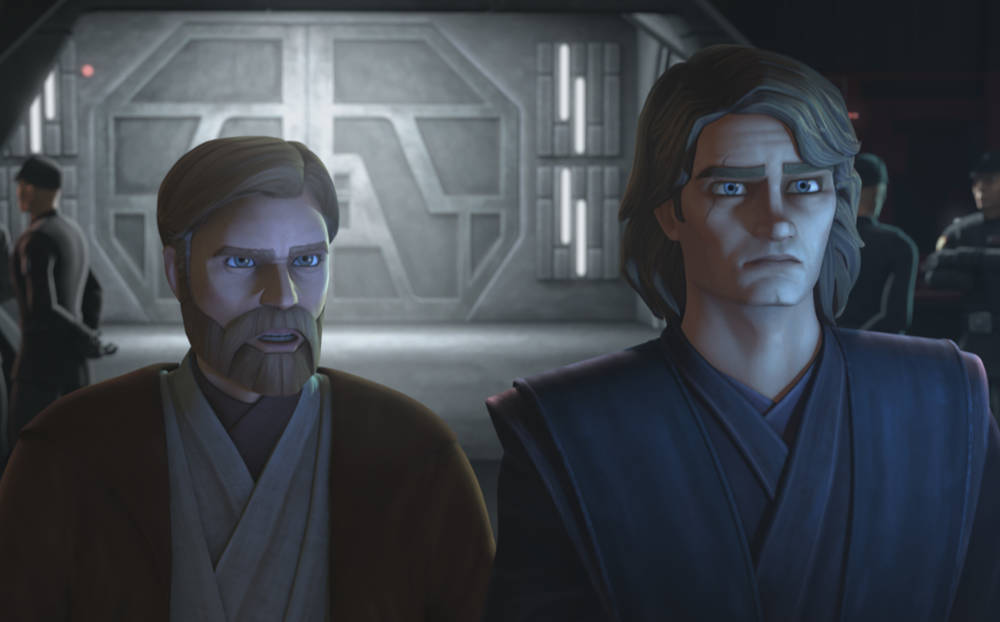 From the opening frame, you can tell this episode is something different. It opens with “A Lucasfilm Limited Production” then transitions to a red “Clone Wars” logo along with the theatrical opening fanfare rather than the usual TV show theme. That immediately tells fans that they’re in for something unusual. 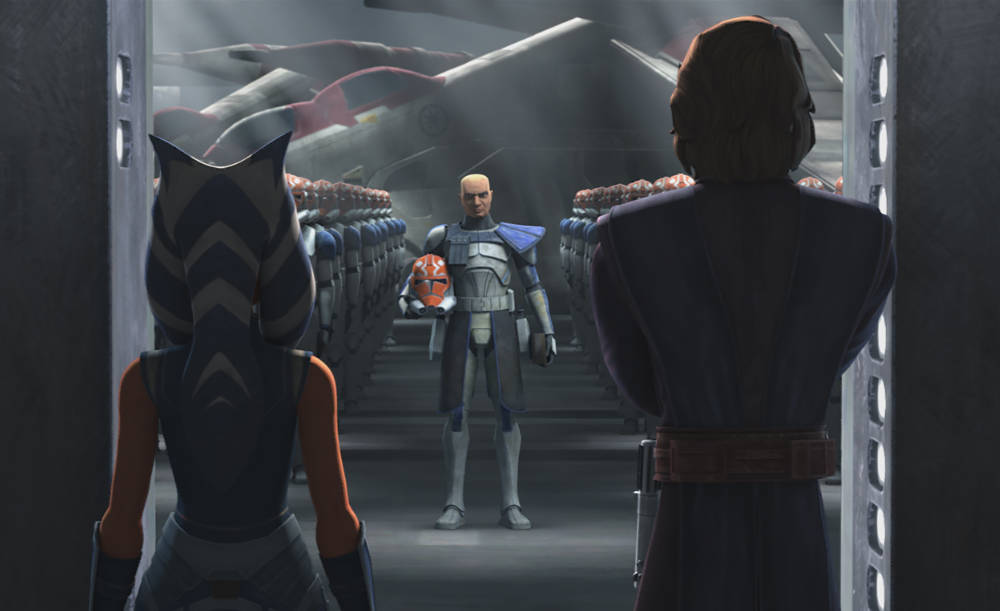 We are quickly thrown into a space battle worthy of the live-action movies, then transition to a ground battle that feels like it’s straight out of the Star Wars Battlefront video games. As if that wasn’t enough to get fans cheering, Obi-Wan makes an epic entrance in front of Clone Troopers in their Revenge of the Sith armor.

But wait! There’s more! The episode uses themes and music straight from John Williams’ theatrical score. All of this is in the first couple of minutes and quickly sets the tone for the rest of the episode. 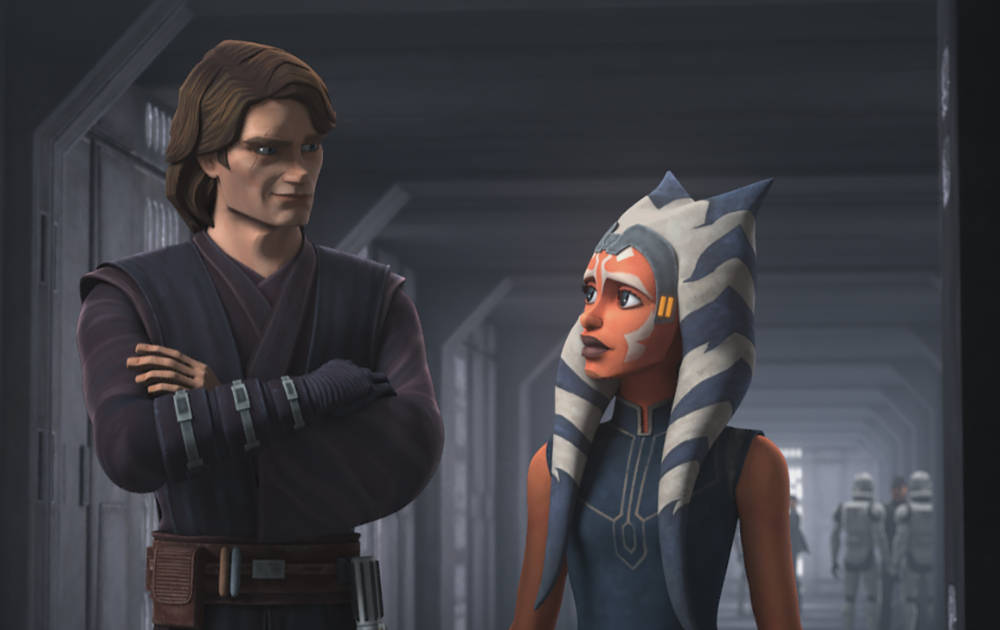 Fans have wanted to see more of Anakin and Ahsoka together again, and this episode grants their wishes… albeit briefly. The two have an emotional reunion (that makes their eventual showdown in Star Wars Rebels even more poignant) before heading off in separate directions again.

Surprisingly, their parting of ways actually leads straight into the opening moments of Revenge of the Sith thus firmly planting these episodes within the theatrical timeline. (And since these last episodes are so close to the appearance of Darth Vader, is there a chance he’ll show up in the series finale? And will we see Ahsoka deal with Order 66?) 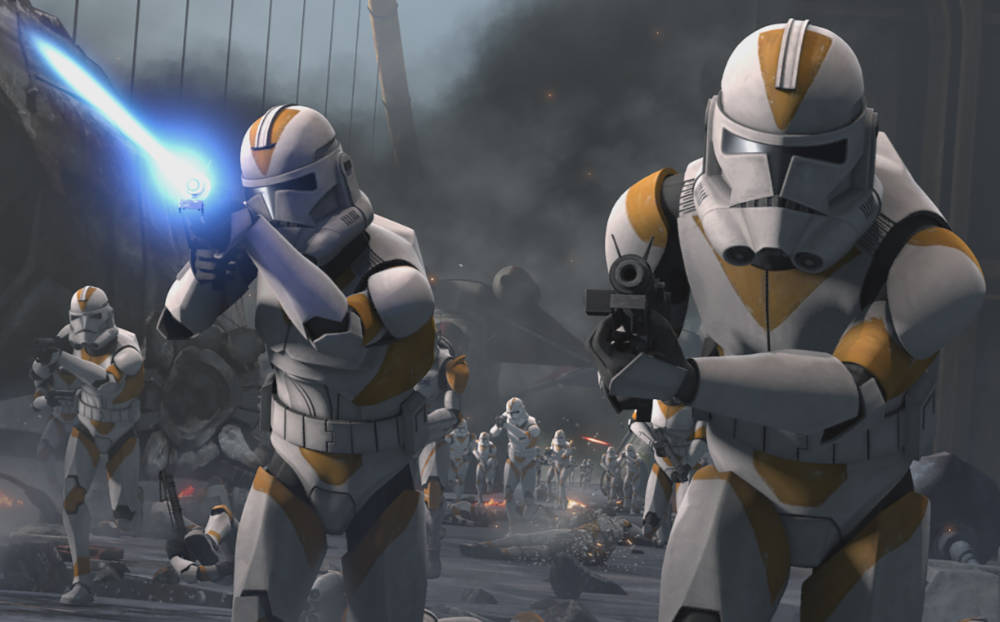 But as if that wasn’t enough, the second half of the episode transitions into a spectacular siege on Mandalore. We see one of the most impressive fight scenes in the whole series topped off with a record number of jetpacks in aerial action you have to see to believe.

The various factions of Mandalorians go to battle and we see some new variations of armor and weaponry. Most noteworthy is a Darth Maul / Boba Fett hybrid (the “Mauldolorian”?) that will make a fun action figure. 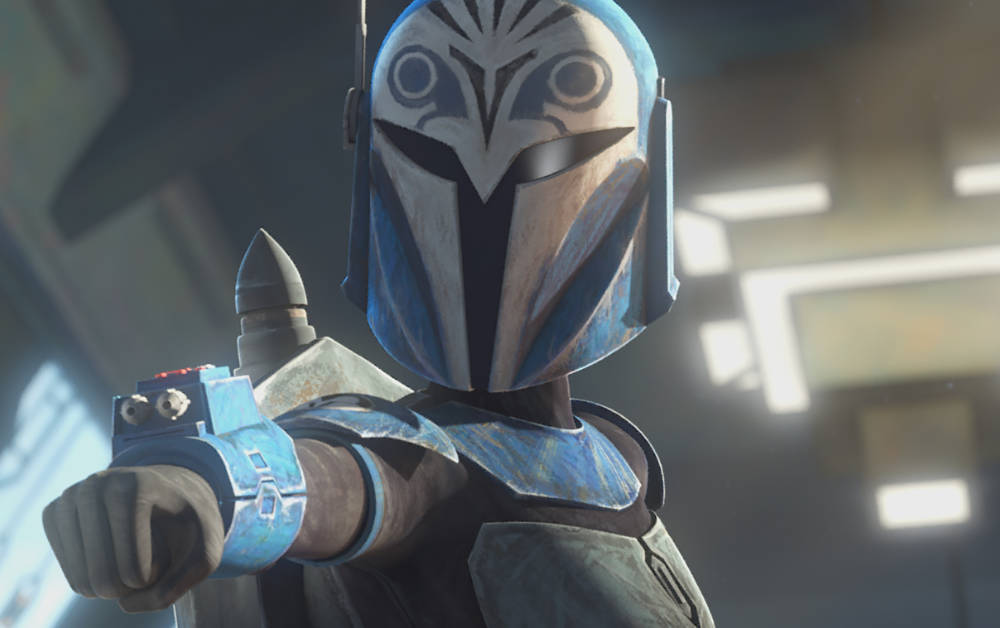 Overall this episode has a spectacular mix of action, drama, humor, and fan service to make it the top episode of the series…. so far. And the ominous cliffhanger is ended with unsettling end credits that are silent and lacking the usual closing theme.

The previous several episodes with Ahsoka and the Matrez sisters really felt like they were setting up a new path for the former Jedi. However, this episode takes her on a completely new path that makes the last several episodes feel like a minor detour and utterly forgettable.

Maybe the Matrez sisters will be back in some capacity, but at the moment it feels like they were a little side quest that will be forgotten. 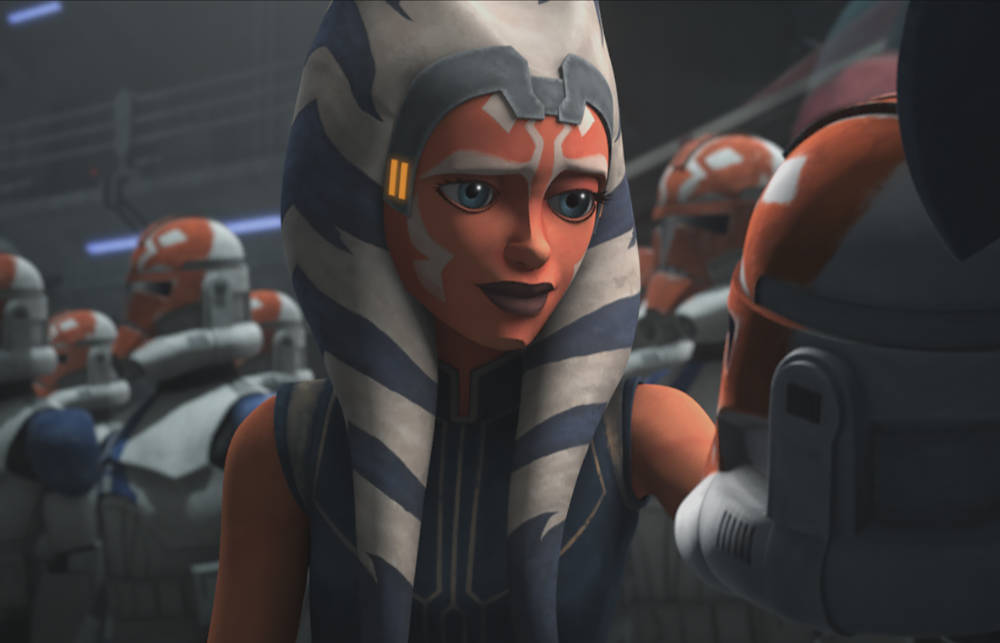 “Old Friends Not Forgotten” is the highlight of Season 7 and more of what I believe fans were expecting to see from the series finale. Hopefully it builds up to an epic conclusion worthy of 12 years of storytelling.

The Walt Disney Company has revealed the Disney+ October 2020 release schedule. Disney+ is the dedicated streaming home for movies and shows from...
Read more
Legion of Leia

Disney today revealed the Disney+ Fall Schedule and also a trailer for the upcoming programming that you can watch below! The Disney+...
Read more
Streaming

Disney+ has revealed both The Mandalorian Season 2 trailer and poster, which you can view below. The second season of the popular...
Read more
Streaming

The Wonderful World of Mickey Mouse Shorts Coming to Disney+

Mickey Mouse and friends are heading to Disney+ in the all-new animated shorts series, The Wonderful World of Mickey Mouse. From the...
Read more
Games

Disney+ has announced that a new doctor is coming to the streaming service in 2021. Doogie Kameāloha, M.D. (working title), a re-imagining...
Read more
Streaming

The purpose of Star Wars Thrills is to put all the Star Wars news from the week of September 4, 2020 in one...
Read more

New Character Posters for the No Time to Die Movie

United Artists Releasing has revealed 12 new character posters for the No Time to Die movie, opening in North American theaters on...
Read more

To kick off Batman Day, the 2,363-piece LEGO Batwing has been revealed! Officially titled the LEGO 1989 Batwing, the set will be...
Read more

The Murders at White House Farm Trailer and Launch Date

HBO Max has released the trailer for The Murders at White House Farm, the six-part true crime series launching on the streaming...
Read more

The purpose of Star Wars Thrills is to put all the Star Wars news from the week of September 18, 2020 in one...
Read more