Last night, I was lucky enough to be able to attend Excelsior! A Celebration of the Amazing, Fantastic, Incredible & Uncanny Life of Stan Lee, a tribute to the comic book legend put on by Legion M, Agents of Mayhem and Stan Lee‘s POW! Entertainment. Hosted by Kevin Smith, the star-studded event to honor Stan Lee included Mark Hamill, Felicia Day, Laurence Fishburne, Clark Gregg, Phil Lord and Chris Miller, and so many more. Everyone told beautiful stories about Stan, and we were treated to clips from his life, a video of all his Marvel cameos and a chance for fans to chat with each other about the extraordinary man who changed the world with his stories. 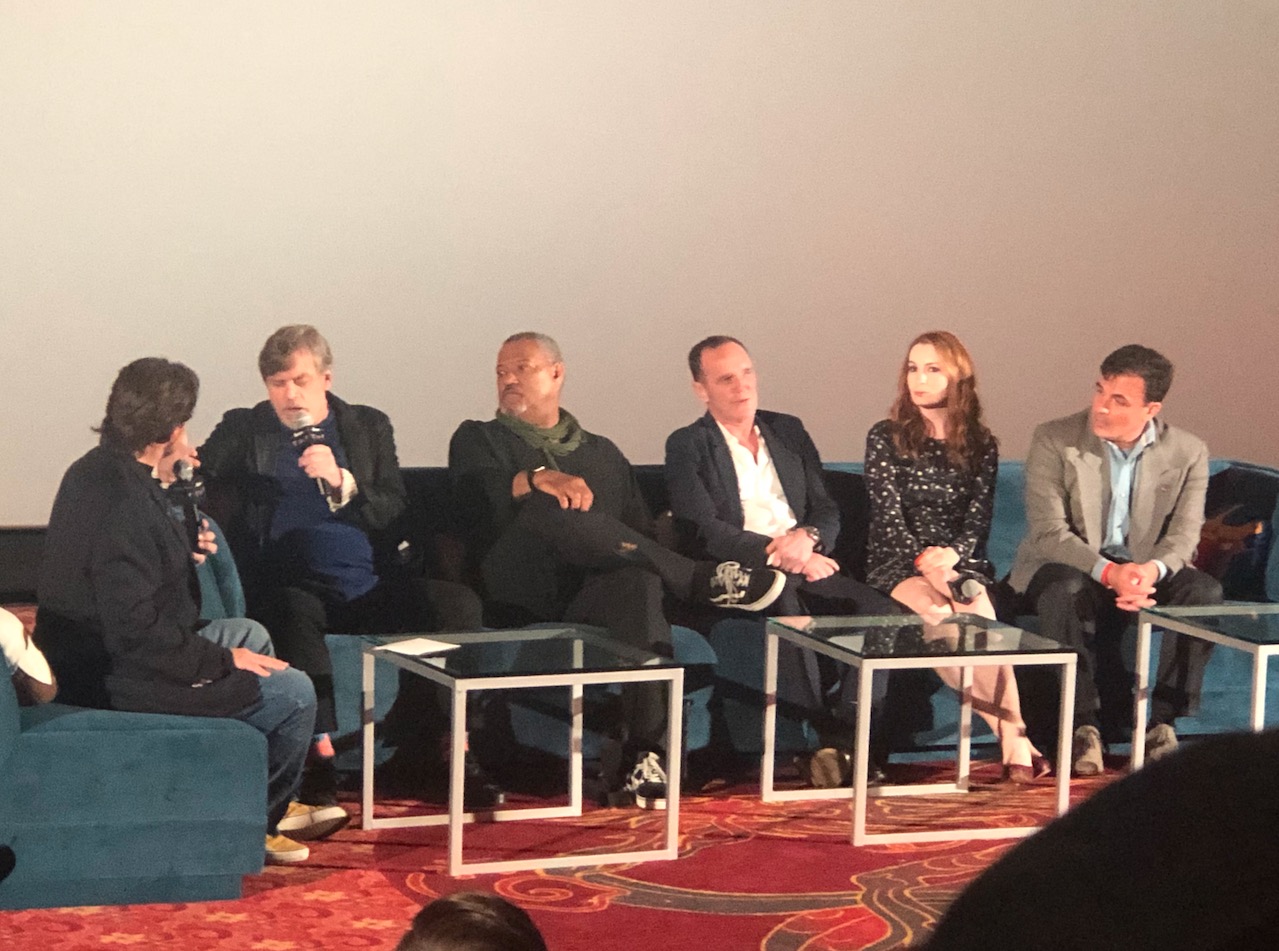 Fishburne told the crowd that most of the time when he came across Stan, he was actually too shy to talk to him. He said he’d been reading comics (and joked that he later stole them when they went up to $.15) since he was a kid and how Stan’s creations opened the world for him. He added, “I was a New York City boy, and Stan was writing about what was outside my window. That was so important because it was about the place where I was from, and that just opened my eyes to the possibility that you could be so much more. He later read Edgar Allan Poe’s The Raven, one of Stan’s favorite poems. RZA read a beautiful quote about the damage of racism and other forms of discrimination from Stan. 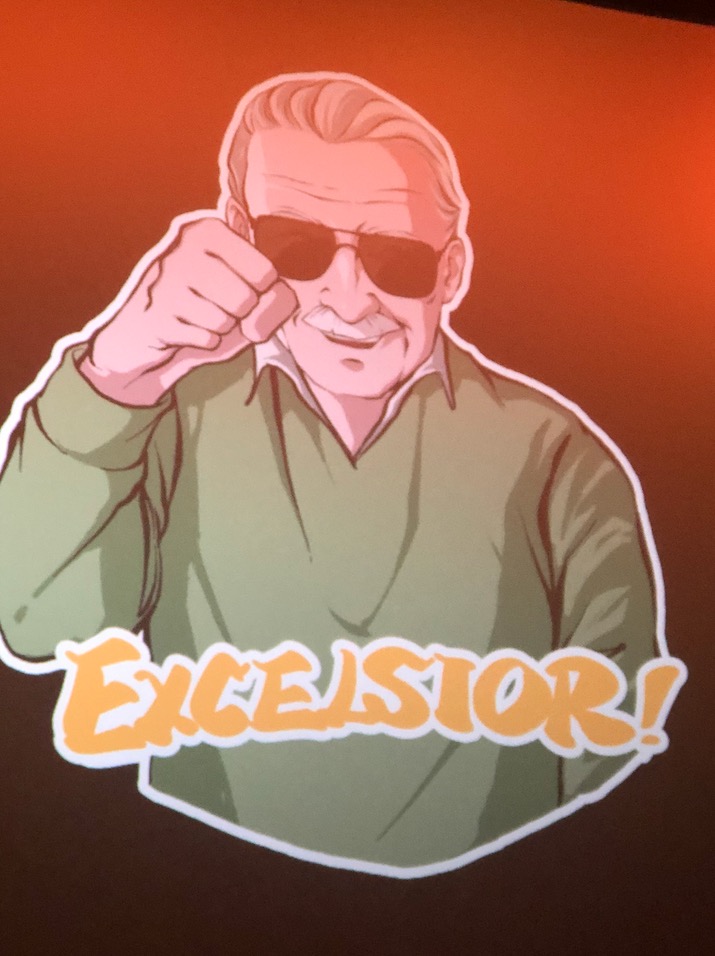 Mark Hamill wowed the crowd with his amazing Stan imitation and talked about Stan’s instinct for comedy. I was honored to be able to host a live panel with Stan and Mark Hamill years ago at Comic-Con and the bond they had was palpable. Gregg spoke about meeting Stan and how that was the most starstruck he’s ever been in his life. Day spoke about how she had an interview in Stan’s office and brought him the DVDs of her web series The Guild and how he called her to tell her that he’d watched them all and that she was doing a great job. He later had a cameo in the series. Seth Green spoke about getting to spend time with Stan at a convention in Dubai and how his work transcended culture and location, and how Stan was there the day he met his wife Clare Grant. Even actor Bruce Davison joined the panel on stage to tell the story of how, when playing Senator Kelly in the X-Men movies, he came out of the water naked and Stan asked him if he wanted a hot dog. 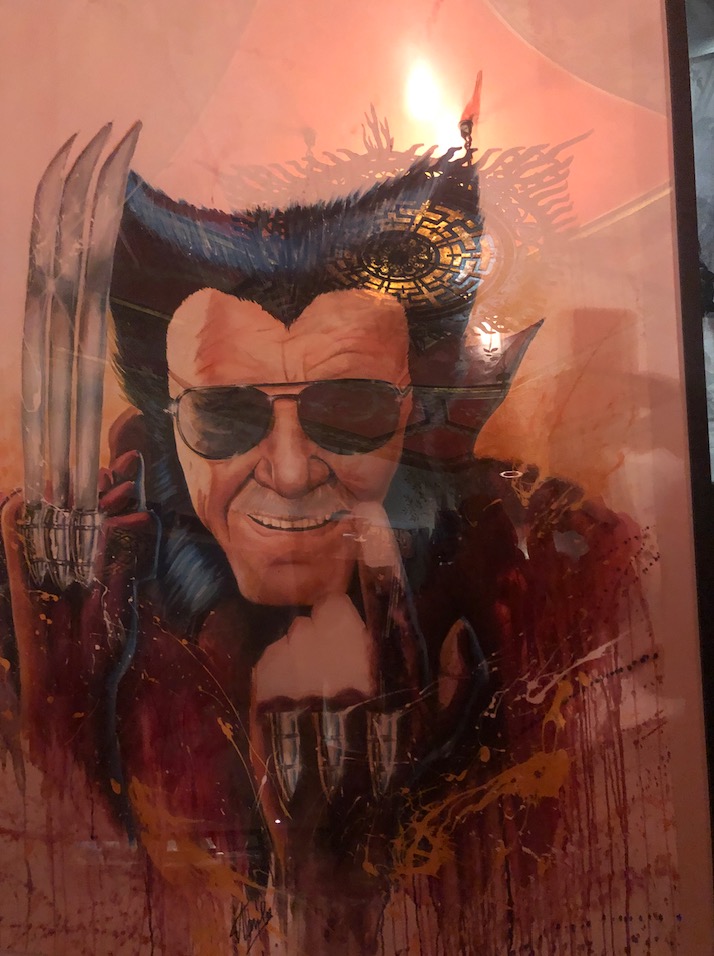 There were video messages from Dwayne Johnson, Mike Coulter, Ming-Na Wen and a spoken message from Kevin Feige. Kevin Smith told beautiful stories about meeting Stan for the first time and how much he loved him as a person. He was visually moved a number of times during the evening. Los Angeles Mayor Eric Garcetti gave a speech about meeting Stan and told everyone what a huge comic book fan he was. Garcetti gave POW! Entertainment the key to the city, a one-of-a-kind creation with a picture of Stan on it and the word, “Excelsior,” Stan’s frequent declaration. It is only the third key he’s given during his tenure. 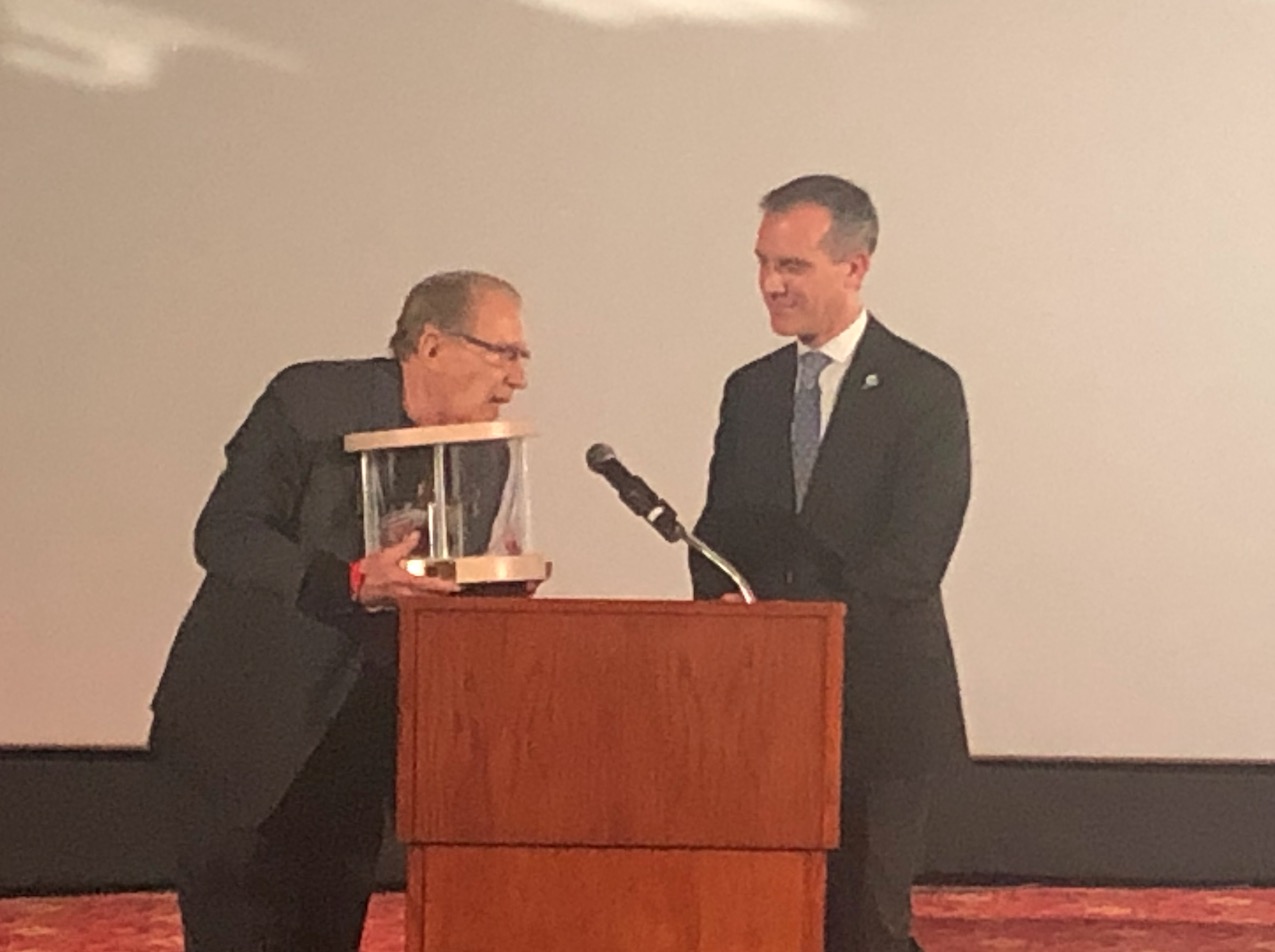 Smith said during the event, “I knew Stan for 23 years, and one of the most ironic things I thought about today was that he didn’t understand his own genius in this lifetime. This was a man who spent most of his life dreaming of writing the great American novel, and never realized he had done it so many times, over and over again.” Some of you know that I got a chance to work pretty closely with Stan on the series Cocktails With Stan and I remember him telling me something similar. He used to say that, at parties, when people asked him what he did, he usually just said he was a writer, and when they asked what kind, he’d mumble something and leave the room. He said that people didn’t respect comic book writers back then, and that it always bothered him. It’s so wonderful that he lived to see how much his work changed the world. Nikki Frakes, director of With Great Power: The Stan Lee Story, remembered a conversation she had with Stan, “I asked him, like he had been asked so many times, what would your superpower be? And normally he says ‘love’, but that night he said ‘immortality’. Looking out and seeing everyone here tonight I think we all know that he has achieved that immortality in each of us.” 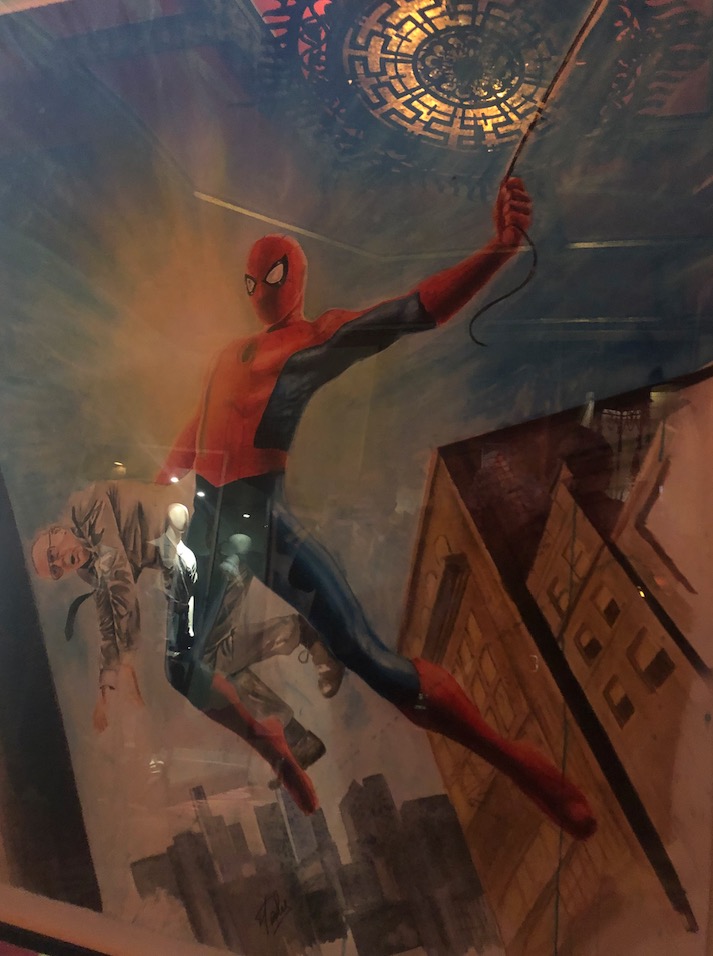 The one thing that was common to all the stories was that Stan made everyone feel special. From the actors to the comic book creators to the producers like Michael Uslan on the stage, everyone said the same thing. When Stan spoke to you, there was no one else in the room. You had his attention. He loved his fans. We loved him right back.

Next
The Ron Burgundy Podcast Trailer and Behind-the-Scenes Clips
Click here to cancel reply.
Disclaimer: This post may contain affiliate links through which we earn a commission if you decide to make a purchase, at no cost to you. As an Amazon Associate, we earn from qualifying purchases.