Frozen 2 Review: The Sequel Is Unable to Move Forward

Sequels need to look forward. They almost never do; it’s very difficult to conceptualize an interesting new character in the first place and doing so out of the blue means tying them in concretely to the story of the introduction which usually also has a concrete end. Their lives may go on, but the most important element of their existence has usually been dealt with (in order to maintain dramatic focus) and doing so again would be repetitive. But where do you go beyond the most important element of their existence and if there is something more important why wasn’t it the focus of the first film? Inevitably this leaves follow ups stuck in the past — either ancient or immediate — rather than advancing to the future. Frozen 2 is stuck in this conundrum unable to move forward, at least until it absolutely has to, and offering no reasons to care about the new crises as a result. Because no one really wants that; they want — as Princess Anna sings early on — things to stay the same forever.

Picking up some indeterminate time after the previous film, the Kingdom of Arendelle is again under siege, this time from the elements themselves which have gone wild. Recognizing the attacks as related to the ancient founding of the Kingdom and the later loss of their parents, Queen Elsa (Idina Menzel) and Princess Anna (Kristen Bell) waste no time speeding into the mysterious forest to their north which may hide the answers. Instead all they find are more questions. What caused the founders of Arendelle to turn against their northern neighbors? Who was the mystery woman who saved their father as a boy and where did she go? Will Anna ever have the courage to build her own life separate from her sister? Will Sven ever have the courage to propose? Who are the antagonists and what do the protagonists really want besides checking off plot points? What is the reason for this story to exist?

There are answers to many of these questions in Frozen 2 but not enough and definitely not enough good ones. For all the focus on the inner lives of the two main characters, no one has come up with an answer beyond ‘they still want the same things they wanted before, for more or less the same reasons.’ The first Frozen motivated much of its story by the complex inner emotions of its two sisters, particularly Elsa, but the sequel has fewer options for doing so without completely changing their core personalities. This is solved by giving them an exterior problem to solve which will always be lesser and then leaving it vague as well. The story has no antagonist working against heroes, leaving the plot to work on contrivances or give up all together. Sure the first film was a bit ambiguous in that area as well, but at least that was tied to the actions of a core character; Frozen 2 has none and so has to turn its gaze to characters of the past. There’s also a lot of confusion about what to do with any of the legacy characters, particularly Kristoff who eventually just disappears when it becomes clear no one has any ideas for him and he didn’t need to show up at all. 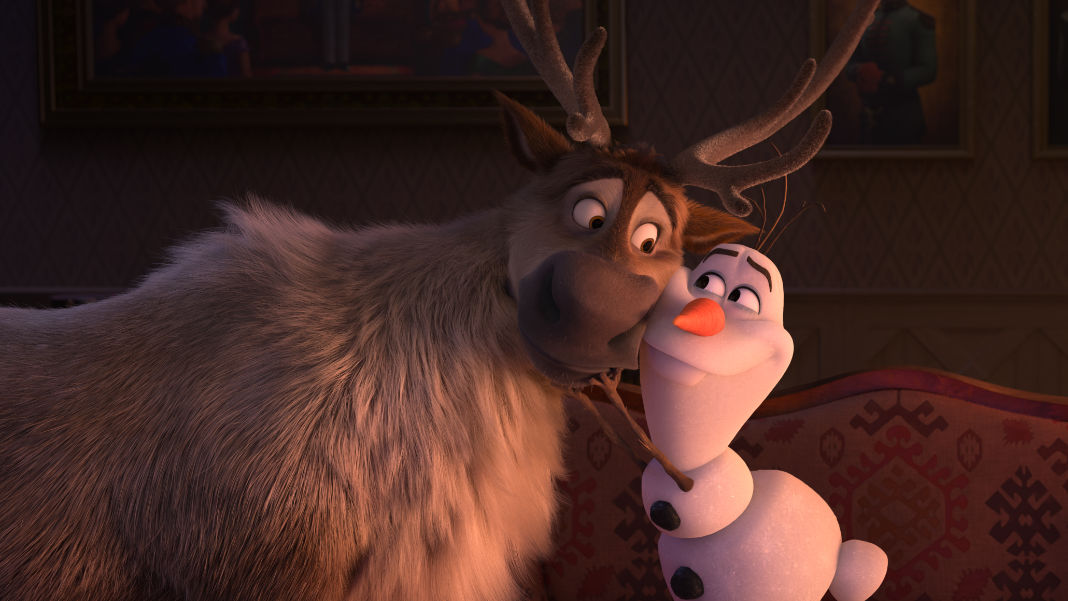 It’s all made even more frustrating by the fact that the people involved clearly know how to make an entertaining movie. Many individual pieces of Frozen 2 work just fine, with more than a few genuinely laugh-out-loud moments (mostly from Josh Gad’s Olaf). Though none of the songs reach the level of the first films iconic “Let It Go” no matter how much they try — and they try hard and repeatedly, as if sensing the shortfall in real-time — they are snappy enough and the cast gives all their musical might to them. With a story so scattershot and unfocused, the songs could have tied the disparate pieces together and kluged some sort of whole from these pieces, but that is asking too much of everyone involved. Returning writer-directors Jennifer Lee and Chris Buck, along with songwriting team Robert and Kristen Anderson-Lopez (who co-wrote the film this time as well) seem most content to try and remind us what we liked about the first film, but don’t have clear ideas what to add to that.

The result is just a discombobulated mess. Funny scenes and potentially interesting character dynamics are wasted as the filmmakers keep trying to answer the question ‘what is this film about?’ and finding no answer. Potential answers to that question eventually swirl around what could be interesting plot angles about stealing land from indigenous people and the price the present owes for past crimes, but that’s a lot for an animated film to take on and there’s not nearly enough time to do so. With so much haze and mist overlaying what the film could be, dramatic decisions are put off or feinted at but no plunge is ever taken leaving the film with no stakes and the climax with no costs. And a story without cost has no power. Everyone here is capable of better.

Walt Disney Animation Studios’ Frozen 2 is opening in theaters on November 22nd. You can view all our updates on the movie by clicking here.

Fans are invited to venture "Into the Unknown" alongside Anna and Elsa when Walt Disney Animation Studios' Frozen 2 Sing-Along engagement kicks off in...
Read more

Netflix has revealed the trailer and poster for Spenser Confidential, the Peter Berg-directed action comedy coming to the streaming service on March 6, 2020. The...
Read more

How Locke and Key Was Adapted From Comic to Screen

Luke Evans will take the lead in ITV's upcoming true crime drama The Pembrokeshire Murders, a three-part mini-series depicting the pursuit of a cold-blooded...
Read more

Netflix announced today that beginning on February 1, 21 films from Academy Award-winning Japanese art house Studio Ghibli will be made available on the...
Read more
Load more