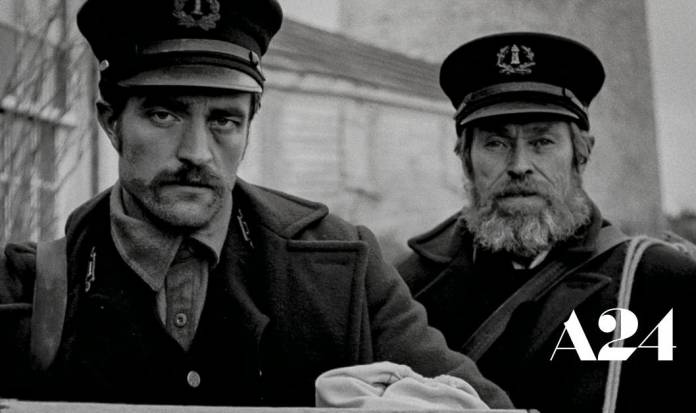 Robert Eggers’ The Witch (or The VVitch if you prefer) is a polarizing film. Now that we have a little distance from it, and now that we’ve seen something of the trends happening in the horror genre since then, that film is a moment in independent film – that there are stories to be told in the horror genre that are artistic, not exploitative, and can play with genre tropes and conventions to subvert what we expect. Full of atmosphere and dread, these independent horror genre films aren’t so interested in frightening you (although films like Hereditary can certainly jolt when they need to) so much as they are in evoking a mood and a tone.

But marketing teams have to market, and often do these films a disservice; trailers are full of critical reactions such as “Scariest film since ______” which the film then has to live up to in the audience’s mind. Horror fans, particularly, are exacting in this regard. Don’t make promises you can’t keep, they say, and so when they sit down to a movie like The Witch, the film already has something to prove. I love The Witch. I love the power it has, and the themes and ideas it raises, and Robert Eggers became a filmmaker to watch, and I was very curious to see what he was going to do next. But I also understood the point that many of the film’s detractors were making – don’t pretend to be above the genre you’re playing in. You can call The Witch “arthouse horror.” But that doesn’t lessen the value of other films in the genre that may not have such lofty goals. The Texas Chain Saw Massacre remains to this day one of the scariest films ever made, for example, and it does so with an efficiency and a focus that is just as strong — stronger — as what Robert Eggers does, and Tobe Hooper did it with a smaller budget and nothing close to the support Eggers had.

It isn’t easy to break out of the sophomore slump, especially when expectations are so high. In my experience, most filmmakers who are successful at it do so by running as far away as possible from their previous work. The Lighthouse, Eggers’ second film, from the very first moments, feels like a planting of the feet and a declaration: these are the kinds of stories Eggers wants to tell, and the style he wants to tell them with. The problem with that is in the predictability: as soon as we meet lighthouse custodians Thomas Wake (Willem Dafoe) and Ephraim Winslow (Robert Pattinson), I knew exactly what Eggers was up to. While atmosphere and dread are admirable ambitions in making your horror film — and The Lighthouse is a horror film, make no mistake — if your story isn’t solid, it’s all just playing in the sandbox. There isn’t anything substantial to it. A film like The Witch backs up its pretensions by having a story to tell, and it takes its audience to unexpected places. The Lighthouse ends exactly where you think it will.

As the relationship between Winslow and Wake becomes more adversarial, and we learn aspects of their lives, Dafoe and Pattinson aren’t afraid of committing to their roles. The problem is that there isn’t any restraint in the work they are doing – both have their performances turned all the way to 11. Dafoe, in particular, with his accent and cadence, seems not so much like he’s creating a character from cloth as he is in emulating the kind of character we’ve seen from Treasure Island to Moby Dick – the crusty sea captain, with all the cliches that come with it. Pattinson’s role is harder – Winslow is a man full of lies, guilt, and secrets, and as more is revealed he digs into those aspects with relish. He’s quite good, but the problem is that he’s playing opposite a caricature, and at times to keep up Pattinson has to go as broad as Dafoe does. This is a case where some choices should have been reconsidered.

Eggers shoots The Lighthouse in a strict 1.19:1 aspect ratio, and in black and white, ostensibly to evoke a mood, but it feels hollow and pompous. I hate using the word pretentious in a review, but it is what it is – The Lighthouse is pretentious filmmaking, and if you’re going to evoke Lovecraftian dread, commit to it. A film like Color Out of Space at least has the courage of its convictions – there are things happening that cannot be explained, and beyond comprehension. Is what is happening in The Lighthouse real, or simply the result of madness? Eggers wants to have it both ways, but the result is a muddled mess that can’t achieve what it wants to achieve. It is difficult to create an atmosphere of dread in a film. But atmosphere is just that – air. It’s the filmmaker’s responsibility to fill that air with something tangible and meaningful, and The Lighthouse fails. Robert Eggers is a gifted director. I am confident that he will continue to make evocative and thought-provoking cinema in the future. In the meantime, however, The Lighthouse doesn’t come close to the power of Eggers’ previous film, and is a disappointing endeavor.

Waiting for the Barbarians Trailer with Rylance, Depp and Pattinson

It's been five months since the last trailer for Christopher Nolan's highly-anticipated Tenet movie, but we now finally have new footage. Tenet...
Read more
Streaming

Waiting for the Barbarians to Be Released by Samuel Goldwyn

Spring, 1987. I’m a senior in high school. I’m sitting in the back seat of my friend Bill’s lime-green Chevy Nova. We’re...
Read more

HBO Max has given the green light to a second season of the series Legendary and acquired worldwide rights to the documentary...
Read more

The Rolling Stones’ Goats Head Soup to Be Rereleased Sept. 4

Another prized jewel in The Rolling Stones' catalog is to be restored to its full glory and more, with the September 4...
Read more
Load more