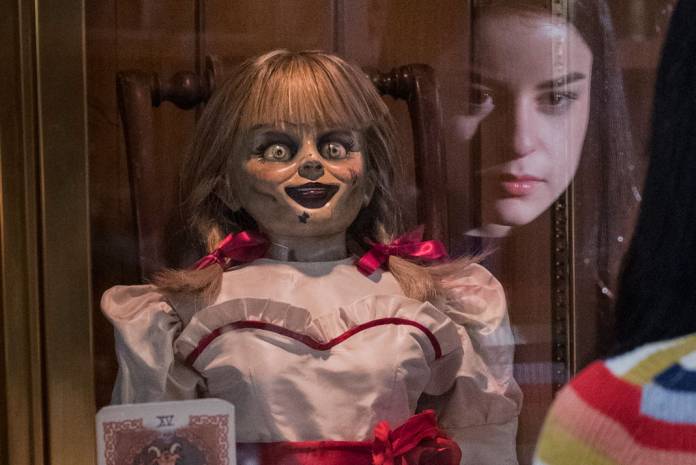 The great philosopher Tyler Durden once said “the things we possess end up possessing us.” Taking that sort of glib pseudo-philosophy seriously is bound to backfire, but someone has anyway so we may as well grapple with it. The possession under discussion is the haunted doll Annabelle, which has been traveling in search a soul to bring it to life, or at least torment via indiscriminate floor creaks and sudden reveals. Actually, Annabelle doesn’t do much of anything but nor does she have to. Like God, she terrifies simply by existing. It doesn’t do much for narrative drive (of which Annabelle Comes Home has little) but that doesn’t make it any less true.

After scraping as much as possible out of Annabelle’s origins and how she made it to the home of professional demonologists Ed and Lorraine Warren (Patrick Wilson and Vera Farmiga in extended cameos), the caretakers of the Conjuring universe have decided to focus on that home and what happened after Annabelle was brought there. Specifically a basement full of haunted and dangerous artifacts collected by the Warrens for… safe keeping, or something along those lines. Certainly, it begs the question why anyone would fill their house up with such material, much less leave their precocious daughter (Mckenna Grace) alone with for extended periods of time without any apparent misgivings, but Annabelle Comes Home isn’t a film about logic or even emotions. It’s a film about objects and objectification.

The object is all, and it is nothing. While each artifact in the Warren’s collection has a specific aesthetic and purpose (through which future monsters can be teased), in the broad view they are all the same. They’re vessels to be filled with whatever humans chose to put into them — memories, hopes, fears — just as the film they exist in is (in a virtual sense). And by doing so they are given power, an influence which can be as insidious as any addiction. It’s no accident that this all takes place in ’70s suburbia, the birthplace of kitsch collecting and the formative era for ’80s consumerism. The haunted hodgepodge isn’t any more detrimental than the miscellany everyone else has spent far too much time, money and attention on. It’s just more overt. 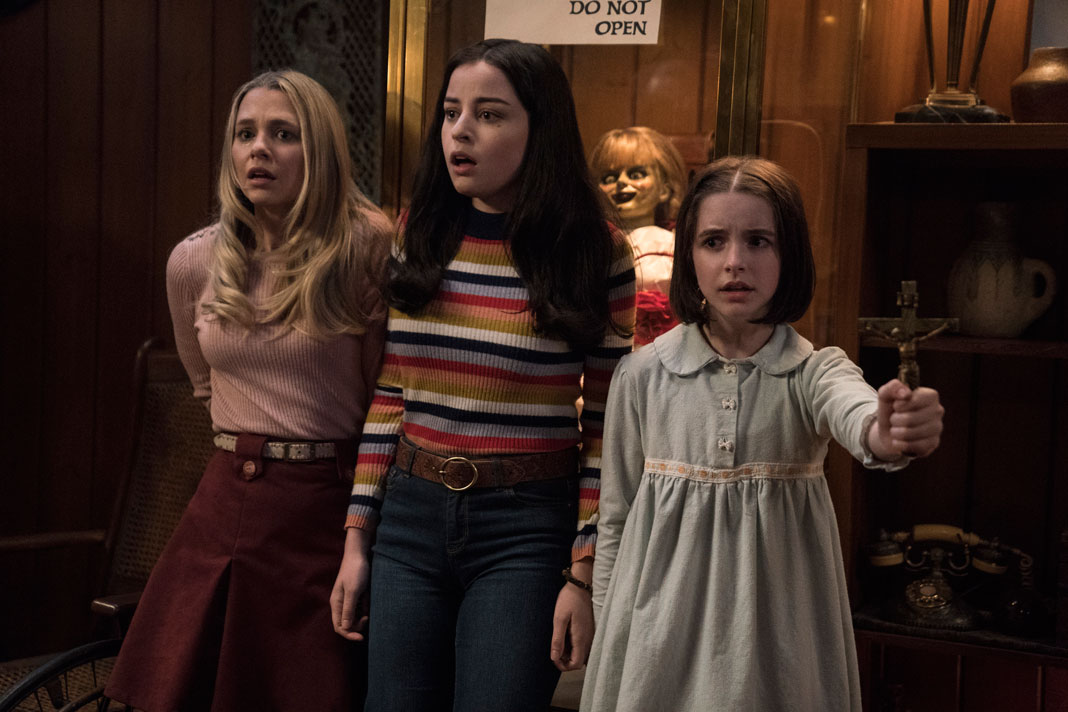 We can tell because its background doesn’t matter to anyone.  Brought face to face with a possessed doll which calls the spirits of the dead, Annabelle’s proprietors can think of any number of actions to take except destroying it (not to mention the various other dread horrors spread throughout the house). Possessing objects is what they are for, to do otherwise would be to go against nature. Particularly since objects, at least in this context, are stand ins for an inability to let go of the past, which is at its essence an inability to face the reality of death. [On the other hand, Annabelle Comes Home refuses to deal with death beyond that, leaving it dreadfully inert].

It’s a trait shared by the three girls trapped in the Warren home, who are really just objects themselves. They have the minimum amount of agency, enough to get them into dire straits and no more. But, much as with Annabelle herself, they don’t need to be either. They are there for the audience to pour themselves into and thus share in the visceral reality of their experience. It’s not only not necessary for Judy Warren to be a fully realized character, it’s actively detrimental to the effect the filmmakers are going for. As Judy she could only be herself. As an object she could be anyone. She could be you.

None of which makes for a particularly engaging movie experience. Beyond a delight in mood, there’s no attempt to do anything with Annabelle that hasn’t been done in the earlier films, and frequently quite a bit less. The object has possessed them and they can’t get away from it.

Warner Bros. Pictures‘ Annabelle Comes Home opens in theaters on June 26, 2019. You can check out all of the previous updates about the movie by clicking here.

Although Hollywood is mostly shut down at the moment, deals are still happening and we've got updates on three genre projects that might interest...
Read more
Streaming