Posted on Published: May 1, 2020 Categories Legion of Leia, Streaming, TV

Star Wars: The Clone Wars has returned for its seventh and final season on the Disney+ streaming service. In this review, we’re taking a look at the eleventh episode of the season, titled “Shattered.”

After successfully capturing Maul on Mandalore, Ahsoka plans to deliver him to the Jedi Council on Coruscant. When Order 66 is declared in the midst of her journey, her world is turned upside down. Friends become foes, and enemies become allies.

With this penultimate episode, The Clone Wars continues to rock as it heads to the series finale. Ever since Ahsoka first appeared on the screen, we’ve wondered how she would fare when Order 66 hits. Now we find out in “Shattered,” and it’s quite a memorable moment.

The whole story has an immense feeling of dread leading up to the climax. Keving Kiner treats us to incredibly ominous music. It almost sounds like it came from Blade Runner as the tension builds.

In some of the darkest moments of the whole series, there is very little dialogue from the characters. The clone troopers start becoming less friendly and more the faceless robots behind the helmet. Finally, when Darth Sidious pulls the trigger, we’re treated to one of the most action packed and emotionally stirring moments of the series.

While Order 66 is the centerpiece of the episode, we can’t forget about Maul. It’s interesting to see his reaction as his former master’s plan is revealed. Maul and Ahsoka are forced into an unexpected situation that perfectly defines both characters. Maul has an inevitable faceoff with the clone troopers and it features some of the more violent scenes in the whole series. It is almost too gory for a kid’s show, but it’s still a lot of fun.

While the episode is exceptionally dark, there is some humor in it. Ahsoka teams with a trio of droids that provides a bit of comic relief. They are led by R7 and one of the droids, CH-33P a.k.a “Cheep,” is voiced by Dave Filoni. They’re a nice break from an otherwise quite stressful story.

This episode continues to feature fun Easter eggs for hardcore fans. We see FX-7, the medical droid from The Empire Strikes Back. There’s a fun nod to Rogue One at an especially poignant moment. And the mother of Sabine from Rebels has a brief cameo as well.

One final memorable moment – there’s a scene where Ahsoka has an opportunity to warn the Jedi Council of Anakin’s turn to the Dark Side… and she opts not to do so. It will be interesting to see how this missed opportunity weighs on her in the future.

No real complaints on this other than what I mentioned from the previous episode. The fact that we’ve already seen Ahsoka and Rex alive and well in Rebels takes a lot of suspense away from this episode. The creators couldn’t help it, but it makes me wonder how much more impact this series finale would have had with that additional suspense.

“Shattered” is a can’t-miss episode for Star Wars fans. It ends with a cliffhanger and with Dave Filoni and his crew firing on all cylinders, it’s exciting to think what they may have in store for the final episode. 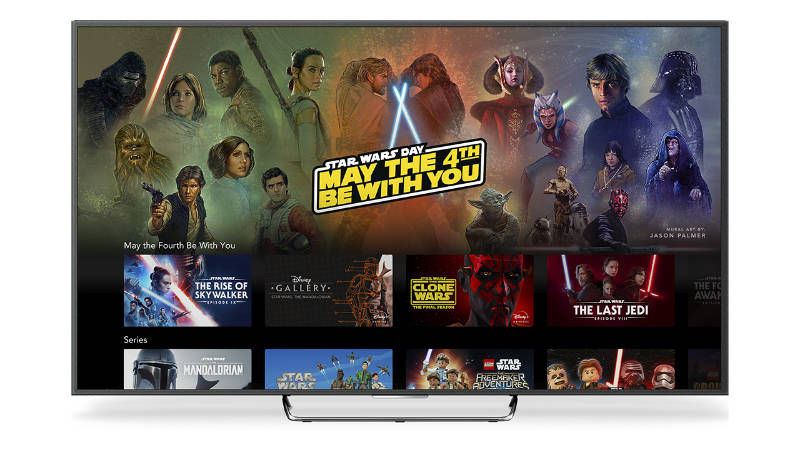 Next
Star Wars Thrills: May the Fourth and More Updates!
Click here to cancel reply.
Disclaimer: This post may contain affiliate links through which we earn a commission if you decide to make a purchase, at no cost to you. As an Amazon Associate, we earn from qualifying purchases.
Amazon Prime Day 2021 is June 21 and 22! Click here for the deals.