During the first half of the press conference for the highly-anticipated live-action reimagining of Disney‘s Dumbo, we got to learn more about how composer Danny Elfman came to the project. Most importantly, we learned how he created Dumbo’s theme and managed to capture director Tim Burton’s need to hear Dumbo soar in the film’s score.

When you think of director Tim Burton’s work, it wouldn’t be surprising if you immediately thought of his frequent collaborator, composer Danny Elfman. Disney’s Dumbo marks the 17th project the two have worked on together. Over the years, as Elfman explained, the two have learned how to best work so that both of their needs are met. With Burton’s need to hear the music first before providing input on the direction and knowing that he couldn’t assume what Burton would want for the score, one could argue that Elfman had his work cut out for him. However, when it came to thinking about Dumbo‘s theme, the idea came to Elfman way before he was actually needed to work on the film:

“I had a little theme in my head,” Elfman told us. “Because I didn’t know a lot about Dumbo, I didn’t see it as a kid. And I remember that baby elephant loses his mom. Oh yeah. That’s going to be bittersweet, sad. And I had a musical idea. And before I started, I went and I wrote it, played it, finished it, put it away. And I’ve never done that before with Tim beforehand. A year later I came back. I said what was that thing that I did? That’s Dumbo’s theme right now. So it was kind of a unique moment that I hadn’t experienced.”

Danny Elfman further explained that despite his enjoyment of writing sad, bittersweet music, he tries to apply an acid test to figure out how malleable a piece of music is. This testing helps to inform Elfman of whether or not something will work if a theme suddenly has to be changed to fit a certain mood. In the case of Dumbo‘s theme, running the acid test turned out to be very useful due to Tim Burton’s desire to hit on this feeling of triumph. This feeling, Elfman explain, would then carry over to an emphasis on feeling like Dumbo was truly soaring in the score:

“He’s like, he’s flying. And the word [Burton] used the most in the score was soaring,” Elfman explained.  He really wants to make sure that Dumbo soars. And I go, but don’t we want Dumbo to be heartbreaking. Oh, yeah, you got that, that’s fine. But I really want to make sure he soars. But when he leaves his mother. Yeah, yeah, that will be fine. He soars. And Tim and I, it will be like that. There will be one element of the thing that he’s really focused on and the rest of it will be, that’s fine.”

While there are plenty of moments in the story of Dumbo that possess the bittersweet sadness that Elfman is drawn to in his composing, his collaboration with Burton in ensuring that we can soar along with Dumbo when we listen to the score proves, once again, that they truly are a match made in creative heaven. 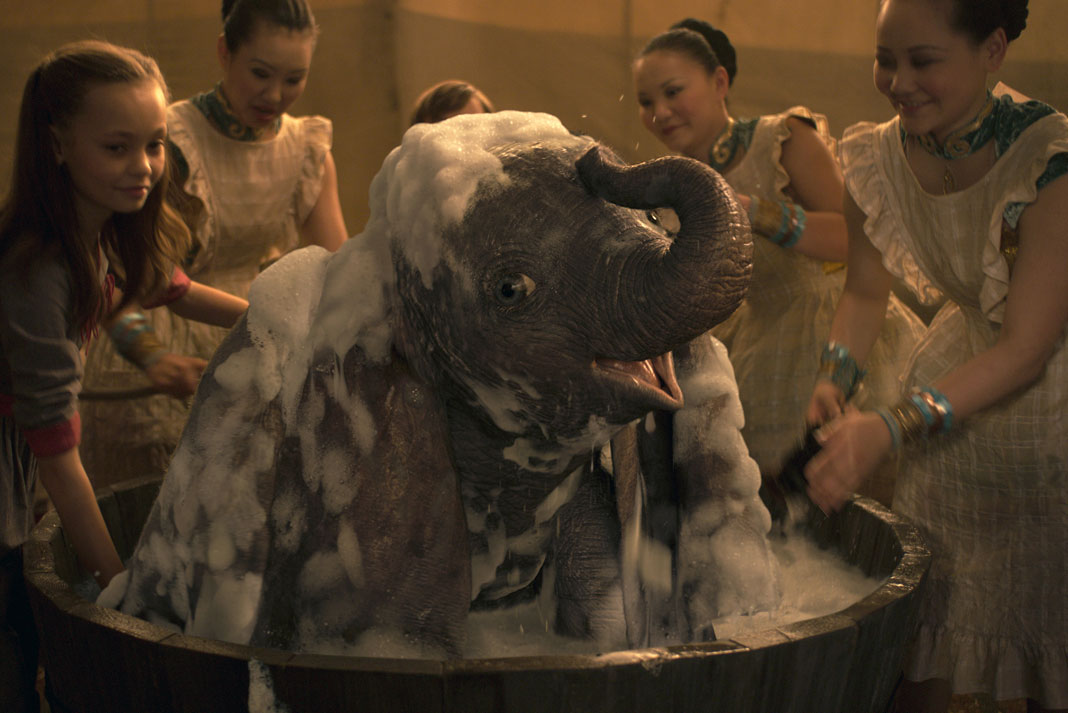 Next
New Spider-Man: Far From Home Posters Have Arrived!
Click here to cancel reply.
Disclaimer: This post may contain affiliate links through which we earn a commission if you decide to make a purchase, at no cost to you. As an Amazon Associate, we earn from qualifying purchases.
Get The FREE LEGO® Life Magazine! LEGO® Life Magazine is fun for kids 5-10 years old.