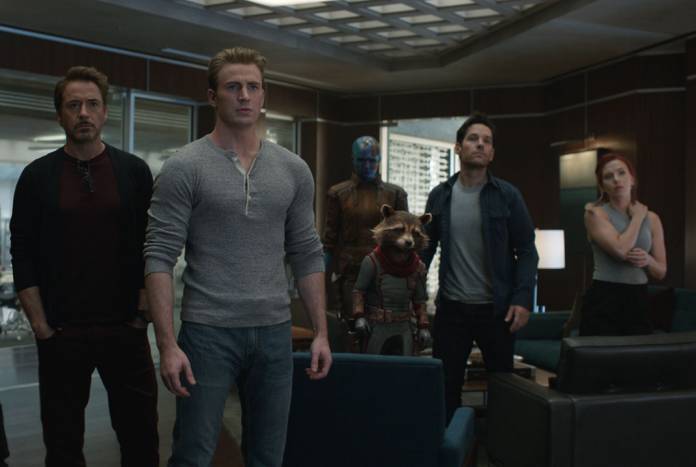 At the risk of sounding like this is a breakup letter, this is the hardest review I’ve ever had to write. Almost everything would be a spoiler, and I promise, this is spoiler-free. Heck, this is harder than the recent Blade Runner sequel. Still, I’ll do my best.

Avengers: Endgame is the most satisfying film I’ve ever seen. It’s satisfying in a way that no other film could match because of a history that goes back over a decade. I remember speaking to Jon Favreau at a junket and asking him about Iron Man. He was surprised I knew what that was. We’ve invested so much time and so much emotional energy in the characters that Marvel Studios and the late, great Stan Lee have given us that nothing could possibly compare outside of something like Harry Potter. The thing is, we knew the ending there. This time, we don’t.

I can’t tell you anything about the plot, but I can say this. Avengers: Endgame manages to grab your heartstrings and yank them for over three hours. Oh, I’ve seen all the posts about this being a film full of fan service, but so what? I’m a fan. I’ve been a fan for a very long time. You want to give me a satisfying ending (though it’s not quite the end of Phase 3)? I’m okay with that. Not sure what anyone wanted… to not be happy with what they did?

We did get to touch on the history of the Marvel Cinematic Universe time and time again in this film, and every moment was heart-wrenching and beautiful in a way only a legacy can be. Would this be an indulgent film that would have you rolling your eyes if it were any other franchise? Maybe. Maybe it would, but it’s not. For fans who grew up with these characters, and who waited their whole lives to see the Avengers assemble, it hits every note. The characters and how much of them we see is balanced well, and the ones who are missing are missed by everyone, not just on-screen, but off as well. Give me the fan service and let me enjoy it.

Yes, we’re getting so many things we wanted, but you know what we’re also getting? The classic MCU humor. I was shocked by how many times I laughed. I’m going to warn you though. You are going to need tissues for this film.

I will say this about the length; I would have sat there for another hour. I wanted to see where everyone ended up. I wanted to hear how the loss affected them. In another film, spending this much time hearing about characters’ feelings might be boring, but here, it was like seeing friends, and listening to them deal with trauma. It’s not a spoiler to say that not everyone is dealing well. In fact, one thing the film does well is deal with grief. It doesn’t just go away because the plot says it does. It lingers. It changes you. It will be very interesting to see how that is dealt with going forward in the MCU.

Were there moments that didn’t work? A few here and there, or a moment that felt too rushed, but not in a way that I couldn’t accept in a story that could easily have been spilt into two more films. There was one moment near the end that might have felt a little forced (you’ll know it when you see it), but it does tell us that Marvel is listening to those of us who are happy to see a well-balanced team. It still made me cheer.

There isn’t much more I can say, but I look forward to talking about this with all of you once we can speak freely. Please let us know what you thought, and stay tuned for a discussion of the film as soon as we’re able.

Cumberbatch to Return as Doctor Strange in Spider-Man 3

The cast of the Sony Pictures and Marvel Studios' third Spider-Man movie continues to grow, with word coming from The Hollywood Reporter...
Read more
Movies

Jamie Foxx Returning as Electro in Next Spider-Man Movie

Shocker! Jamie Foxx, who played the villain Electro in The Amazing Spider-Man 2, which featured Andrew Garfield as Peter Parker/Spider-Man, is in...
Read more
Streaming

Iman Vellani Lands the Role of Ms. Marvel on Disney+

Marvel Studios has found its Ms. Marvel! Deadline is reporting that newcomer Iman Vellani has landed the role of Ms. Marvel, aka...
Read more
Streaming

HBO Max and Cartoon Network are returning to Acme Acres with a series order for Tiny Toons Looniversity, an all-new half hour...
Read more

Netflix today provided us with the first photos from The Dig, coming globally to the streaming service soon. Directed by Simon Stone,...
Read more
Load more