Scener announced today a partnership with HBO Max to host an exclusive Zack Snyder’s Justice League watch party on March 18. Featuring a live video discussion with Snyder himself, fans can grab their virtual seats today for the 4pm PDT / 7pm EDT Justice League watch party by heading to snydercut.scener.com. An active HBO Max subscription is required to join the festivities, but there is no additional cost to participate in the watch party.

“I’m excited to finally share my vision for ‘Justice League’ in a virtual screening with our incredible fanbase who, through the power of community and an inspiring grassroots campaign, played a major role in making this premiere possible,” said director Zack Snyder.

Providing a virtual watch party destination custom-created for HBO Max and Snyder’s film release, Scener will enable thousands of fans to gather for the interactive virtual event introduced by Snyder himself. Scener’s video chat and messaging features will allow fans to hear first-hand insights on the journey to this exciting movie launch, while also sharing real-time reactions with the genre-obsessed community.

“Scener is the perfect place for deep genre communities like the #SnyderCut fans to connect virtually and celebrate the work of creative geniuses like Zack Snyder,” said Joe Braidwood, co-founder and chief operating officer at Scener.

“Our partnership with HBO Max for Snyder’s iconic film release signifies another major leap forward for co-watching, cementing this format far beyond the pandemic-era as a movement that’s driving the future of streaming entertainment. We’re honored to play our part in enabling this new form of community experience as studios, creators, and fans look to Scener as the destination to connect over the movies they love.”

New and current HBO Max subscribers can join the public watch party by RSVPing at snydercut.scener.com prior to the event on March 18. The party will be open to users on both mobile and desktop devices, and users on Windows, Mac, or Chromebook devices will see the full synchronized movie playback experience alongside fan reactions, Snyder’s introduction and more, leveraging Scener’s free extension from the Chrome Web Store.

The film will be made available worldwide in all markets day and date with the US HBO Max exclusive debut on Thursday, March 18 (with the exception of China, France and Japan, where the release dates are to be announced).

The task proves more difficult than Bruce imagined, as each of the recruits must face the demons of their own pasts to transcend that which has held them back, allowing them to come together, finally forming an unprecedented league of heroes. Now united, Batman, Wonder Woman, Aquaman, Cyborg and The Flash may be too late to save the planet from Steppenwolf, DeSaad and Darkseid and their dreadful intentions. 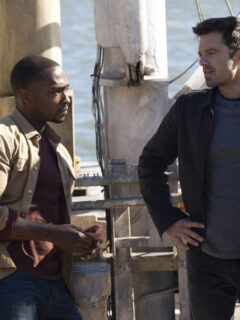 Previous
Go Behind the Scenes of Falcon and The Winter Soldier 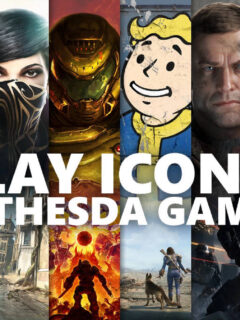 Next
20 Bethesda Games Coming to Xbox Games Pass!
Click here to cancel reply.
Disclaimer: This post may contain affiliate links through which we earn a commission if you decide to make a purchase, at no cost to you. As an Amazon Associate, we earn from qualifying purchases.
Get The FREE LEGO® Life Magazine! LEGO® Life Magazine is fun for kids 5-10 years old.