The Wonder Woman 1984 box office has grown to $118.5 million worldwide, according to the latest figures released by Warner Bros. In addition to playing in select theaters, the sequel is also streaming on HBO Max.

Directed by Patty Jenkins and starring Gal Gadot, Wonder Woman 1984 brought in an estimated $15.6 million globally this weekend from 42 markets (including the U.S. and Canada). The domestic gross this weekend was $5.5 million and overseas take was $10.1 million.

In North America, the Wonder Woman 1984 box office is now up to $28.5 million and the international total has reached $90 million.

Overall, only about 39% of domestic theaters are currently open with limited seating. Theaters are still closed in major markets such as New York, Los Angeles, Chicago, Boston, San Francisco, and Philadelphia.

Warner Bros. last week announced that a third installment is being fast-tracked, though Patty Jenkins also has the next Star Wars movie, Rogue Squadron, in the works at Lucasfilm.

Elsewhere at the box office, DreamWorks Animation and Universal Pictures’ The Croods: A New Age took second place with $2.18 million from 1,751 theaters to bring its six-week domestic total $34.5 million. The sequel also added $7.6 million from 17 international territories and has grossed $114.96 million globally.

The film is directed by Joel Crawford, who has worked on multiple DreamWorks Animation films, including Trolls and the Kung Fu Panda franchise.

Coming in at No. 3 domestically was Universal’s News of the World, the Western directed by Paul Greengrass and starring Tom Hanks and Helena Zengel. The film collected $1.69 million from 1,928 theaters its second weekend and has earned $5.4 million total after two weeks. Netflix has the international rights to the movie.

Rounding out the top five was Lionsgate thriller Fatale, directed Deon Taylor and starring Hilary Swank, Michael Ealy, Mike Colter, and Tyrin Turner. The film earned $700,000 this weekend from 1,183 locations, for a total of $3 million after three weeks. 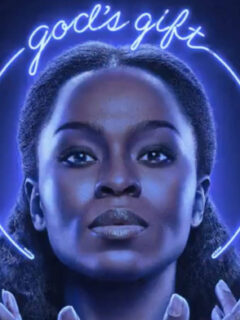 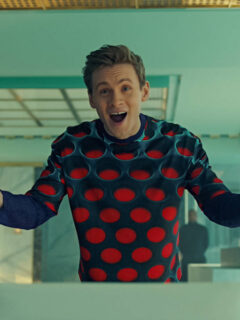 Next
Bruce Langley on Tech Boy's Struggle in American Gods Season 3
Click here to cancel reply.
Disclaimer: This post may contain affiliate links through which we earn a commission if you decide to make a purchase, at no cost to you. As an Amazon Associate, we earn from qualifying purchases.
BigScoots Hosting: The last host you'll ever need! Click for details.