The 10-episode, dark anthology series will be available to stream weekly on Thursdays for Paramount+ subscribers.

From creator Marc Cherry (Desperate Housewives, Devious Maids), season two of Why Women Kill features a new ensemble cast and storylines set in 1949 that will explore what it means to be beautiful, the hidden truth behind the facades people present to the world, the effects of being ignored and overlooked by society and finally, the lengths one woman will go in order to finally belong…

Allison Tolman will play Alma, a timid and awkward housewife, who remains optimistic in the face of the world’s cruelty. Alma yearns for a spot in the local garden club and to see her ungainly daughter married, but her life is disrupted once she learns of her husband’s secret hobby.

Lana Parrilla will play Rita, the sardonic wife to the wealthy and evil Carlo Castillo. As she waits for her elderly husband to die, Rita runs the garden club with an iron fist and spends much of her time engaging in an affair with a younger lover.

B.K. Cannon will play Dee, Alma’s wry and brassy daughter who works as a waitress in a local diner. Though self-deprecating, Dee can be vulnerable under her emotional armor and finds her illicit affair with a secret lover to be both exciting and humiliating.

Jordane Christie will play Vern, a tough, rugged private detective. Vern is intrigued and suspicious when he’s hired to investigate Rita’s younger lover, whom she suspects is cheating on her.

Veronica Falcón will play Catherine, Carlo Castillo’s spinster daughter. Prim and proper, Catherine detests her father’s gorgeous wife, Rita, and returns to town after a mysterious accident, seeking a way to destroy her.

And Nick Frost will play Bertram, Alma’s beloved husband who spends his days as a veterinarian putting sick and injured animals out of their misery. Always kind and good-humored, Bertram has a secret hobby that is darker than his jovial nature lets on.

“Under the creative direction of Marc Cherry and the incredible performances of the cast, the series has become one of our most streamed original series. We look forward to bringing fans even more of this wonderfully soapy dramedy in its second season and can’t wait to see what themes Marc explores next.”

Why Women Kill examines how the roles of women have changed over the decades, but how their reaction to betrayal… has not.

The first season of Why Women Kill details the lives of three women living in three different decades: a housewife in the ‘60s, a socialite in the ‘80s and a lawyer in 2019, each dealing with infidelity in their marriages. 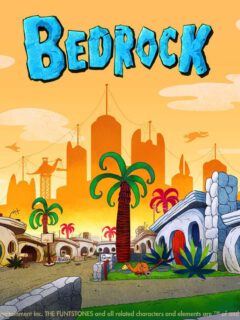 Previous
Bedrock Series to Continue the Story of the Flintstones

Next
Peacock Orders Cyber Thriller The Undeclared War
Click here to cancel reply.
Disclaimer: This post may contain affiliate links through which we earn a commission if you decide to make a purchase, at no cost to you. As an Amazon Associate, we earn from qualifying purchases.
Amazon Prime Day 2021 is June 21 and 22! Click here for the deals.