The trailer for the Vanquish movie has been revealed and can be watched using the player below. Lionsgate will release the action thriller On Demand and Digital April 23 and on Blu-ray and DVD on April 27.

Gallo directed the Vanquish movie from a screenplay he wrote alongside Samuel Bartlett from Bartlett’s original story.

Vanquish shows what desperation can drive a person to do. A mother, Victoria (Rose), is trying to put her dark past as a Russian drug courier behind her, but retired cop Damon (Freeman) forces Victoria to do his bidding by holding her daughter hostage.

Now, Victoria must use guns, guts, and a motorcycle to take out a series of violent gangsters — or she may never see her child again.

Vanquish is produced by March On Production’s Richard Salvatore and David E. Ornston, as well as Chassy Media’s Nate Adams.

“With the state of the COVID world, we set out to make a contained thriller that could be made with the new protocols and wound up creating a non-stop action thriller with two amazing actors that are bringing our characters to life in a way we never had dreamed was possible,” said Salvatore.

“As Indie filmmakers for the last 25 years, we thought we’ve faced every obstacle we could. But as seems to be the case… there is always a new challenge. COVID has made us rethink every aspect of our shoot. What has remained intact is a great cast, director and crew all cooperating as a team to make this terrific film,” added Ornston.

“I have always wanted to do a tight and stylish action thriller. This is going to be a real fun ride and with performances by Morgan Freeman and Ruby Rose, the film is elevated to a higher leve,” commented Gallo. 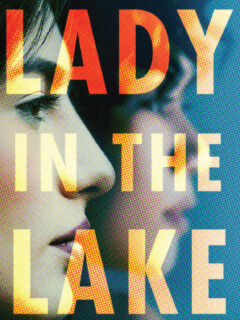 Next
Natalie Portman and Lupita Nyong'o to Star in Lady in the Lake
Click here to cancel reply.
Disclaimer: This post may contain affiliate links through which we earn a commission if you decide to make a purchase, at no cost to you. As an Amazon Associate, we earn from qualifying purchases.
Get The FREE LEGO® Life Magazine! LEGO® Life Magazine is fun for kids 5-10 years old.