Trollhunters: Rise of the Titans Trailer and Key Art Debut

Netflix has released the official trailer and key art for DreamWorks Animation’s Trollhunters: Rise of the Titans, coming to the streaming service on July 21, 2021.

In Trollhunters: Rise of the Titans, Arcadia may look like an ordinary town but it lies at the center of magical and mystical lines that makes it a nexus for many battles among otherworldly creatures including trolls, aliens and wizards.

Now the heroes from the hit series Trollhunters, 3Below and Wizards, team-up in their most epic adventure yet where they must fight the Arcane Order for control over the magic that binds them all.

DreamWorks Trollhunters: Rise of the Titans features an all-star cast of Emile Hirsch (​Once Upon a Time… in Hollywood​) as Jim, Lexi Medrano (Trollhunters​) as Claire, Charlie Saxton (​Hung, Bandslam​) as Toby, and Kelsey Grammer in his Emmy Award-winning role as Blinky.

Also in the cast are Alfred Molina (​Frozen II​) as Archie, Steven Yeun (​Burning, The Walking Dead) as Steve, Nick Frost (Shaun of the Dead) as Stuart, Colin O’Donoghue (​Once Upon a Time) as Douxie, Diego Luna (​Narcos: Mexico​) as Krel, Tatiana Maslany (Orphan Black) as Aja, and Nick Offerman (Parks & Recreation, Fargo) as Vex.

“Team Trollhunters committed, about a decade ago, to try and push the boundaries of 3D CGI animation made for TV. We outlined a vast trilogy of interconnecting mythology and characters that we always hoped could culminate with a massive ‘all-stars’ reunion,” said Guillermo del Toro previously.

He added: “DreamWorks Animation and Netflix both shared the very ambitious notion of doing the three series, interwoven and then finishing off with a bigger, epic-sized feature film to top it all off.”

Are you going to watch Trollhunters: Rise of the Titans? What did you think of the previous three series? Let us know your thoughts in the comments below. 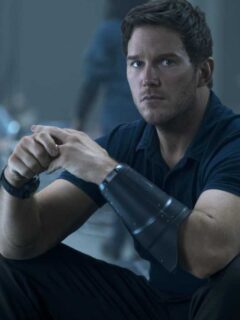 Previous
The Final Trailer for The Tomorrow War 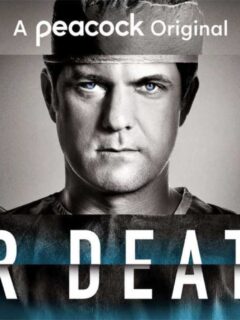 Next
Dr. Death Series Reveals New Trailer and Key Art
Click here to cancel reply.
Disclaimer: This post may contain affiliate links through which we earn a commission if you decide to make a purchase, at no cost to you. As an Amazon Associate, we earn from qualifying purchases.