The New Trailer and Poster for The Addams Family 2

United Artists Releasing and MGM have revealed the new trailer and poster for The Addams Family 2, opening in theaters on October 1, 2021. You can watch the new trailer using the player below and you’ll find the full poster underneath.

Everyone’s favorite spooky family is back in the animated comedy sequel The Addams Family 2. In this all new movie we find Morticia and Gomez distraught that their children are growing up, skipping family dinners, and totally consumed with “scream time.”

To reclaim their bond they decide to cram Wednesday, Pugsley, Uncle Fester and the crew into their haunted camper and hit the road for one last miserable family vacation.

Their adventure across America takes them out of their element and into hilarious run-ins with their iconic cousin, It, as well as many new kooky characters. What could possibly go wrong?

Made for just $24 million, the first film was released on October 11, 2019 and grossed an impressive $203 million worldwide, with $100 million coming from North American theaters and $103 million from overseas markets.

Conrad Vernon and Greg Tiernan are again co-directing The Addams Family 2, based on the Charles Addams’ iconic cartoon series.

The first movie follows the Addams family, whose lives begin to unravel when they face-off against a crafty reality-TV host while also preparing for their extended family to arrive for a major celebration, Addams-style.

Morticia, devilishly devoted to her husband and children, is the pale glue that holds her clan together. Gomez, debonair, sinister and passionately in love with his wife, is enthusiastic about whatever dreadful scheme he’s cooked up.

Wednesday is a brilliant and sinister teenage girl with long braids and dead-pan wit. Pugsley, a menacing 10-year old on over-drive, enjoys getting into any kind of dreadful mischief he can find.

Mad Uncle Fester is good natured, merry and likes to create mayhem any way he can. Grandmama is smitten with her grandchildren who enjoy her cookies shaped like bats and skulls. Margaux Needler, the reality TV makeover queen, is consumed with a desire for absolute suburban, pastel perfection.

Vernon and Tiernan co-directed the first movie from Matt Lieberman’s screenplay. The film was produced by Vernon with Gail Berman, via her The Jackal Group, and Alex Schwartz. 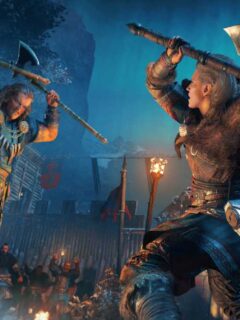 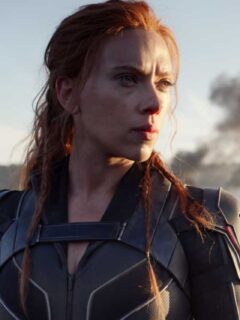 Next
Black Widow and Jungle Cruise Behind-the-Scenes Videos
Click here to cancel reply.
Disclaimer: This post may contain affiliate links through which we earn a commission if you decide to make a purchase, at no cost to you. As an Amazon Associate, we earn from qualifying purchases.