Those Who Wish Me Dead Soundtrack Released

Home » Those Who Wish Me Dead Soundtrack Released

WaterTower Music has announced t release of the Those Who Wish Me Dead soundtrack (check price at Amazon), featuring all new music from prolific, multiple BAFTA and Emmy-nominated composer Brian Tyler (Crazy Rich Asians, the upcoming F9, Avengers: Age of Ultron). Tyler previously collaborated with Those Who Wish Me Dead director Taylor Sheridan on the TV drama Yellowstone.

Those Who Wish Me Dead is set for release in the U.S. in theaters and on HBO Max on May 14, 2021 and will be available on HBO Max for 31 days from release.

To capture the intense action and emotional themes of Those Who Wish Me Dead, Sheridan turned to composer Brian Tyler, as Sheridan feels that the composer’s scoring prowess powerfully encapsulates the breadth of action and emotion in film.

“Brian has done many big films – really massive set-piece movies, explained Sheridan. “With this film, we wanted the score, the sound design, and the sounds of fire to blend together and leave the audience unsure whether it was being guided by a designed sound, by the sounds of the forest or by the score.”

Tyler, who played many instruments on the score — cello, the piano solos, all of the percussion — reflected on his work on the film. “Taylor and I discussed how this film has an array of contrasting thematic tones, such as heartbreak, fear, and hope – all of which needed to be reflected in the music.

“The two main characters are lost souls searching for deliverance. Hannah is a prisoner of her own guilt and memory, while Connor is battling a tragic loss. But this is also a story of human versus nature, as well as the evils of mankind, which is all echoed in the score.”

To provide a unique and inspired sound for this film, Tyler did something he’s never done before. “I recorded the sound of a burning cello that I set ablaze with lighter fluid and played the strings until it burned to a point where it made no sound. That recording of the burning cello recurs as a sonic presence throughout the entire score.

“It pained me to burn a beautiful instrument like that, but I like to think that that particular cello was sacrificed for a good cause.” Not all was lost, the composer assures. “Taylor has the headpiece of the cello which is the only part that survived the fire!”

Those Who Wish Me Dead (Main Theme)

Elegy for a Soul

The Beauty of Time

The Love of a Father

The Calm Inside the Storm

Those Who Wish Me Dead Finale

Directed by Oscar nominee Taylor Sheridan (Hell or High Water, Wind River), Those Who Wish Me Dead stars Oscar winner Angelina Jolie (Girl, Interrupted, the Maleficent films) as Hannah, a smokejumper still reeling from the loss of three lives she failed to save from a fire, when she comes across a traumatized 12-year-old boy with nowhere else to turn. 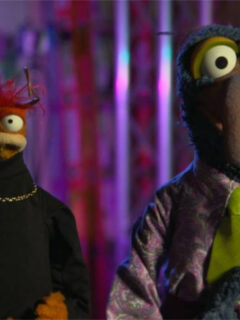 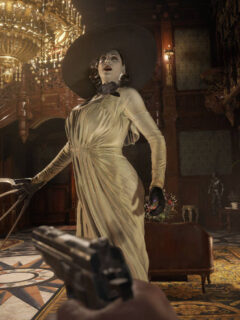 Next
Resident Evil Village Launch Trailer and Details
Click here to cancel reply.
Disclaimer: This post may contain affiliate links through which we earn a commission if you decide to make a purchase, at no cost to you. As an Amazon Associate, we earn from qualifying purchases.
Amazon Prime Day 2021 is June 21 and 22! Click here for the deals.