Netflix’s five-day virtual Geeked Week concluded on Friday with news and first looks at their game-related slate, including such titles as Arcane, Castlevania, The Cuphead Show!, Resident Evil, Splinter Cell, The Witcher and more!

Check out new images and a first-look clip from the Arcane animated series set in the world of League of Legends, one of the most popular games in the world. Arcane will be released on Netflix in the fall of 2021.

Riot Games also released the first-ever Q&A with Arcane co-creators Christian Linke and Alex Yee, where they speak directly to players in a League of Legends-style developer diary video about what went into making the show and a little bit on what they can expect to see.

The Castlevania universe is expanding! Netflix today announced a new series centered around Richter Belmont that is set against the backdrop of the French Revolution.

Discover the first image from the upcoming show based on Tom Clancy’s series of stealth video games and helmed by John Wick writer Derek Kolstad.

Check out the announcement of this new anime adaptation of the Far Cry series, best known for its memorable villains.

CD PROJEKT RED and Netflix today also announced the virtual fan event WitcherCon, unveiling the date and first details of their global online celebration of The Witcher franchise. The companies are coming together to present the first ever multi-format event dedicated to The Witcher universe.

Taking place on Friday July 9th 2021, WitcherCon is an epic event for Witcher fans old and new, bringing together the worlds of The Witcher video games and the TV series. It will feature the following:

The eight-episode series is set nearly three decades after the discovery of the T-virus when an outbreak reveals the Umbrella Corporation’s dark secrets. 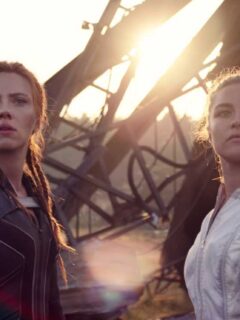 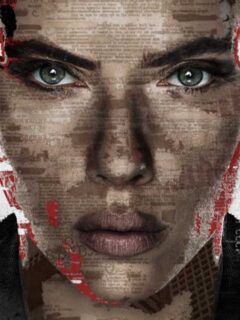 Next
Black Widow IMAX, Dolby, RealD and ScreenX Posters
Click here to cancel reply.
Disclaimer: This post may contain affiliate links through which we earn a commission if you decide to make a purchase, at no cost to you. As an Amazon Associate, we earn from qualifying purchases.
Try Paramount+ for free for 1 month! Click here for details.