The Serpent Queen is a cunning account of one of the most influential women ever to wear a crown. Considered an immigrant, common and plain, Catherine de Medici is married into the 16th century French court as an orphaned teenager expected to bring a fortune in dowry and produce many heirs, only to discover that her husband is in love with an older woman, her dowry is unpaid and she’s unable to conceive. Yet, only with her intelligence and determination, she manages to keep her marriage alive and masters the bloodsport that is the monarchy better than anyone else, ruling France for 50 years.

The STARZ Original series The Serpent Queen is the dark legend centered on de Medici, based on the book Catherine de Medici: Renaissance Queen of France by Leonie Frieda. The series is from, the previously announced, writer and executive producer, Justin Haythe (Revolutionary Road, Red Sparrow, The Lone Ranger). Stacie Passon (Transparent, Dickinson, Billions) will direct multiple episodes, including the premiere episode.

Amrita Acharia as “Aabis”
A member of Catherine’s retinue… Aabis is Muslim, a Moor by birth, but procured and converted by Pope Clement to Christianity after war with Suleiman the Ottoman Emperor. Everything that Catherine is not, with a beauty that regularly invokes the desire of powerful men, she is at first grateful to be rescued by Catherine from the predation of Pope Clement. Once in the Valois court, however, Aabis earns Catherine’s envy and realizes too late she may have entered into a Faustian bargain of her own.

Enzo Cilenti as “Ruggieri”
When Catherine meets the magician and soothsayer, he is peddling his talents on the streets of Florence, alongside peasants and grifters. She invites him to join her retinue with no thoughts to the man’s own agenda or crimes. After he joins her in the French court by becoming her personal guide to the black arts, he changes his life and hers, forever.

Barry Atsma as “Montmorency”
In a royal court where nobody thinks of anything but their own survival and status, Montmorency has the dubious distinction of actually caring about the greater good of the society he serves as its foremost military leader. Concepts like fairness, equality and justice mean something to this man. Consequently, he is almost always a step behind the other members of court, who find him either a bore or a hindrance to their scheming. When Montmorency converts to Protestantism it is that rare thing: genuine. Montmorency’s goodness and wisdom finally win him the trust and faith of King Charles IX, Catherine’s second son. Unfortunately, his guidance of the young monarch puts him directly in Catherine’s cross hairs – provoking her rage, hatred and ultimately, deadly vengeance.

Nicholas Burns as “Antoine de Bourbon”
The eldest of the Bourbon brothers, Antoine, was married to Jeanne D’Albret, the daughter of Marguerite, Queen of Navarre and King Francis’s sister. In this way his father hopes the Bourbons will move closer to the Valois. But Antoine is lazy and a sensualist, much more motivated by his own comforts and titillations than any power plays.

Danny Kirrane as “Louis de Bourbon”
Louis is the stronger willed and more intelligent Bourbon brother. He is not as easy for the Valois to manipulate and ridiculebut he is not as intelligent as he thinks himself to be.

Charles Dance as “Pope Clement”
Catherine’s uncle was appointed to the papal throne not because of any religious faith but because the Medicis know in order to rule well they have to make a member of their own family the head of the Catholic Church. Clement wields his influence with the houses of the European monarchies primarily to indulge his vices. He is sexually promiscuous and in love with luxury. As Catherine’s guardian he arranges her match to the French prince and thinks little of the false promises he makes to bring it to fruition. It is left to Catherine to face the consequences of his actions…

Ludivine Sagnier as “Diane”
Diane de Poitiers cultivates every ideal of her time and place in order to secure her own position and power. Obsessed with maintaining her famous beauty, she is a consummate athlete, loves to swim and can keep up with any man on horseback. Well-read and well-informed, she can converse on the topics of the day, charming her superiors while keeping her inferiors in their place, all the while maintaining the air of unimpeachable morality. In other words, Diane’s the queen of the popular crowd whose clothes you want to copy and parties you want to be invited to and hit list you never want to be on. These characteristics make her just as modern as Catherine, who is initially flattered to be taken under the older woman’s wing, only to feel the sting of her betrayal. Since Diane assumed a maternal role in Henri’s life after he returned to France from Spanish jail, Catherine believes Diane when she says she will help her win over her new husband. It’s only a matter of time before she discovers Diane is actually competing with her for Henri’s bed despite the fact that she is old enough to be his mother.

Liv Hill as “Young Catherine”
Catherine de Medici is orphaned soon after her birth due to the venereal disease her father contracted in a brothel and spends most of her childhood in a convent near Florence. Her nature, from the start, is that of a survivor, a fighter, someone who is unwilling to be marked by her misfortunes.

When the city is sacked by rebel soldiers, she is captured and held for ransom. Her uncle, the flatulent Pope Clement, rescues her and sends her to France in an arranged marriage to forward his own political ambitions. At every turn, even early in life, Catherine understands the selfish motivations of those around her and seeks to manipulate them and assert herself.

Catherine’s arrival at the Valois court, a backstabbing, sexually corrupt and politically insecure place is at once the greatest challenge and biggest opportunity of her life.

Kiruna Stamell as “Mathilde”
A little person and a Florentine by birth, Mathilde was conscripted as a servant in the monastery where Catherine was raised. When Catherine is married into the French court, she takes Mathilde along, therefore she owes Catherine her freedom. Mathilde is by nature exuberantly amoral and therefore Catherine’s perfect companion. Once in the Valois court, Mathilde is promoted to the role of royal fixer, even committing murder on Catherine’s behalf. Only time will tell whether her loyalty will buy her survival.

Colm Meaney as “King Francis”
Francis is virile, militaristic and in possession of an easy command of power due to an outsized ego, voracious appetites and (now long past) exploits on the battlefield. The first time Catherine meets him, she waits, with the entire court, while he is pleasured by his favorite mistress (a real event from the history books). Though plagued with various sexually transmitted diseases, Francis’s strength, self-belief, and need to bend others to his will, ensures a kind of order as long as he is on the throne. Catherine recognizes this immediately and makes herself his best pupil. 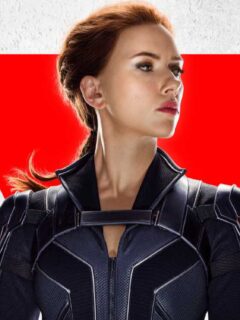 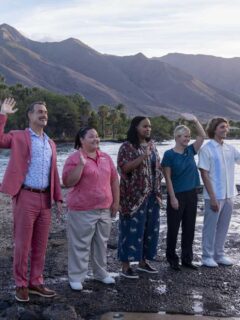 Next
HBO Reveals Oslo and The White Lotus Series
Click here to cancel reply.
Disclaimer: This post may contain affiliate links through which we earn a commission if you decide to make a purchase, at no cost to you. As an Amazon Associate, we earn from qualifying purchases.
Amazon Prime Day 2021 is June 21 and 22! Click here for the deals.