The Plot Against America to Debut in March on HBO

Home » The Plot Against America to Debut in March on HBO

The Plot Against America, a limited series based on the acclaimed Philip Roth novel of the same name, imagines an alternate American history during World War II, told through the eyes of a working-class Jewish family in New Jersey as they endure the political rise of Charles Lindbergh, an aviator-hero and xenophobic populist, who captures the presidency and turns the nation toward fascism. Created by frequent collaborators David Simon and Ed Burns (HBO’s The Wire and Generation Kill), the six-part limited series debuts Monday, March 16 (9:00-10:00 p.m. ET/PT), exclusively on HBO.

The limited series will also be available on HBO NOW, HBO GO, HBO On Demand and partners’ streaming platforms.

“As one of our greatest novelists, Philip Roth was generally more known for narratives that went directly to the human heart and the human condition,” says Simon, who was able to meet with Roth once to discuss the project before the novelist’s death in 2018. “But with ‘Plot,’ he delivered an emotionally moving political tract about our country taking a dry run at totalitarianism and intolerance. That it was published in 2004 makes it no less prescient a document at this moment in time. Roth was warning us that it can happen here. And it can.”

The limited series stars Zoe Kazan (HBO’s The Deuce) as Elizabeth “Bess” Levin, an insightful mother and homemaker who fears for the future as she tries to protect her family amid the escalating political climate; Morgan Spector (HBO’s Boardwalk Empire and the upcoming The Gilded Age) as Herman Levin, her proud and opinionated husband who works as an insurance agent and tries to maintain normalcy and assert himself as an American citizen even as his country seems to be slipping into fascism, anti-Semitism and xenophobic isolationism; Winona Ryder (HBO’s Show Me a Hero) as Evelyn Finkel, the unmarried, older sister to Bess whose own plans were arrested by years of caring for her infirm mother and is hungry to find her own place in life; John Turturro (HBO’s The Night Of) as Rabbi Lionel Bengelsdorf, a politically conservative rabbi transplanted from Charleston, S.C. who seizes the reins of history to become a key figure in the emergent Lindbergh administration; Anthony Boyle (Broadway’s Harry Potter and the Cursed Child) as Alvin Levin, the angry orphaned nephew who allows his own sense of injustice and political differences with his Uncle Herman to carry him from the streets of Newark to the battlefields of Europe and then back again; Azhy Robertson (Marriage Story) as ten-year-old Philip Levin, the youngest of the Levin clan who copes with his own innocent curiosity and growing anxiety in a world that seems to be collapsing around him; and Caleb Malis (Blood Widow) as Sandy Levin, the Levin’s artistic teenage son who rebels against his parents as his adolescence becomes entangled with his growing admiration for Lindbergh.

The premiere episode (Monday, March 16 at 9:00-10:00pm ET/PT), begins the narrative on the eve of the 1940 election cycle, as the two-term Presidential incumbent Franklin Roosevelt, as professional a politician as a democracy can produce, suddenly finds himself challenged by a political outsider. Lindbergh has won fame through his legendary solo flight across the Atlantic 13 years earlier and is, in the minds of many Americans, among the country’s greatest heroes. But the election contest becomes much more fraught for the residents of Newark’s Jewish enclave of Weequahic when Lindbergh stakes his insurgent campaign on the promise that he will keep America out of the European war, that he will remain neutral between Nazi Germany and the Allied powers, and most controversially, he names American Jews as being war instigators and disloyal to the true interests of America. The anti-Semitism and xenophobia strike a chord with many Americans, who begin to regard fellow countrymen and outsiders alike with suspicion.

Directed by Minkie Spiro (HBO’s The Deuce) with a teleplay by Burns & Simon, this first hour of the series finds Herman Levin (Morgan Spector) anticipating a promotion at work and taking his family to look at a house in an upwardly mobile neighborhood, though Bess (Zoe Kazan) is wary of leaving the safety of their tight-knit Jewish community and raising a family amid growing anti-Semitism sparked by Lindbergh’s ascendancy. As the family spinster, her sister Evelyn (Winona Ryder) has a disappointing rendezvous with a married lover, but later, finds herself charmed by a distinguished local clergyman, Rabbi Lionel Bengelsdorf (John Turturro). Meanwhile, getting an earful from Herman (Spector) for being fired from his job, his orphaned nephew, Alvin Levin (Anthony Boyle) seeks retaliation for an aggrieved friend.

The second episode (Monday, March 23 at 9:00-10:00pm ET/PT), also directed by Spiro with a teleplay by Simon and Burns, sees Lindbergh’s increasingly popular campaign sweep through the United States and capture some in the Levin family as well as Bengelsdorf (Turturro), with Evelyn (Ryder) as his assistant and lover, becoming a fundamental asset in the Lindbergh camp , while Sandy (Caleb Malis), enamored of the aviator’s charm, celebrity, and history, begins a rebellion of his own within the family of New Deal Democrats. Meanwhile, Alvin (Anthony Boyle) brings his pride and conscience to bear as he must decide between serving a local real estate magnate and developer or risking an open fight with the fascist forces he sees spreading across the world.

The ensuing third episode is also helmed by Spiro, while Thomas Schlamme (The West Wing) directs the concluding three hours of the six-part series. 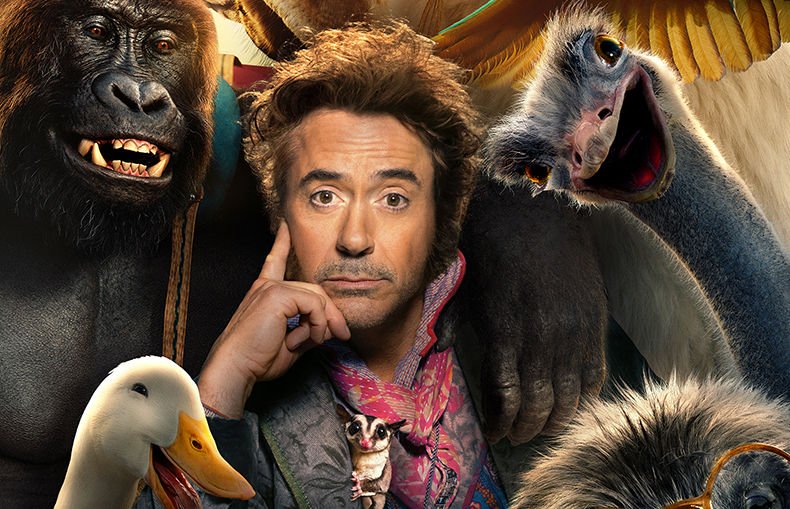 Next
Insecure Season 4 Premiere Date and Trailer Revealed
Click here to cancel reply.
Disclaimer: This post may contain affiliate links through which we earn a commission if you decide to make a purchase, at no cost to you. As an Amazon Associate, we earn from qualifying purchases.