Showtime today announced the premiere date for The L Word: Generation Q and revealed the first teaser trailer, which you can watch using the player below.

The L Word: Generation Q will return with its first new episode on Friday, August 6, available on streaming and on-demand for all Showtime subscribers, before making its on-air debut on Sunday, August 8 at 10 p.m. ET/PT.

Each new episode of the second season will be available on Fridays to stream via on-demand.

Based on the groundbreaking drama series The L Word, season two of The L Word: Generation Q will continue to follow the intermingled lives of Bette Porter (Jennifer Beals), Shane McCutcheon (Katherine Moennig), and Alice Pieszecki (Leisha Hailey) as they experience love, heartbreak, setbacks and success in L.A.

In addition, Jordan Hull has been upped to series regular this season playing Angie, the daughter of Bette Porter and Tina Kennard (season one guest star Laurel Holloman).

O’Donnell will play Carrie, a brash and kindhearted public defender who is thrust into Bette’s life and quickly gets under her skin. Faison will play Tom, a self-deprecating editor who works with Alice.

Dunne will play Isaac, one of the biggest international art mega-dealers who Bette comes to know.

Are you looking forward to The L Word: Generation Q Season 2? What did you think of the first season? Post your thoughts in the comments below. 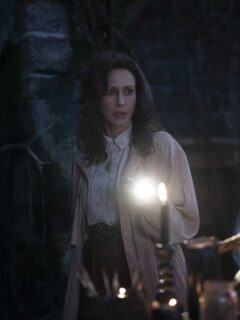 Previous
The Final Trailer for The Conjuring: The Devil Made Me Do It 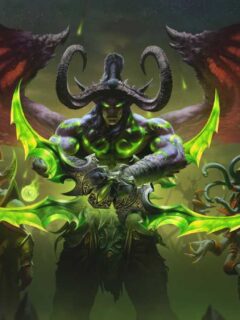 Next
Burning Crusade Classic Is Now Live in World of Warcraft
Click here to cancel reply.
Disclaimer: This post may contain affiliate links through which we earn a commission if you decide to make a purchase, at no cost to you. As an Amazon Associate, we earn from qualifying purchases.
Try Paramount+ for free for 1 month! Click here for details.