The Harder They Fall & Gone for Good First Looks Revealed

Netflix today released the official teaser trailers for both the feature The Harder They Fall and the French original series Gone for Good. You can watch the teasers using the players below.

Coming to select theaters and the streaming service this fall, The Harder They Fall is directed by Jeymes Samuel from a script by Samuel and Boaz Yakin.

In the movie, when outlaw Nat Love (Jonathan Majors) discovers that his enemy Rufus Buck (Idris Elba) is being released from prison, he rounds up his gang to track Rufus down and seek revenge.

Rufus Buck has his own fearsome crew, including “Treacherous” Trudy Smith (Regina King) and Cherokee Bill (LaKeith Stanfield), and they are not a group that knows how to lose.

The Harder They Fall is produced by Shawn Carter, James Lassiter, Lawrence Bender and Jeymes Samuel.

Check out the teaser trailer below and read on for more on Gone for Good.

Guillaume Lucchesi (Finnegan Oldfield), in his thirties, thought he had drawn a line under the terrible tragedy which saw the two people he loved the most die: Sonia (Garance Marillier), his first love, and Fred (Nicolas Duvauchelle), his brother.

Ten years later, Judith (Nailia Harzoune), whose love has made his life worth living again, suddenly disappears during his mother’s funeral. To find her, Guillaume will have to face all the truths that were hidden from him by his family and friends, as well as those that he’d long decided to ignore. For better, but mostly for worse.

Gone for Good is yet another collaboration between Harlan Coben and Netflix, adding to Polish series The Woods, British series The Stranger and upcoming Spanish series El Inocente.

“Netflix has been a wonderful partner in adapting my novels in a variety of countries – and it’s a particular thrill to be making Gone For Good in France. I’m honored to be working with this incredibly talented French cast and crew.” said producer and writer Harlan Coben.

Damien Couvreur, head of original French series at Netflix, added: “We are so excited that Harlan Coben and Calt Studio are bringing this gripping story to France. Gone for Good has all the ingredients of his great thrillers that have consistently sparked joy with our members.”

Are you going to watch the series? Let us know your thoughts in the comments below. 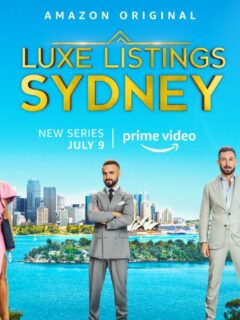 Next
Sex Education Season 3 Release Date and Photos
Click here to cancel reply.
Disclaimer: This post may contain affiliate links through which we earn a commission if you decide to make a purchase, at no cost to you. As an Amazon Associate, we earn from qualifying purchases.