Posted on Published: May 11, 2021 Categories Movies

An epic fantasy adventure based on the timeless Arthurian legend, The Green Knight tells the story of Sir Gawain (Dev Patel), King Arthur’s reckless and headstrong nephew, who embarks on a daring quest to confront the eponymous Green Knight, a gigantic emerald-skinned stranger and tester of men.

Gawain contends with ghosts, giants, thieves, and schemers in what becomes a deeper journey to define his character and prove his worth in the eyes of his family and kingdom by facing the ultimate challenger.

From visionary filmmaker David Lowery comes a fresh and bold spin on a classic tale from the knights of the round table.

The story is based on the poem of Sir Gawain and the Green Knight. According to Wikipedia, the poem “describes how Sir Gawain, a knight of King Arthur’s Round Table, accepts a challenge from a mysterious ‘Green Knight’ who dares any knight to strike him with his axe if he will take a return blow in a year and a day.

“Gawain accepts and beheads him with his blow, at which the Green Knight stands up, picks up his head and reminds Gawain of the appointed time. In his struggles to keep his bargain, Gawain demonstrates chivalry and loyalty until his honour is called into question by a test involving Lady Bertilak, the lady of the Green Knight’s castle.”

Edgerton made his directorial debut on 2015 film The Gift, which he also wrote and produced. He also wrote, directed and produced 2018 release Boy Erased. 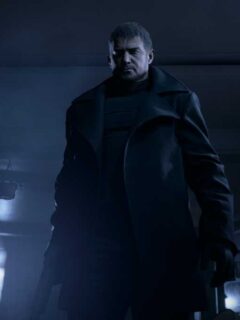 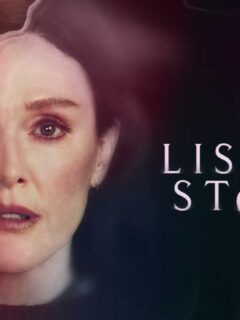 Next
Go on a Bool Hunt with the Lisey's Story Trailer
Click here to cancel reply.
Disclaimer: This post may contain affiliate links through which we earn a commission if you decide to make a purchase, at no cost to you. As an Amazon Associate, we earn from qualifying purchases.
Amazon Prime Day 2021 is June 21 and 22! Click here for the deals.