The Falcon and The Winter Soldier TV Spot Debuts

Home » The Falcon and The Winter Soldier TV Spot Debuts

In addition to the recently-released official trailer, Marvel Studios has brought online a TV spot for the highly-anticipated The Falcon and The Winter Soldier! You can watch the TV spot by using the player below.

The pair, who came together in the final moments of Avengers: Endgame, team up on a global adventure that tests their abilities – and their patience. The all-new, six-episode series debuts exclusively on Disney+ March 19, 2021.

Are you looking forward to The Falcon and The Winter Soldier? Let us know what you think in the comments! 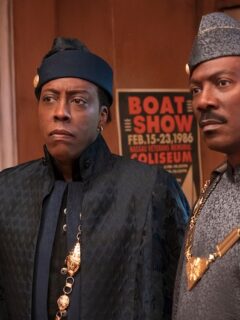 Next
Coming 2 America Cast on the Anticipated Sequel
Click here to cancel reply.
Disclaimer: This post may contain affiliate links through which we earn a commission if you decide to make a purchase, at no cost to you. As an Amazon Associate, we earn from qualifying purchases.