Disney today announced that The Falcon and The Winter Soldier series premiere ranks as the most watched ever on the company’s Disney+ streaming service. Disney looked at the numbers from Friday, March 19 through Sunday, March 22 – it was the most watched title overall on the service on a global basis, including in Disney+ Hotstar markets.

The premiere of The Falcon and The Winter Soldier series joins the premieres of Marvel Studios’ first live-action series, WandaVision, and the season two premiere of The Mandalorian from Lucasfilm as the three most-watched Disney+ Original series opening weekends to-date.

The Falcon and The Winter Soldier follows Marvel Studios first series created for Disney+, WandaVision. The series stars Elizabeth Olsen as Wanda Maximoff, Paul Bettany as Vision, Kathryn Hahn as Agnes, and Teyonah Parris as Monica Rambeau, who was introduced to audiences in Captain Marvel.

Three new series for Disney+ were revealed, including the Samuel L. Jackson-starrer Secret Invasion, Ironheart with Dominique Thorne as a genius inventor, and Armor Wars, starring Don Cheadle as James Rhodes aka War Machine who faces Tony Stark’s worst fears. These will join the studios robust lineup of Disney+ titles including WandaVision, The Falcon and The Winter Soldier, and Loki. 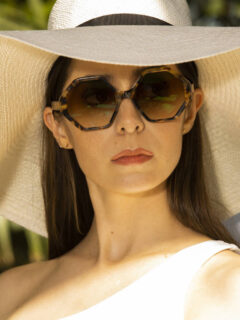 Next
Made for Love Trailer Featuring Cristin Milioti
Click here to cancel reply.
Disclaimer: This post may contain affiliate links through which we earn a commission if you decide to make a purchase, at no cost to you. As an Amazon Associate, we earn from qualifying purchases.
Get The FREE LEGO® Life Magazine! LEGO® Life Magazine is fun for kids 5-10 years old.