New The Falcon and The Winter Soldier Posters and Legends Trailer

Check out Marvel Studios’ The Falcon and The Winter Soldier posters, featuring Anthony Mackie as Sam Wilson aka The Falcon, Sebastian Stan as Bucky Barnes aka The Winter Soldier, Daniel Brühl as Zemo, and Emily VanCamp as Sharon Carter. You can check out the posters below.

The all-new, six-episode series streams exclusively on Disney+ beginning March 19, 2021, two weeks after we saw the series finale of WandaVision.

Not only that, but Marvel has released a new trailer for an upcoming episode of Legends featuring the new series, which you can watch in the player below.

How did Sam become Falcon? When was Bucky’s mind healed? What drove Sharon underground?

Sam and Bucky, who came together in the final moments of Avengers: Endgame, team up on a global adventure that tests their abilities – and their patience.

What do you guys think of the new The Falcon and The Winter Soldier posters and the trailer for Legends? Let us know in the comments or tweet us @vitalthrillscom.

Previous
Zynga Teams with Girls Who Code for Women in Tech 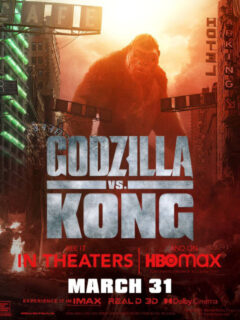 Next
5 New Godzilla vs. Kong Posters Debut!
Click here to cancel reply.
Disclaimer: This post may contain affiliate links through which we earn a commission if you decide to make a purchase, at no cost to you. As an Amazon Associate, we earn from qualifying purchases.
Get The FREE LEGO® Life Magazine! LEGO® Life Magazine is fun for kids 5-10 years old.